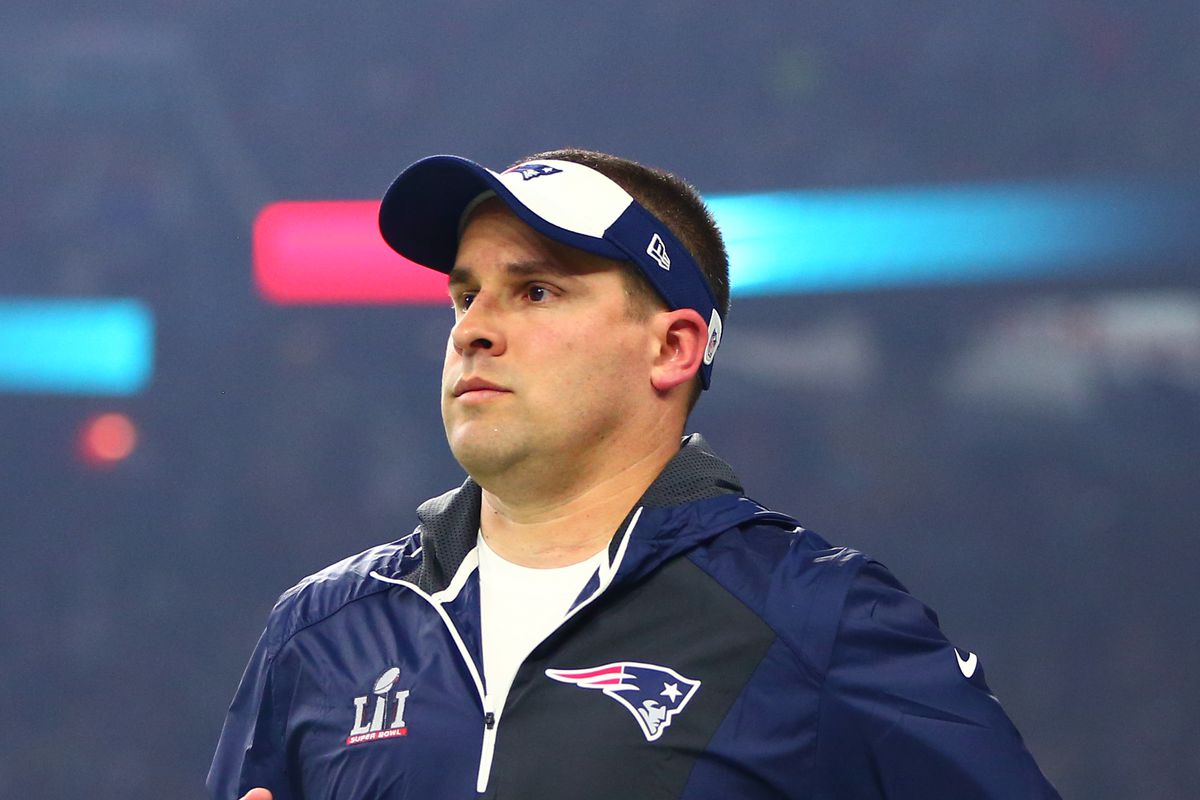 As the Panthers’ coaching search now enters the second week, we have a much clearer idea of what the Panthers might be looking for and – crucially – who they are actually looking to hire as the fifth head coach in franchise history.

While they will still have to wait for some coaches to be eliminated from the playoffs – nice job on that overtime, Kevin Stefanski – before they are able to hire them, we do now know that the Panthers are reportedly scheduled to interview Patriots’ offensive coordinator Josh McDaniels on Friday after spending the week speaking to Stefanski, Matt Rhule, and Perry Fewell after already interviewing Eric Bienemy and Mike McCarthy.

With that in mind, and in the knowledge that this is somebody the Panthers are seriously looking at, what does Josh McDaniels offer from a scheme point of view – and would he make sense for the Panthers?

Before we get into plays in detail, it is worth noting that what the Patriots do on offenses changes a lot week to week – this ability to tailor what they do for specific opponents is something that many former Patriots players have mentioned in the week leading up to their Wild Card loss on Saturday. Sometimes they came out and ran the ball a lot from under center, often with a fullback and multiple tight ends; at others, they used a lot of jet motion; still at others, they came out and threw the ball from the shotgun at every opportunity. There is not the same ever-present philosophy that is there with coaches such as Stefanski, Roman or McCarthy, but rather a pragmatism typical of what the Patriots have done so well over the past decade-plus.

Of course, as an offense, you have to have more than just pragmatism – so how does Josh McDaniels look to generate yardage from these various looks and in these various ways?

A lot of what the Patriots run both in the passing game and the running game is fairly similar to bits and pieces of what many other teams are running around the NFL, in terms of outside zone and occasional pieces of straight power. However, there are also some things that the Patriots have run this season under McDaniels that look to add interesting wrinkles to otherwise commonplace NFL approaches.

Let’s take the following play as a fairly straightforward example:

As always, let’s take a look at this play in terms of the assigned blocks:

The slot receiver the kicks up onto the safety with the key block being that of the H-back, who kicks across to seal off the nose tackle to create an inside rushing lane. The purpose of plays such as this is that by leaving a defender unblocked initially on the interior of the defense, the Patriots were able to create a leverage advantage inside where one didn’t previously exist, and that by purposely leaving the nose tackle unblocked as opposed to an edge rusher, the Patriots were able both to catch the defender somewhat by surprise and also limit the chance of the unblocked defender penetrating and disrupting the play.

Ultimately, the success of this play was limited by the block on the safety (#29); this is really the only block a player is asked to make which isn’t very straightforward, but even with the safety ultimately being able to get the better of his blocker, this play was still able to get ahead of the chains by finding a way to move defenders while still giving the offensive line manageable blocks. There have been a lot of criticisms leveled at the Panthers’ offensive line recently, but if McDaniels is made the new head coach, just simplifying their jobs in the run game could go a long way to helping them improve.

One of the other challenges the Panthers have had at times this season is being able to drive the ball over the line when in the red zone, and while this has been magnified somewhat by the fact that the Panthers lost a number of games at the end in that exact situation, this is still something that needs to improve going forward. One other interesting thing about McDaniels’ offense is his ability to run the ball near the goal line – and in particular how he has been able to use fullbacks effectively both in this regard and in general.

Yes, the Pats couldn’t score from inside the five-yard line this weekend and their 60.61 goal-to-go percentage was sixth-worst in the league, but let’s take a look at what they do down there anyway.

The Patriots use a fullback an awful lot, far more than some might expect for an offense that is most often associated with Tom Brady, but while they do use this in combination with a lot of power concepts, as above, they also look to introduce their own wrinkles:

The first thing to note here is the way they bring the receiver in motion across the line before looking to use him as an interior blocker, and the value of doing this becomes even clearer when viewing the blocking assignments:

One of the big challenges a team faces when looking to run the ball in the red zone is that, unlike in the rest of the field, the defense is able to be far more compact vertically, and so a safety who would normally be 20 yards off the line of scrimmage looking to play the pass can now be five yards off the line of scrimmage while still being able to play the pass in the same way. This means that – ahem – unless the quarterback is going to be an involved part of the running game, there are always going to be two unblocked defenders, with at least one of those being around the line of scrimmage. The other effect of this is that it is almost impossible to double any of the defensive linemen, at least beyond helping the center off the of the line of scrimmage, and so it is very hard to drive defenders backwards across the board.

So what the Patriots do here can be broken down into a few different parts.

In combination, this creates a large gap between the right tackle and the tight end, through which the receiver and fullback can then pull, with space for the running back to fit through as well. As the defender running across the line with the receiver needs to stay outside him to maintain gap control, when the receiver then kicks out the linebacker and the fullback then kicks up to the second level and kicks-out the middle linebacker, a seam is created between them and the right tackle with the other defender (#21 here) left outside unable to get back into the play.

This is largely what happens, but how this play works in detail can best be seen at how it has developed partway through:

What ultimately limits this play is the block by the right tackle, who allows his defender to penetrate enough to slow down the play, allowing the gap to close before the running back is able to completely make his way through it. Some of this is due to the good play of the defender, and some is down to the poor technique of the right tackle, but even with this, the play is still able to get ahead of the chains despite the field being congested due to the short field.

The Patriots run game isn’t revolutionary in the way that some of what the Ravens have run in recent years has been, but it has been very good at taking concepts that are run by a lot of other teams around the league and tweaking them slightly in order to make things easier for the offensive line, and so allows them to be consistently effective running the ball even when they don’t have an offensive line composed of All-Pros.

The Panthers do need to continue to invest in their offensive line, but having an offensive scheme that takes pressure off the offensive line rather than piles it on them will only help matters.

Players Ratify New CBA: What It Means For The Pant

We hope that you and your loved ones are safe duri