Film Room: Why The Panthers Coaching Staff Is Excited About Juston Burris 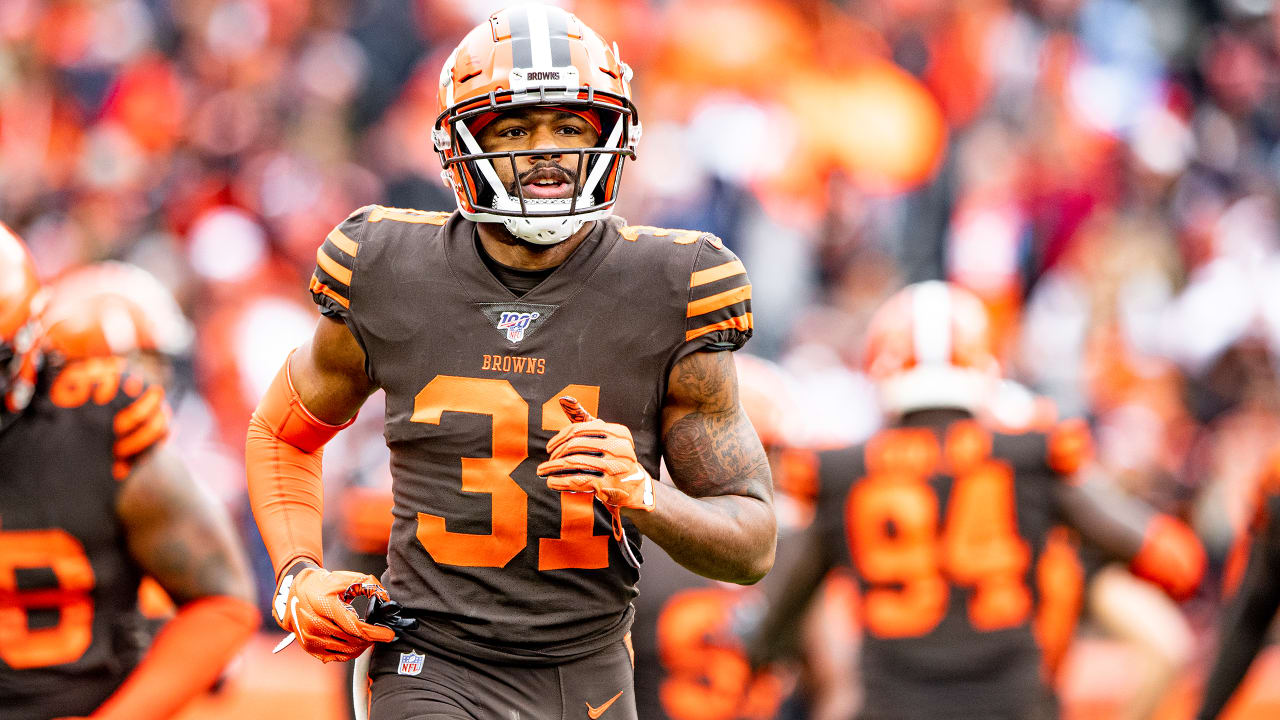 The Panthers have made an awful lot of roster changes this offseason, something that is fairly typical for a team coming off a 5-11 season with an almost entirely new coaching staff – so it would be easy for some of their new acquisitions to get somewhat lost in the mix.

However, one name that both Matt Rhule and new DC Phil Snow have been quick to mention throughout the offseason is free-agent signee Juston Burris – It is clear that they expect him to be a key part of the defense in 2020 and beyond.

“There’s a couple of guys that I’m really anxious to see because I think they’re on the come,” Snow told The Mac Attack on WFNZ last month. ‘That’s Juston Burris and Stephen Weatherly….[Burris] has played nickel, he’s play safety and he’s played pretty well – he’s big and he can run. I’m anxious to see, I think he’s going to come into his own.”

Given that we’ve already examined Weatherly in detail, it seems as though it would be worth taking a moment to examine what Burris can offer the Panthers – and how he might fit into what Carolina and Phil Snow are looking to do defensively.

Superficially, Burris should be something of a known entity as an NFL player, having already spent four seasons in the NFL with 11 starts in 52 career games, but having transitioned to safety from corner in the past couple of years and having made nine of his 11 career starts last season, as a safety, Burris is still quite a young player. It is clear that this sense of potential yet to be fully realized is one of the aspects of Burris’ game that appeals most to the coaching staff – that his arrow is still pointing upwards despite the fact that he will turn 27 just before the season.

Some of this potential stems from his athletic ability and it probably shouldn’t be a surprise that a corner converted to playing safety wouldn’t struggle for speed – but his cornerback background really shows up in a couple of positive ways. The first of these is his ability to take away vertical routes over the top of the defense as a centerfield safety in either Cover 1 or Cover 3, which he shows on the following play:

The other way it shows up is in his ability to work deep zones while maintaining his backpedal, making it easier for him to react back underneath to routes while also staying over the top. This is shown in the following play, where working what looks to be an inside deep quarter, he is able to remain in his backpedal during his drop – which then allows him to break fluidly on the route breaking underneath him (Burris starts by the right hash at the 30-yard line on this play):

However, in terms of areas where he could stand to improve, he needs to make sure he doesn’t stop his feet at the head of routes as he does on the following play, as while this is generally a positive play, keeping those feet moving in this case might have been the difference between a contested completion and an incompletion (Burris is lined up as the safety on the strong side of the field this play):

While it seems unlikely that the Panthers will use him much in this way, his speed also showed up when he used to play outside corner, where he was able to run vertically with receivers from the line:

However, as well as being able to offer the Panthers value in terms of deep coverage, Burris’ athleticism also allows him to play man coverage at a high level, and this is something he did extensively in the Browns’ game last season with the Steelers, matching up with tight end Vance McDonald in man coverage and consistently coming out on top:

This really indicates the breadth of what the Panthers seem to want their safeties to be able to do: be able to drop into deep zone on one play and play in man coverage in the slot the next. What is also really encouraging in terms of this usage is the way he works down the line from deep starting points, something that Phil Snow certainly asked his safeties to do a fair amount last season at Baylor:

While Burris certainly didn’t show a poor reading of the game on tape, his ability to process and recognize in real time also wasn’t something that jumped off the screen in a positive or negative way – but if he is able to show that he can do this, then he certainly has the ball skills to take advantage:

It is easy to see what the Panthers coaches are so encouraged about with Burris on tape, he has the ability to play a range of different coverage roles to a high level with the range and ball skills to be a constant interception threat on the back end while also being able to come down and cover in the slot. The questions about Burris are going to be more about the details, and the fact that he has only nine career starts at safety goes a long way to explaining why those details are still question marks, but ultimately it is the answer to those questions that will determine at what level he ends up playing.

Of course, safeties have to be able to do more than just cover, and while Burris’s value will largely come from his ability to impact the passing game, he will also need to be able to hold his own as a run defender. Judging how he might get on in this regard is made somewhat hard to do by the fact that Burris spent a lot of his time with the Browns playing deep and didn’t play a major part in their run defense, but Phil Snow made it very clear that the Panthers will expect him to play down in the box as well as times:

“Today, in most defenses, the safeties have to be involved in the box and will do that. I think Burris can do that,” said Snow last month when we spoke via teleconference.

There are some indications on tape that he can play in the box in this way, mostly from the Steelers game where he spent a fair amount of time around the box, where he did a decent job of extending his arms to keep blockers at bay:

But this is really the part of his game that is hardest to make much of a statement about – if the Panthers are going to play him around the line of scrimmage more than the Browns did, this is something where he will need to show that he can do more than he was asked to do on tape.

It is hard to think of many players who have a similar trajectory to Burris, and it would be foolish to pretend that his path from highly promising rotation player to defensive foundational piece is not one without some notable road bumps – but there is also an awful lot on tape to like and if the Panthers really do have a clear idea of how they want to use him, Burris has a genuine chance to become a major piece of their defense moving forward.