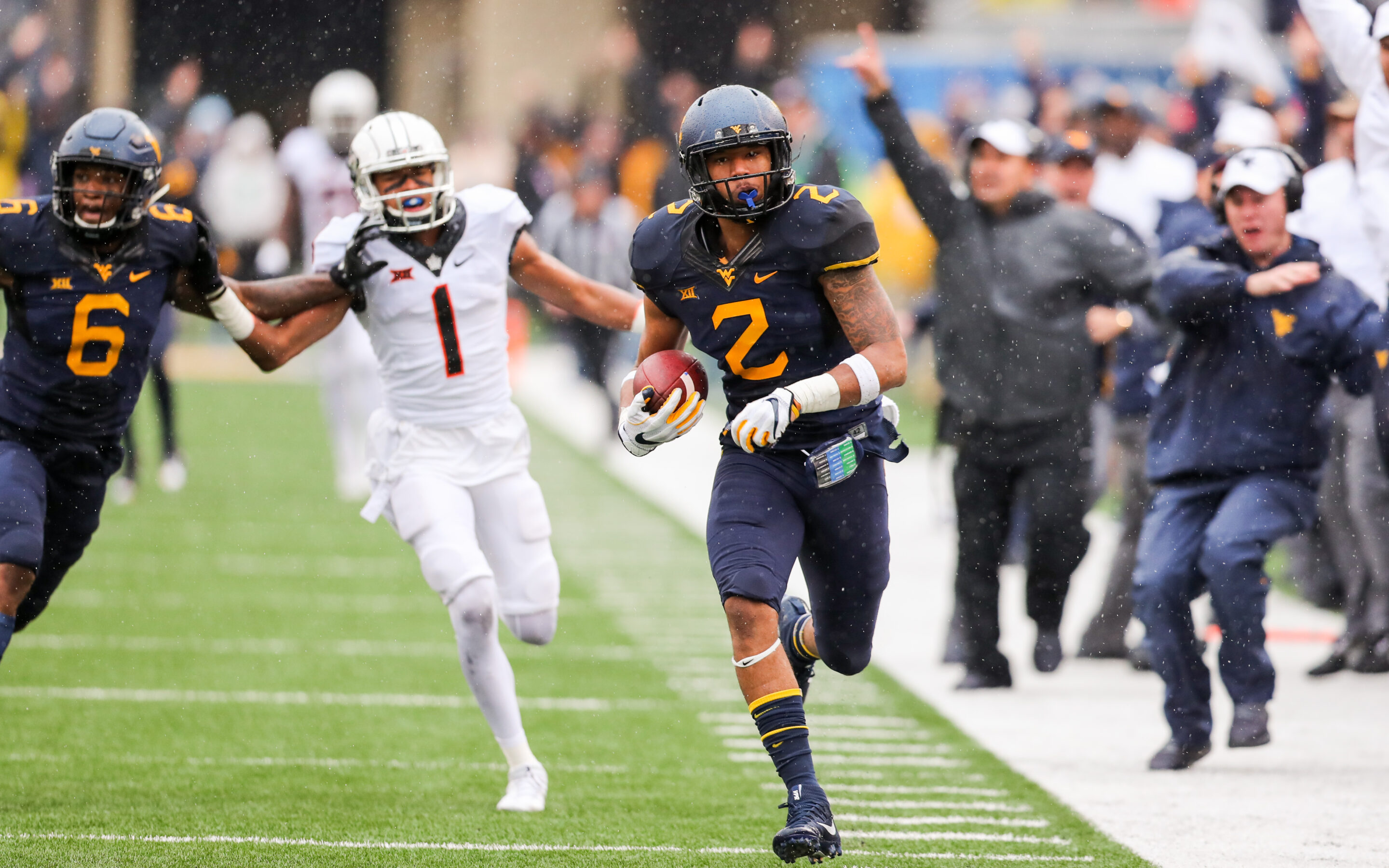 Kenny Robinson, Jr. became the fifth consecutive defensive player selected by the Panthers to open the 2020 NFL Draft when they chose him with the 152nd pick in the fifth round – and like those selected before him, he fills a need on a defense that was one of the worst in the NFL last season and had multiple holes after Rhule and GM Marty Hurney allowed many starters to leave in free agency.

But unlike Derrick Brown, Troy Pride, Yetur Gross-Matos and Jeremy Chinn, Robinson has professional football experience after playing two games in the now-defunct XFL, which canceled it’s season after only two games due to the COVID-19 pandemic – Robinson joined the XFL after being expelled from West Virginia for academic fraud.

Robinson made a mistake – we all have.

But he admits fully to the blunder – asking a classmate to complete an online assignment for him while he attended a funeral in his hometown – and when faced with the choice between sitting out a year as a transfer to another football program or entering the XFL Draft so that he might be able to provide for his mother, who was no longer working after suffering two strokes in the span of a year and being diagnosed with colon cancer, he chose the XFL.

He outlined his decision – and his apology – in a passionate letter to NFL general managers in the Players’ Tribune.

“Honestly, I felt like it was major for me to be honest,” said Robinson about his letter to GMs in an introductory call with the Panthers media. “Because I felt like me owning up to my mistakes was a major part of it. A lot of people have problems with owning up to their mistakes and I felt like I needed to make that a point that I own up to my mistake – I knew it was a mistake, but I learned from it and I was moving on and becoming a better person.”

Robinson’s mother is cancer-free now, having been released from the hospital a couple of weeks before the quarantine began. She’s been in a good mood since then – and after hearing that Robinson was going to be a Panther, she was in a great one.

On the Zoom with Panthers fifth round pick Kenny Robinson, here he is on why he wanted to write this piece for the Players Tribune owning up to his mistakes —-> https://t.co/SIV8uRAjBB pic.twitter.com/FbwWkTo8sQ

Despite his bumpy road to the NFL, being a professional football player after recording seven interceptions – two of which were returned for touchdowns – in 23 games at both cornerback and safety at West Virginia, his time in the XFL may have actually sped up his development. While others were playing in college, he was a professional – studying the 3–4, Cover 4, and Cover 6 schemes instead of the Cover 3 that West Virginia ran.

“It was the best decision for me and my family,” said Robinson. “The XFL benefited me in so many ways – I was a professional football player for a year and the way that they treated me in the XFL, allowing me to do things on my own, putting in extra work, having to do things on my own time [improved my] time management skills.”

“The XFL gave me that opportunity.” 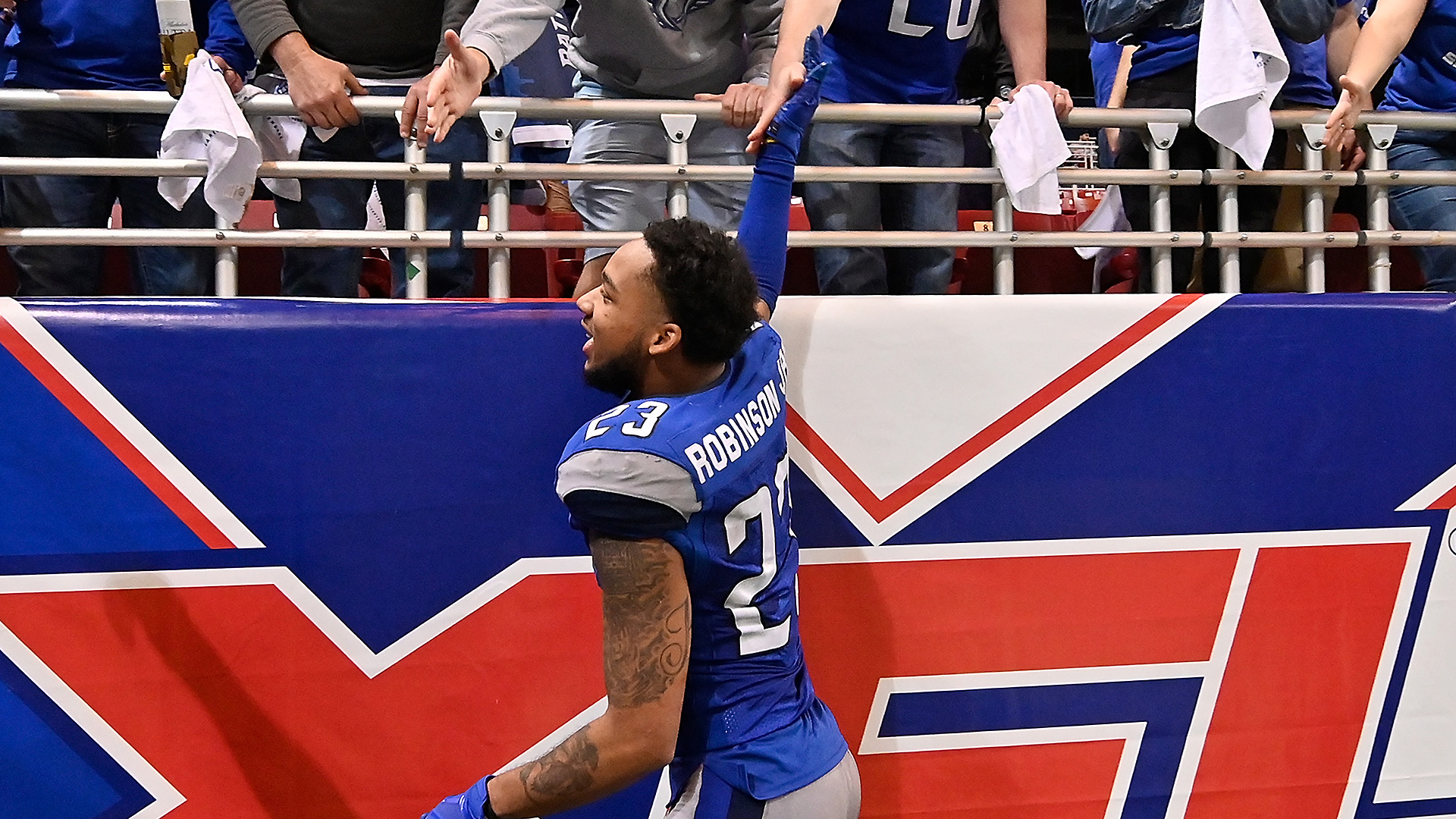 Robinson had two picks and a sack in two games with the St. Louis Battlehawks.

And even through everything – his mother’s health issues, his removal from West Virginia, his wait until the fifth round of the XFL Draft and then 151 players being selected before him in the NFL Draft – Robinson’s belief in himself never faltered.

“I never lost faith in myself,” said Robinson. “I’ve always felt, my whole life that I was an NFL talent….I never gave up on that dream and I was always felt like I was going to get there, it was just going to be when I got there, that was the biggest thing for me.”

And he’s ready to add to a Panthers secondary that is filled with young, hungry, talented players – he’ll join fellow rookies Chinn and Pride in a revamped Panthers secondary that features 27-year old Tre Boston as the elder statesman in the secondary room. While he hasn’t discussed where he’ll play, be it safety or corner, he says his skillset will fit in anywhere.

“I’m a relentless ballhawk,” said Robinson, beginning to show some of the confidence that will have him fitting in just fine with his fellow members of the secondary. “I’m a player who’s always looking to make the big play and help his team win.”