Kevin Donnalley and Al Wallace Join The Riot Network on The Carolina Line! 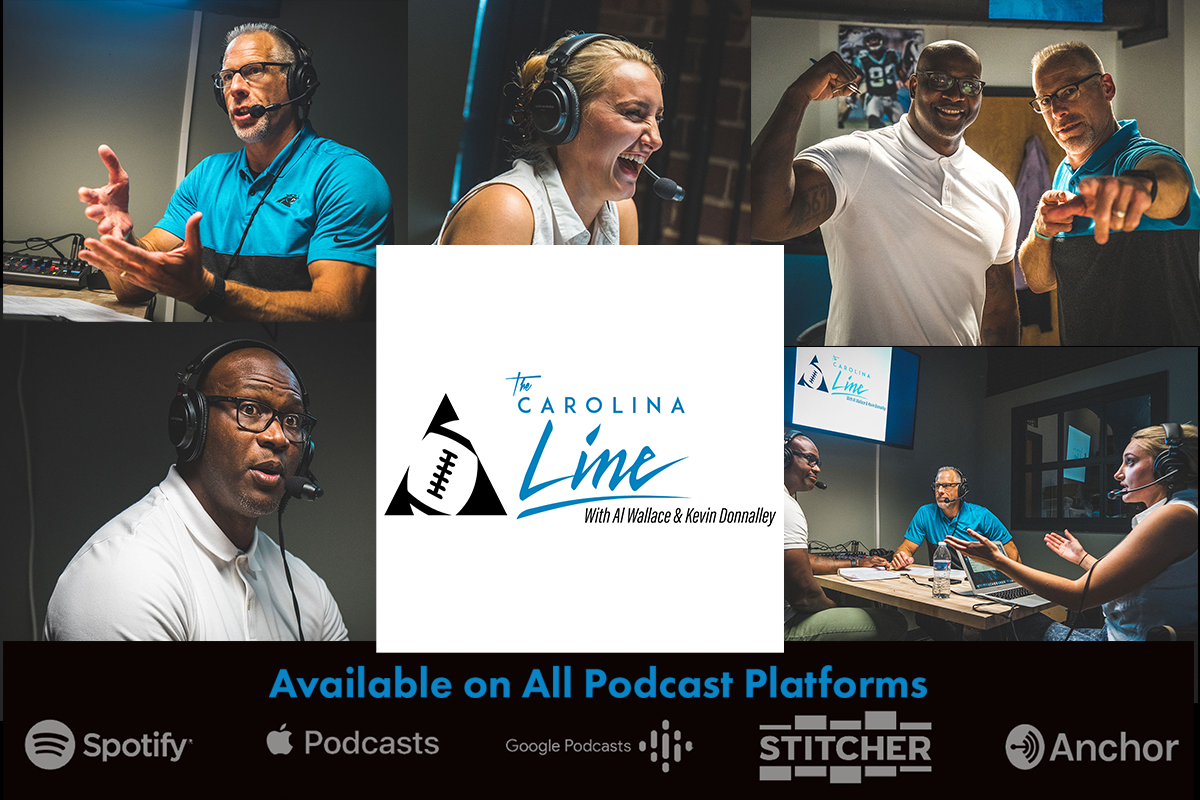 The Riot Network is proud to announce the newest members of the best podcast network covering the Carolina Panthers.

We’re adding a little bit of muscle – and a whole lot of football knowledge – to the network as former Carolina Panthers Kevin Donnalley and Al Wallace, along with Panthers postgame show host Stormy Buonantony, join forces to produce The Carolina Line, an in-depth podcast that will help you learn about what’s happening on the field and in the trenches with your favorite team.

“I am extremely excited to team up with The Riot Network to bring Panthers fans The Carolina Line,” said ten-year NFL vet Wallace. “Being a student of the game is how I survived in the NFL. Countless hours of film work and ten seasons of breaking the game down from the inside out will be a great perspective I believe that Kevin and I can share with our listeners.”

“Fans can shift their eyes from the ball and peek inside the trenches to learn more about the game from the big guys; they’ll learn techniques and terminology that will help them increase their overall football IQ and dominate Monday morning recaps at the office.”

The Carolina Line officially launches Tuesday, August 6th and will feature weekly episodes that drop every Tuesday throughout the Panthers season.

Subscribe to The Carolina Line on your favorite podcast platform before the official launch to hear a special sneak preview: Apple Podcasts/Google Podcasts/Spotify/RSS

Whether you’re looking for the banter and big-picture takes of Not What You Think, the silliness and rotating cast of One Day Contract, the inside look at the Panthers fanbase on the Roaring Riot Podcast or interviews with your favorite Panthers players and coaches on It Is What It Is, The Riot Network has established itself as the go-to place for Carolina Panthers podcasts.

“We are going to take Panther fans deep inside the X’s and O’s of the game,” said Donnalley. “Al, Stormy and I will inform, teach and entertain you each week during the season.”

“Panther fans, this is a must listen!”