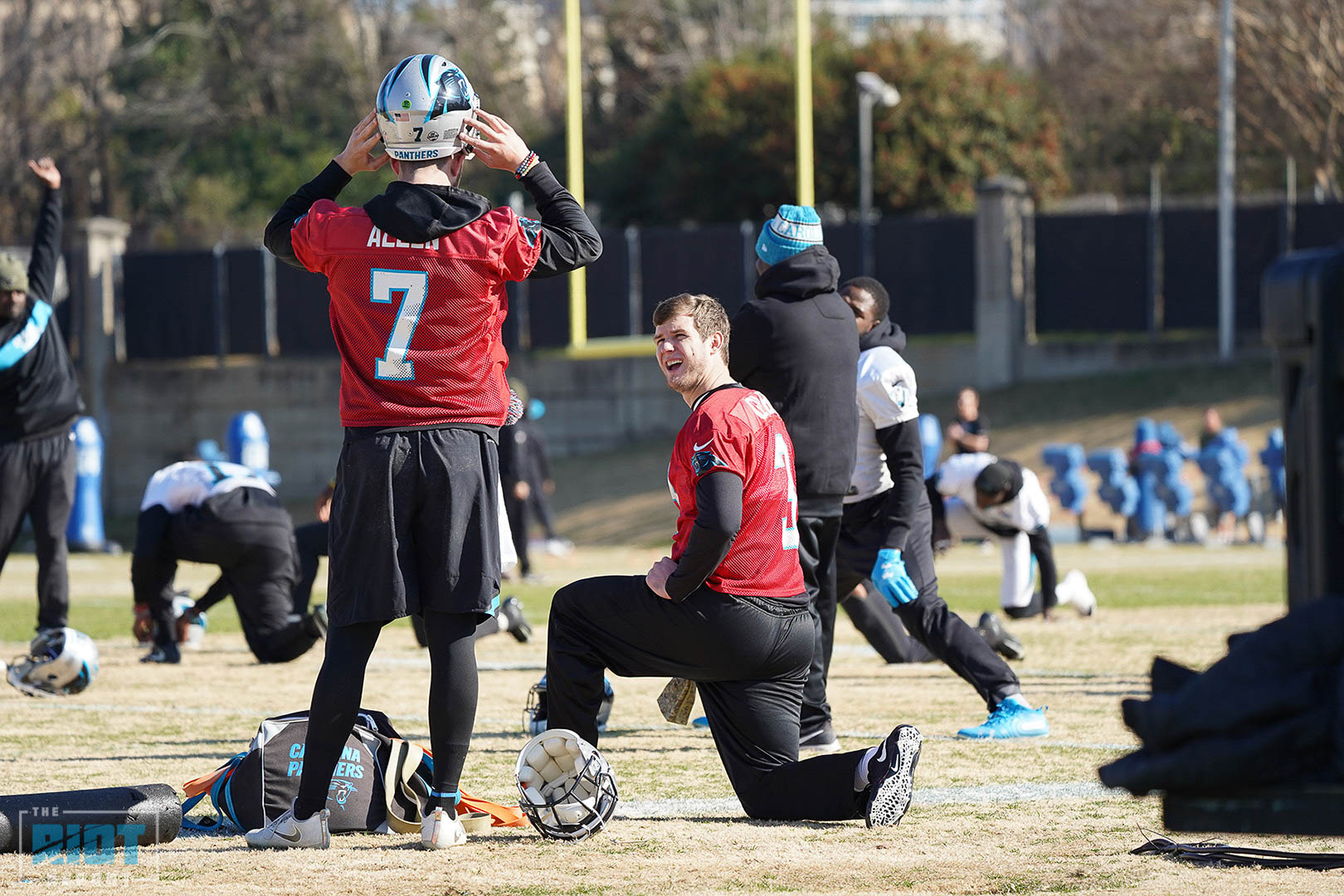 The Panthers went 125 games of their franchise history, dating back to Cam Newton’s first game in the league as a rookie, with only two quarterbacks starting under center over almost eight seasons – this Sunday, they’ll have their third in three weeks after placing backup quarterback Taylor Heinicke on injured reserve with a left elbow injury and turning to undrafted free agent Kyle Allen to start their final game of the 2018 season at New Orleans. Allen played nine snaps in the Panthers 24-10 loss to the Falcons while Heinicke had his elbow braced before returning and Rivera thought he made some nice plays for a quarterback that was without a job for seven weeks earlier this season and hadn’t even dressed for a game before Sunday.

“I thought Kyle had an opportunity to go in and play for a little bit of a quarter and I thought he did a nice job. I thought his decision-making was good, I thought he threw some nice balls and he took pretty good control,” said Rivera before smiling to himself.

“He has a tendency to walk towards the bench to get the signals and we don’t have signals anymore because we’ve got the helmet hooked up, so I think that’s a little something he’ll have to learn and get used to.”

He’ll have to get used to the headset because he’ll be starting in one of the most inhospitable places to play in the NFL – the Mercedes-Benz Superdome, home of the 13-2 Saints, who even though they have clinched home-field advantage throughout the playoffs, will still be looking to get their franchise-record 14th win of the season and fifth straight over their division rival Panthers. But while the idea of getting your first NFL start on the road in one of the loudest buildings in the league against the #1 seed in the NFC sounds intimidating, it’s likely not the hardest thing Allen will have to deal with.

“Certainly the crowd noise is a challenge when you play here, but I think, overall, it’s not the first thing you’re thinking about when you’re making your first start. I think you’re thinking about all the other things, the details of your assignment, tempo, getting the calls in and out – I think that most of these guys have played in loud college environments,” said Saints coach Sean Payton. “I think NFL offenses in general have gotten more familiar with using silent snap counts and [have gotten] more accustomed to it.”

The Panthers, who have battled offensive line issues for the entire season, may have another change at left tackle as Marshall Newhouse missed practice Wednesday with a hip injury; Newhouse replaced Chris Clark, who had gotten worn down over the course of the season, for the past two games – while Rivera says he’s “not concerned” with Newhouse’s status, but that was the same verbiage the coach used to describe Kawann Short last week before Short missed the first game of his six-year career due to injury.

“I don’t have any concern, but we’ll see – we always judge everything the next day after treatments and stuff like that,” said Rivera. “Chris Clark will be ready to roll, so we’ll just continue with that as well if we have to.”