Line ‘Em Up: How Do The Panthers Best The Bears’ 3-4 Defensive Line? 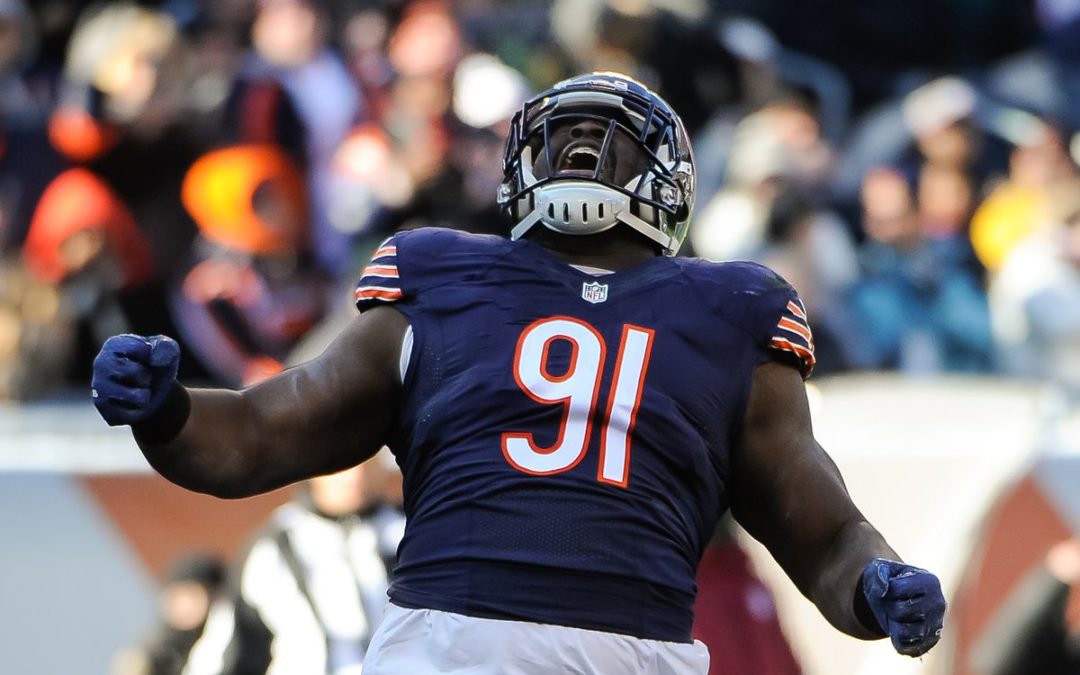 The Panthers look to be getting a boost to their interior offensive line as former Pro Bowl center Ryan Kalil is expected to return on Sunday in Chicago; it will be just in time to face a talented defensive line that helped to not allow the Baltimore Ravens to score an offensive touchdown last week. The Bears utilize a 3-4 defensive scheme, the first time that the Panthers will be facing such a scheme in 2017; in the 3-4 base defense, the defensive line is obviously expected to get push and penetration, but their main objective is to eat up blockers to open up gaps and lanes for blitzing linebackers. Thus far this season, the Bears defensive linemen have been not only eating up the blocks, but creating some havoc of their own.

Let’s start with Akiem Hicks, who plays most of the defensive snaps for the Bears (88% last week) and attacks all gaps on the right side of the offensive line, which means he will be matched up with Daryl Williams and Trai Turner for most of the day. After seeing Turner get pushed around by Fletcher Cox on Thursday night, Hicks presents another tall task as he has quick hands and is tough to keep blocked for an extended period of time. He excels at getting off the ball quickly, and has used that speed to pick up five sacks thus far in 2017; when he is matched up with Williams, Hicks will use swim moves to try and get free of the offensive tackle quickly; Williams must be sure to shift his weight correctly or Hicks will blow right by him. Hicks has the bull strength to push by even the best blockers, so it will be helpful if Kalil returns as Hicks may be too much for backup Tyler Larsen to handle when Hicks lines up at nose tackle.

Nose Tackle Eddie Goldman missed most of last season with an ankle injury, but he has played in every game thus far this season and has acted as both a space eater and run-stuffer for the Bears in the middle of their 3-4 scheme. The extremely powerful rusher has been excellent in his gap discipline this season and is more than capable of handling two-gap responsibilities against the run. What he lacks in pass rush he makes up for in power at the point of attack and weight distribution. He is hard to move from his spot and whomever is matched up with him across the interior of the line will have their hands full. The ability to eat up double-teams, much like the Panthers’ Star Lotulelei, is Goldman’s true impact even if he doesn’t show up on the stat sheet every week.

The Bears will rotate through Mitch Unrein and second-year player Jonathan Bullard to spell Goldman and to a lesser extent, Hicks to keep the defensive line fresh. Bullard underachieved in his rookie campaign and is looking to rebound in 2017, he has a tendency to either get blocked out or overrun plays and can be washed out entirely by a good blocker; Unrein (#98 in the below example) can eat up space on the line, but tends not to make too much of an impact when blocked cleanly. The Panthers’ main focus should be on Hicks and Goldman on the line.

The Bears move their defenders all over the line, and it will take excellent communication and discipline from both the Panthers offensive linemen and their tight ends to ensure that both the linemen and whatever other blitz package gets thrown at them are accounted for in order to give Cam Newton a clean pocket and jumpstart what has become a lethargic running game the past two weeks.

In reality, the way to attack a 3-4 defense is in the gaps between the tackles, so expect to see a healthy dose of Jonathan Stewart and Christian McCaffrey running up the middle; the Panthers also may choose to utilize an unbalanced line and try to spread the defense out and run to the strong side. Draw plays or even zone-read options can be very effective against the 3-4 defense, as they force the linebackers who were originally lined up on the line to start moving backwards to account for the pass option, thus creating space and momentum in the wrong direction for the defenders.

It’s extremely difficult to run outside on the 3-4 defense because of where the outside linebackers are lined up pre-snap unless you send a receiver (or running back/tight end lined up in the slot) back inside to ‘crack’ the linebacker. Unfortunately Russell Shepard has not excelled at blocking in a Panthers’ uniform, so they may not feel comfortable with putting him on that assignment, outside runs may only come when you see Dickson or Manhertz lined up in the slot. The tweaks to block the 3-4 as opposed to the 4-3 are many, so the extra day of practice the Panthers’ had yesterday as well as getting Ryan Kalil back should help to improve the running game over the past two weeks.