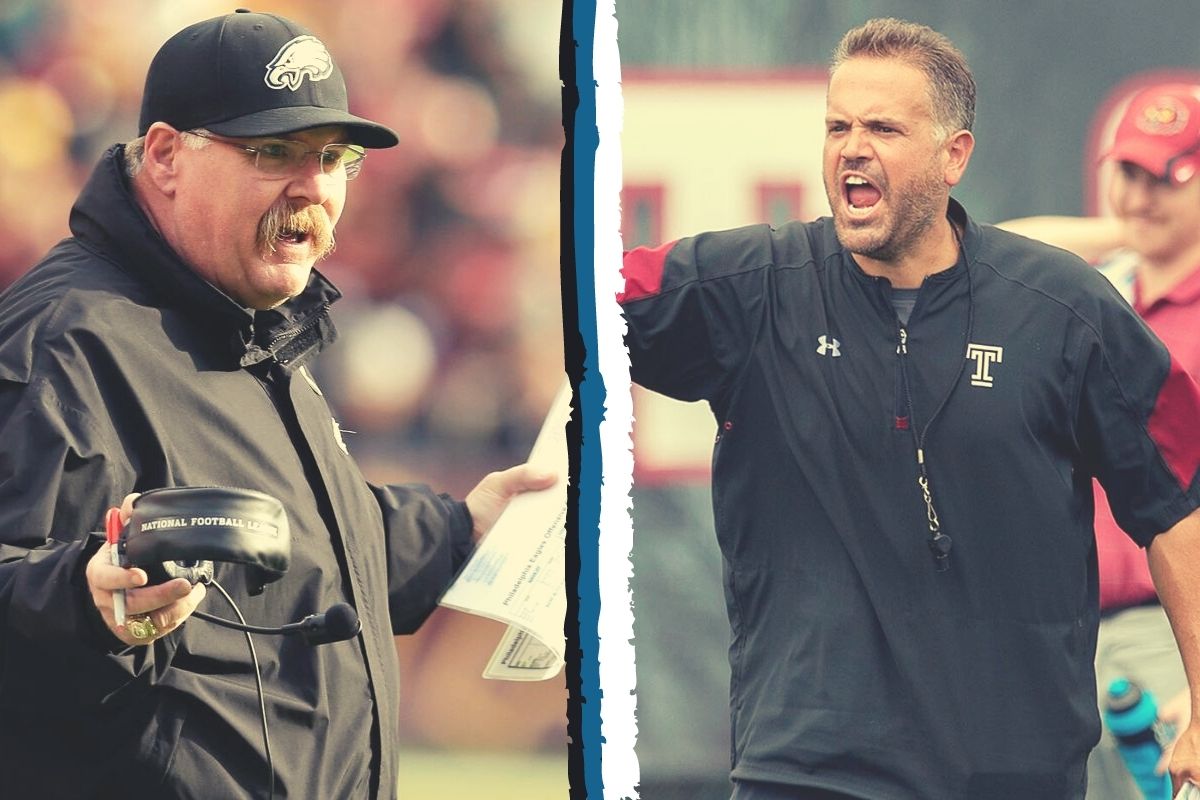 Last week, with the Panthers facing a short week and playing on Thursday Night Football, Matt Rhule based the team’s practice and training schedule on that of Tom Coughlin, a friend and mentor and the former head coach of the New York Giants, where Rhule spent his only season as an NFL assistant in 2012. In fact, Rhule has used Coughlin’s methods multiple times in his first season as head coach of the Carolina Panthers – from how to travel to the west coast to how he interacts with players. Rhule said that when he got his first head coaching gig at Temple in 2013, he tried to apply all the things that he’d learned from Coughlin to make him a better head coach.

But in an alternate timeline, Rhule would have been a branch on a different coaching tree as Chiefs Head Coach Andy Reid revealed that he wanted to hire Rhule to his Eagles staff – on the recommendation of his son Britt, who worked under Rhule at Temple.

“He and my son [Britt] are close from the Temple days and then my youngest son [Spencer Reid] played there and they both think the world of Matt,” Reid told Panthers media ahead of the Panthers and Chiefs squaring off at Arrowhead on Sunday. “I got to know Matt just through my sons and Britt, the son that works with me here, he wanted me to hire Matt and I had no spot, which was a dumb thing…I should have found a spot [for him].” 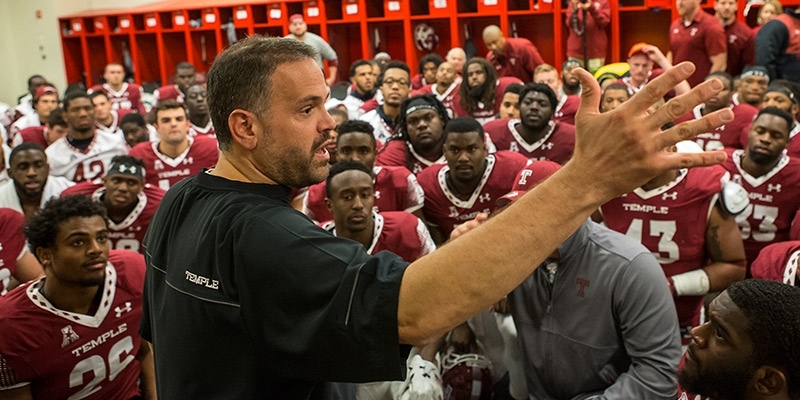 While Britt Reid was a graduate assistant under Rhule, who was offensive coordinator, for the 2010 & 2011 season, his younger brother Spencer was a redshirt freshman running back – obviously, the Reid brothers liked what they saw in Rhule, who had started at Temple as defensive line coach before flipping over to the offensive side of the ball.

“My son just kept saying, ‘this guy is an unbelievable football coach, he’s so smart, he knows both sides of the ball, he can coach anything and I’m just telling you, he’s a star down the road,'” recounted the Chiefs coach. “I go, ‘OK, I want this guy,’ but at the time I had a good staff and I didn’t have room to bring somebody in. There was just no space, period. Or I would have brought him in.”

Rhule instead joined Tom Coughlin’s staff with the New York Giants as assistant offensive line coach in 2012 – which meant Reid would have to see Rhule on the opposite sideline coaching a division rival twice that season.

“I’m going, ‘Dog gone, that’s not where we wanted him to go’ – but he sure got good experience from Coach Coughlin.”

Rhule says Britt did a tremendous job with him at Temple and the elder Reid has always been “fantastic” to both Rhule and his family; the Panthers head coach has tried to emulate Reid’s “legendary” work ethic as well as his consistency – Rhule has often said that he wants his team to practice and play the same whether they’re winning or losing – as he builds a culture here in Carolina.

He jokes that he was pushing Britt Reid to get him a job on his fathers’ staff in Philadelphia.

“The opportunity to have coached under Coach Reid would have been something that any young coach would want,” said Rhule. “The one thing I’ve always taken away….he never panicked, he never changed things up whether they won or they lost. The plan is the plan, the process is the process.”

“That’s the message that I personally took away from my time around him that I’ve tried to apply.”

Reid, one of the most successful head coaches in NFL history whose disciples include John Harbaugh, Sean McDermott and former Panthers coach Ron Rivera, says he’s already been impressed with what Rhule’s brought to the Panthers.

“He’s got great energy,” said Reid. “He’s smart, demanding – all of those things. And he’s honest…he’s not going to tell you stories. And normally, that gives you opportunities to last a while in this league.”

Now the two will square off on Sunday.