Matt Rhule Trying To Push D.J. Moore To The Next Level 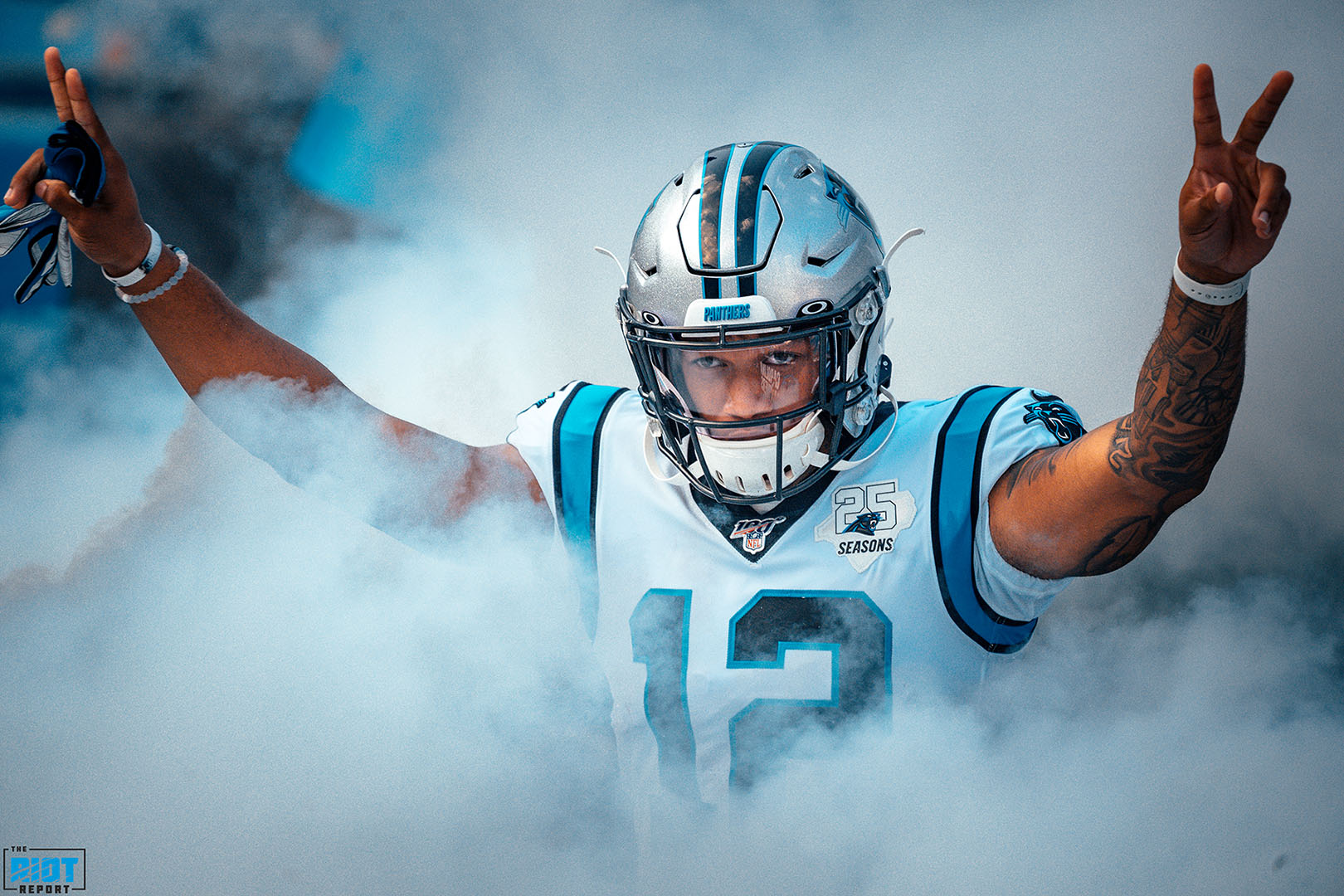 Last season, Panthers receiver D.J. Moore took a significant step forward after his rookie season. Apparently, it wasn’t a large enough step for Panthers new head coach Matt Rhule – he’s looking for even more from the Panthers wideout who has forced the most missed tackles among wideouts since he came into the league and was in the top ten in receiving yards last season despite missing essentially the final two games of the year.

Last week during his Zoom chat with the media, Rhule made it a point to say that he expected a lot out of D.J. Moore during his third season in the league.

On Tuesday, Moore had a chance to respond to Rhule’s motivation tactic to push the 23-year old to be the best version of himself in 2020.

Panthers center Matt Paradis also agrees that he believes Moore could be destined for great things in the Panthers offense helmed by Teddy Bridgewater and engineered by Joe Brady.

Moore and Rhule’s relationship dates back to when both were in the Philadelphia area. Rhule was the head coach at Temple and he was trying to recruit Moore to become the Owls’ next star receiver – but Moore ultimately decided to attend Maryland instead.

New #Panthers HC Matt Rhule once offered DJ Moore a scholarship at Temple, but Moore opted to go to Maryland instead. Rhule had to remind him that today…

“The tables have turned.”

Now the two will work together with the hopes of making Moore more of a household name. Last season, Moore recorded 87 receptions for 1,175 yards and four touchdowns in just 14 games – Moore says not making the Pro Bowl last year has kept him motivated this offseason.

“So it’s just going to make you go hard for the next year.”

Moore says he just has to continue to get better if he wants to be viewed as a number-1 type of receiver in the NFL.

“Hard work and dedication,” the 2018 first-round pick said when asked what it was going to take to get to that next level. “And just doing what I set out for myself to do. And you gotta win more games for people to even notice us. To me, to CMAC – although he is already known, but he wants to be better – to Curtis, to Robby….everybody wants to make a name for themselves.”

This season, Moore will have a new quarterback throwing to him and a new offensive system to learn as Teddy Bridgewater will be under center with Joe Brady calling plays for the Panthers. Like all the Panthers players, Moore had to prepare for training camp away from the facility because of the COVID-19 pandemic. But he was able to work out with Bridgewater recently to learn the Panthers new offense as he got used to catching passes from his new quarterback.

During his short time working with him, he already sees Bridgwater as a leader of the Panthers.

“Teddy is a cool dude. I feel like everybody is just gathering to him. He’s got a really friendly personality, and it is rubbing off on everybody. So that’s the best thing right now,” Moore said about Bridgewater. “How he fits in Joe Brady’s offense? Right now, we are still learning it all together. So we are just going to take it one day at a time and get better and better.”

Along with working out with Bridgewater during the past month, Moore was forced to work out in his garage and his backyard on routes earlier in the year, trying to learn the Panthers’ new playbook during the COVID-19 quarantine caused by the pandemic – not to mention being a new father. Moore said he tried to make his time away from the facility as normal as possible, even though he couldn’t quite squeeze out a 40-yard dash in his backyard.

Joining Moore and Curtis Samuel in the receiver room this offseason is former Jets WR Robby Anderson, who should take pressure off both receivers by helping to take the top of the defense. Moore believes the more playmakers the Panthers offense has, the better off they’ll all be in Brady’s offense.

“When you have multiple weapons – from me, to Curtis, to Robby, to Seth [Roberts], to Ian [Thomas] to even CMAC in the running back room, it is going to be crazy that if somebody just hones in on one player, it is going to be opening up other players….[between] me, Curtis and Robby, you’ve got three speed guys.” Moore said before grinning. “I’m probably the slowest out of the three – those two can take it to the house at any time.”