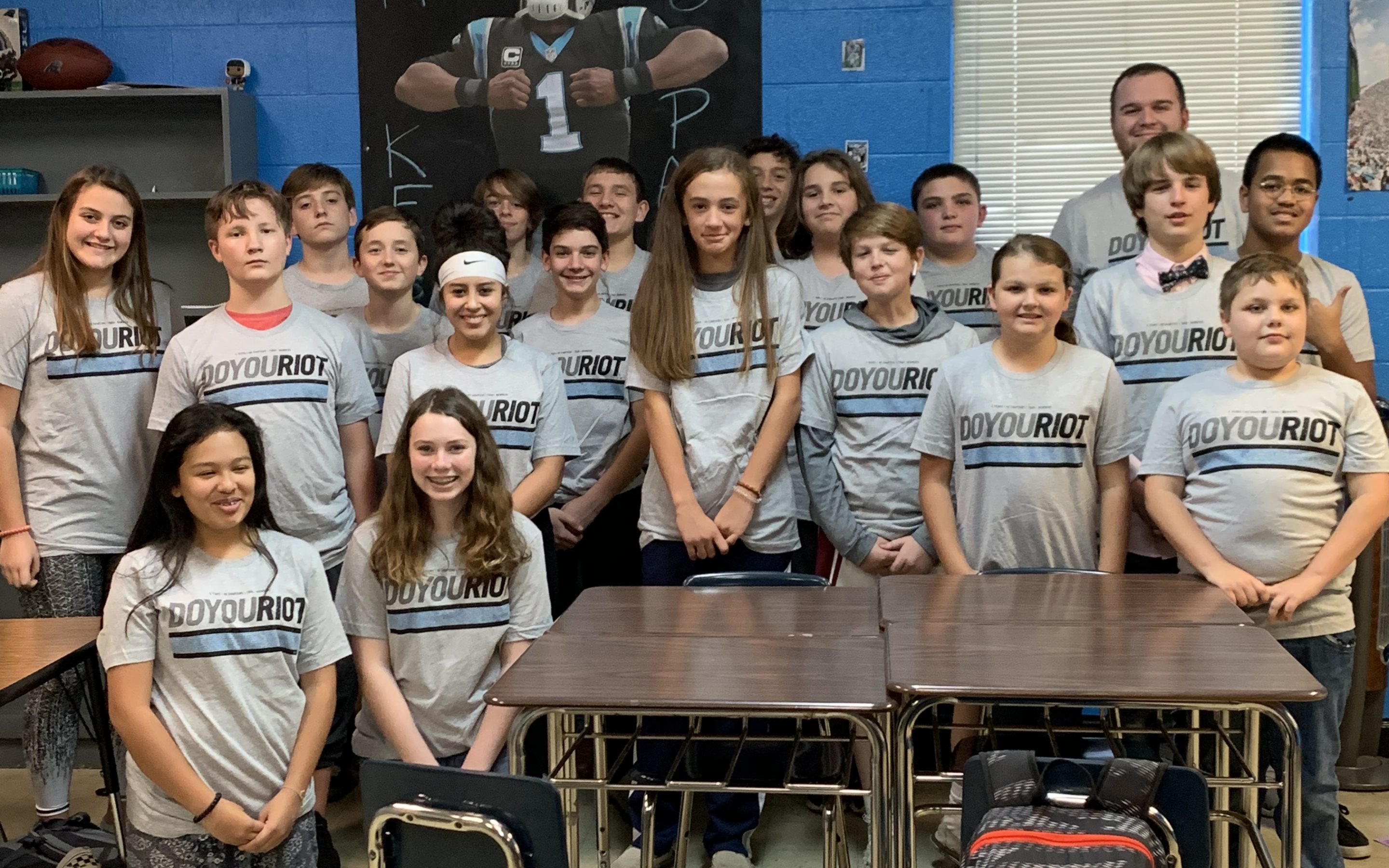 It all started with free paint.

When seventh grade English teacher Hunter Bell got wind that the middle school where he has been teaching since 2015 would be hosting the back to school conference for Rowan-Salisbury School District and the school would allow him to repaint his classroom, he jumped at the opportunity. And the color choices were easy.

“Me being a huge Panthers fan and wanting to include some of my personality in my classroom, I jumped all over that,” said the 27-year old graduate of UNC Charlotte. “So I got the black, blue and silver – and my brother and I painted my classroom that summer and with the variety of memorabilia I’ve collected over the years and paintings from [artist] Joe Bello, I was able to just put stuff up all over and make my whole classroom Panthers themed, which the kids have loved over the past two years.”

And when school principal Daniel Herring announced that each teacher would lead a club that was non-academic related for the final 45 minutes of the school day every Tuesday and Thursday, that decision was just as simple.

“We were encouraged to do something that we were really passionate about, so I figured it would be a good idea to start our own Roaring Riot at Erwin,” said Bell, who is a lifelong Panthers fan. “I got it approved by our principal and it’s been awesome ever since.” 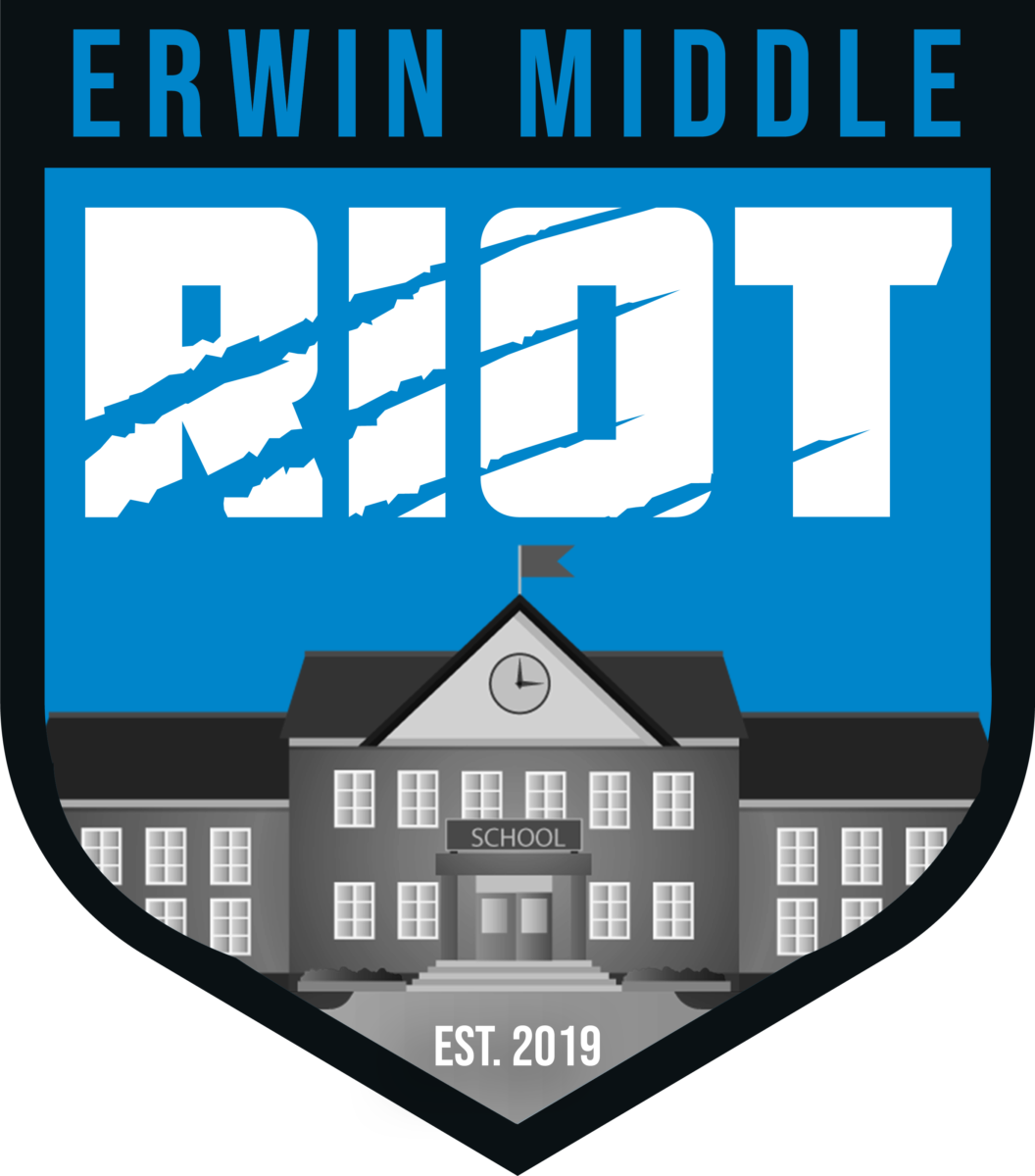 Every Tuesday and Thursday for the past six weeks, almost 20 middle schoolers gather to learn about the history of the Panthers – Bell has been talking through a different Panthers legend, from Steve Smith to Julius Peppers to Cam Newton, each meeting – the first meeting began with a ‘Panthers Pre-Test’ as Bell flashed pictures of former Panthers on the screen and asked the kids to write down each player’s name. Only one student got every answer correct – many weren’t even close.

“Some of the guesses were hilarious,” laughed Bell. “We’re just kind of slowly working our way towards the present.”

Last week, Bell worked with head of the Cheer City Riot in Salisbury Dillon Brewer and Ringleader of the Roaring Riot Zack Luttrell to secure membership shirts for the kids and turn a twice-weekly club into an honorary chapter of the Roaring Riot, which has over 40 full chapters around the world, from Moscow to Australia to Brazil – this, however, is the first chapter that’s exclusively for kids.

“This is exactly what we’re talking about when we talk about changing the culture,” said Luttrell. “People aren’t born into being lifelong Panthers fans; it’s camaraderie, friendship, traditions and things like this that make true fans – we’re so excited to have Erwin as our latest chapter and we can’t wait to see how they continue to support our favorite team as they get older.”

“This is how you ensure a fanbase grows.”

Bell, as is his tradition on Tuesdays and Thursdays, wore a Panthers hoodie over his own Roaring Riot membership shirt at the club’s meeting last Tuesday before revealing that each member would get their own shirt – taking off the hoodie to show that his shirt matched their own.

“They were beyond excited, I wish you could have seen the smiles on their faces,” said Bell. “Some of them didn’t have Panthers shirts at all and they really wanted them and now they’ve got one.”

“They were beyond appreciative and so grateful – we call it Roaring Riot Erwin Middle School.”

Check out some photos of Hunter’s classroom below: