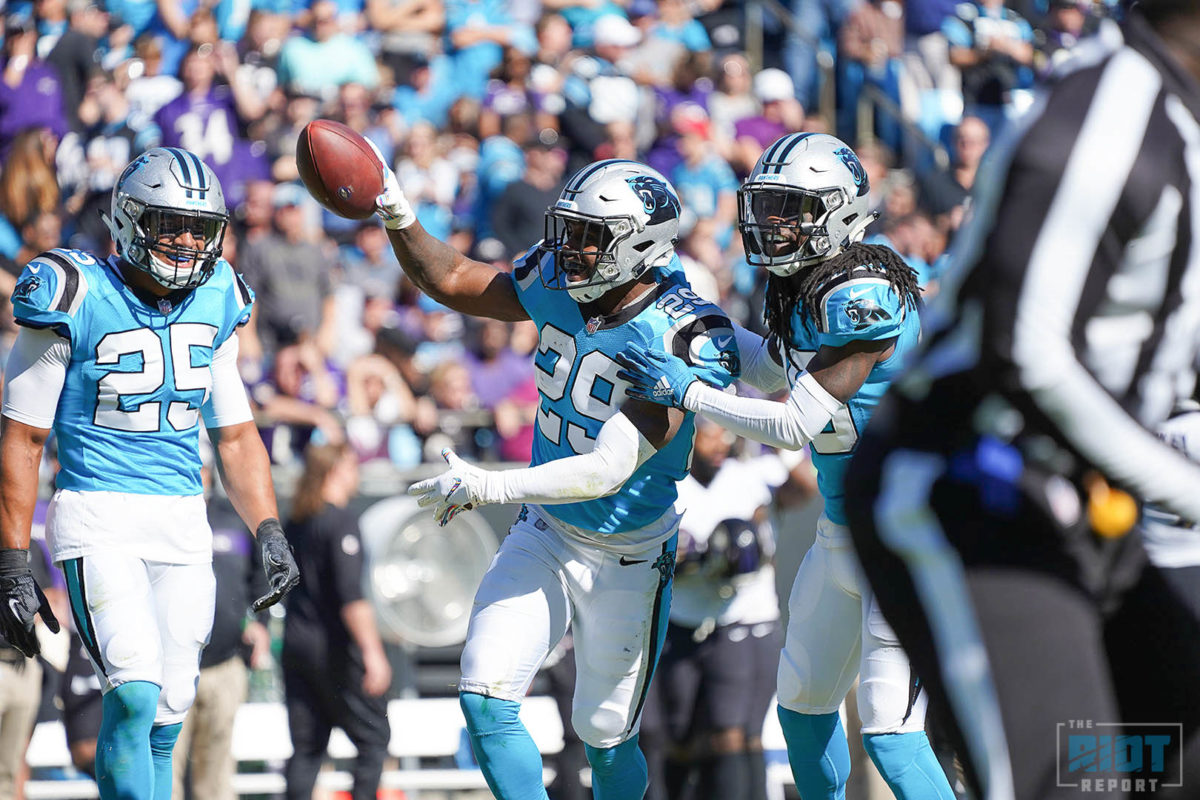 “I’m calling it quits. Time to hang up the cleats,” smiled the two-time Pro Bowler. “I tear up a little bit, because for 16 years, this is what I do and now I’m a civilian, taking [my kids] to school, picking them up.”

Adams, who was undrafted out of the University of Delaware, had stints in San Francisco, Cleveland, Denver and Indianapolis before joining the Panthers ahead of the 2017 season. Adams started every game that season and over the course of two years in Carolina recorded 152 tackles, five interceptions, 14 passes defensed, two fumble recoveries and one forced fumble. His five interceptions were the most of any Panther in those two years and he was tied for the most takeaways during that span.

After leaving Carolina, Adams, who was consistently viewed as both a vocal locker room leader and a veteran presence in a young Panthers secondary, signed with the Texans in October and went on to appear in six regular-season contests and two playoff games in 2019.

Adams had a prolific career in recording takeaways, both by interception and fumble recovery. Over his career, Adams tallied 46 takeaways (30 interceptions, 16 fumble recoveries). Until his retirement Wednesday, that was the most among active NFL players.

The 38-year old, who hopes to move into a front office role, finishes his career with 935 tackles, 90 passes defended, 30 interceptions, 16 fumble recoveries, 13 forced fumbles, six sacks, two touchdowns and one safety over 16 seasons – after going from an undrafted journeyman to a Pro Bowl safety who made over $16m in his career, Adams may be one of the best examples of what the NFL can offer for those who fail to hear their names called during the NFL Draft.