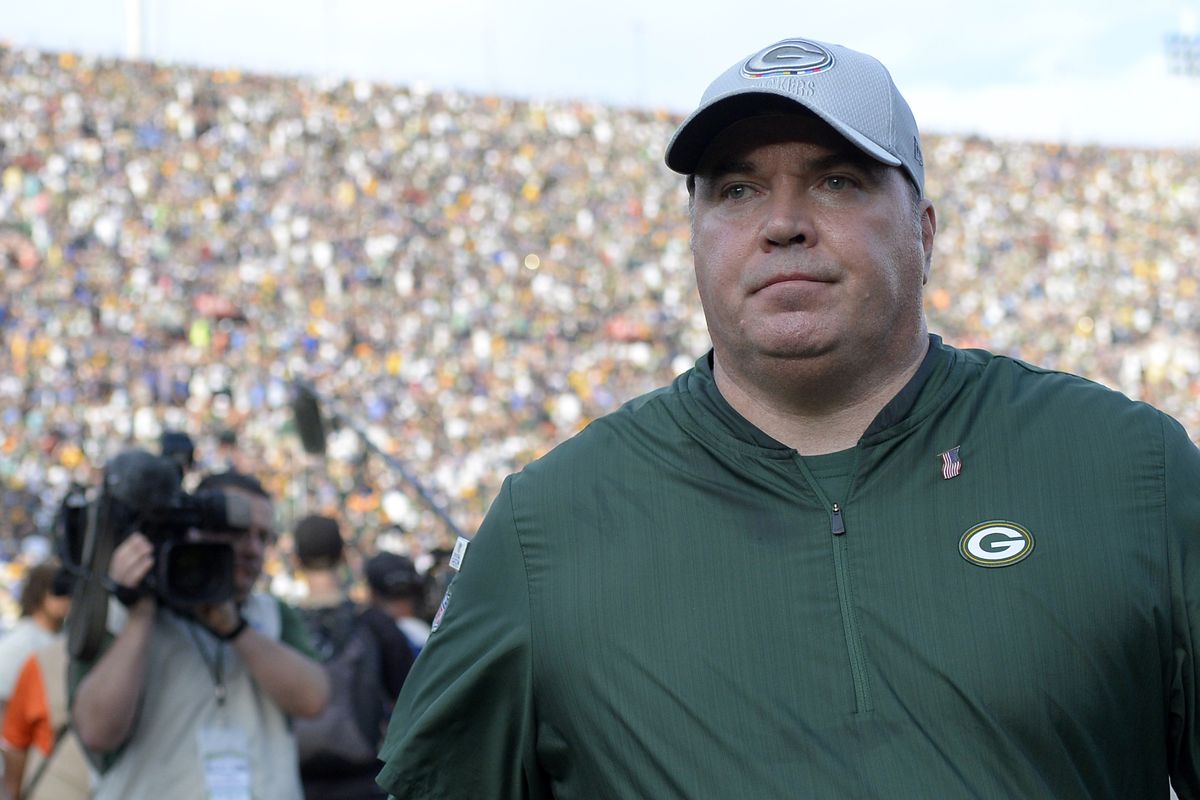 Having already looked at Kevin Stefanski as a potential candidate to take on the Head Coach job in Carolina, it is probably worth now taking some time to look at one of the only two candidates we know has definitely interviewed for the job: Mike McCarthy.

Of course, there is a reason why McCarthy was able to interview at this time of year, as he has spent all of the 2019 season out of football having been let go by the Packers partway through the 2018 season. While a coach who got fired a year ago and whose former team is now 13-3 and looking at a first round bye might not be the most obvious candidate to take over, McCarthy did take the Packers to a championship, has a winning record of well over 60% and, possibly most relevantly, has recently made a real effort to talk publicly about both his desire to get back into coaching and his desire to incorporate analytics into his coaching, something we know is a priority for David Tepper.

So, having said all that, what would McCarthy actually offer as a head coach, how would he fit with the players the Panthers currently have on the roster and, ultimately, would he be a good fit for the Panthers’ coaching vacancy?

The Run Game, Or Lack Thereof

The Packers under McCarthy weren’t exactly known for running the ball. In fact, in his twelve full seasons, less than half saw the team produce a 1,000 yard rusher, and the only two seasons where this was the case since 2010 were the two years of productive Eddie Lacy in 2013 and 2014. In fact, in terms of yards-per-game, the 2013 Lacy-fueled season was the only time in those twelve years when McCarthy’s rushing offense finished inside the top ten – they finished 7th – with two-thirds of his seasons seeing the Packers ranked in the bottom half of the league and ranking outside the top 20 on five occasions. Of course, when you have Brett Favre and Aaron Rodgers as your quarterback, you are liable to look to throw the ball as a priority, but more recently the Packers under McCarthy just weren’t hugely good at running the ball.

In order to understand why this might be, let’s take a look at a fairly typical Packers rushing play:

The first thing to note is that while the Packers do run a player in motion before the snap, this doesn’t really impact the rushing play itself – the Lions have to rotate a safety down towards the near-side flat in order to account for it, but the defenders in the box don’t have to react to it. However, what this motion does allow them to do is to run what is effectively a read-option play, but where rather than the quarterback keeping the ball being the proposed threat to freeze the edge, it is the quick screen to the motion player. The details of the play can best be seen in the following diagram:

What the Packers are trying to do here is essentially create a situation where the center and left guard block are able to isolate against the right-side linebacker and defensive tackle, allowing the running back to pick his lane against them. The right guard and right tackle aid this by blocking down on the weakside tackle with the guard before looking to seal the inside by kicking up to the linebacker. Similarly, the left tackle kicks out the strong-side defensive end to create enough space inside for the play to develop as planned. But this is what actually ends up happening:

What goes wrong here, and it’s only slightly wrong to be fair, is that because the right guard isn’t able to block down on the defensive tackle properly without risking the linebacker getting inside of him, the whole play compacts to the left (or right looking at the screen). Conversely, the center does block down, allowing the linebacker inside of him, meaning the gap that the running back is then left trying to get through is the one between the left guard and center; with the play having been compacted laterally already, there just isn’t enough space for the running back to get through and so he is forced to just stick his head down and get what yardage he can.

This isn’t a play that will never work – it’s not even a play that is hugely flawed in concept – it’s just fairly unremarkable. Of course, there is nothing wrong with being mediocre, it is clear when watching the Packers under McCarthy on tape that his background is in the passing game and not in the running game, and if he does get another Head Coaching position, either in Carolina or elsewhere, he would probably do well to hire somebody as a proper run-game coordinator. While McCarthy’s run game in Green Bay wasn’t hopeless, it didn’t do much to really elevate the players he had available to him. While the Panthers’ run game under the Turner’s has been somewhat inconsistent on a down-to-down basis, it’s hard to argue that this is something that McCarthy is going to make significant improvements upon.

One knock-on effect of this mediocre run game is that the Packers also didn’t run a ton of play-action under McCarthy, with most of their offense running as straight drop-backs from the Shotgun. There is absolutely nothing wrong with this, and when you have a good quarterback, this is far from an issue, but it is also something to note about his offensive philosophy.