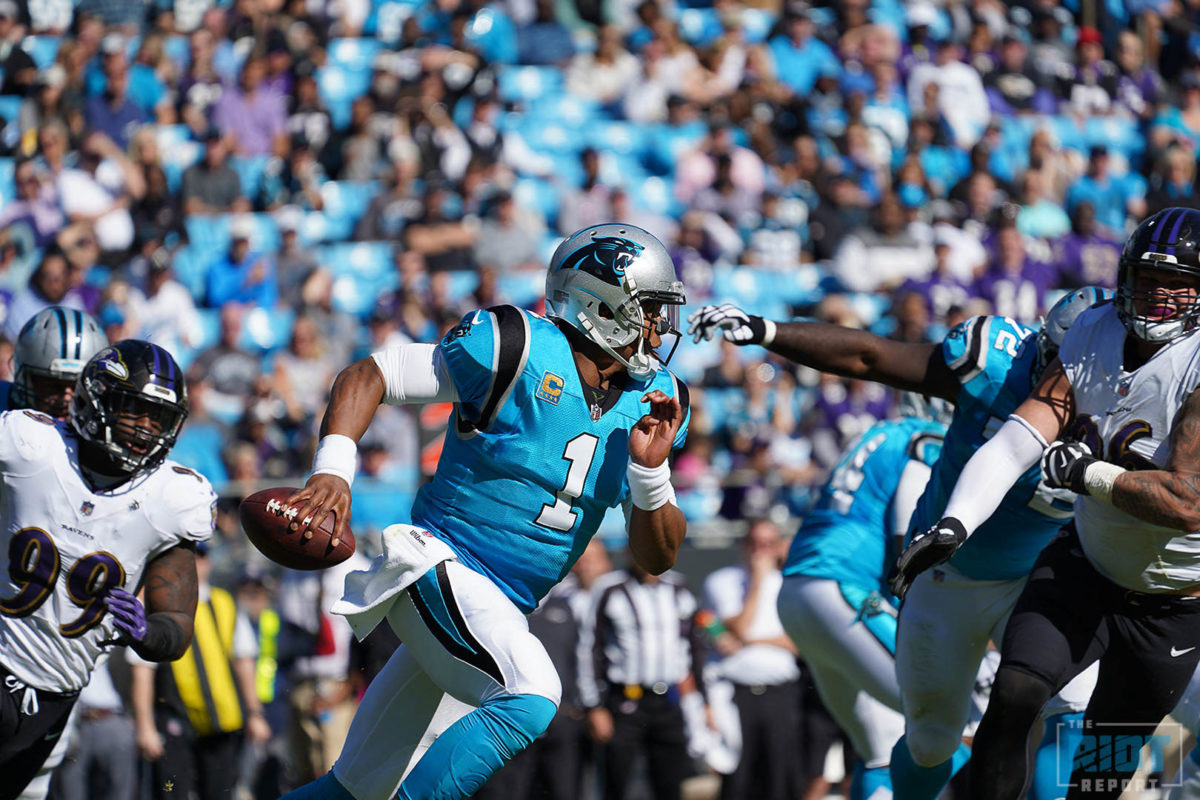 Only this movie had a different plot.

Cam Newton stood in the pocket unharmed, unscathed, and unbothered by the league’s best defense as he passed for 219 yards and rushed for 52 more, completing 21 of his 29 pass attempts and getting to the end zone through the air twice and once on his own two feet in the Panthers 36-21 blowout of the Baltimore Ravens at Bank of America Stadium.

But after the game, the former MVP said he couldn’t have done it without his offensive line – the trust the guys up front have for each other helps make things flow for the offense as a whole.

“Our offensive line is playing as confident as they ever have,” Newton said. “For guys labeled as undesirables or misfits, they sure are doing a great job. [Chris Clark] with his leadership, being on a couple teams and playing great quarterbacks, he understands what it takes to win. For him, knowing that at the left tackle position and helping guys like Sweat Pack [Taylor Moton], Trai [Turner], and Rhino [Ryan Kalil]. It’s a correlation of guys putting great work in throughout the week and showing up on Sunday.”

Clark, who the Panthers signed in the days between Weeks 1 and 2, said it was a collective effort by the line – everyone dug in and made sure that they continued to play all 60 minutes and not give in and get comfortable with the lead even as it ballooned to three scores in the second half. Tight end Greg Olsen even helped to inspire the line by reminding everyone to ‘find their mojo’ and not waver throughout the course of the game.

Consider their mojo found. Even if they don’t get the headlines the Ravens’ defense does.

“We knew they were a front-running team; we knew they led the league in sacks,” Clark said. “The number one defense in all these different categories, so like I was telling my guys, we don’t get in the newspaper or anything like that – so getting the chance to play against the number one defense, we lick our chops at that, and we’re ready for that challenge.” 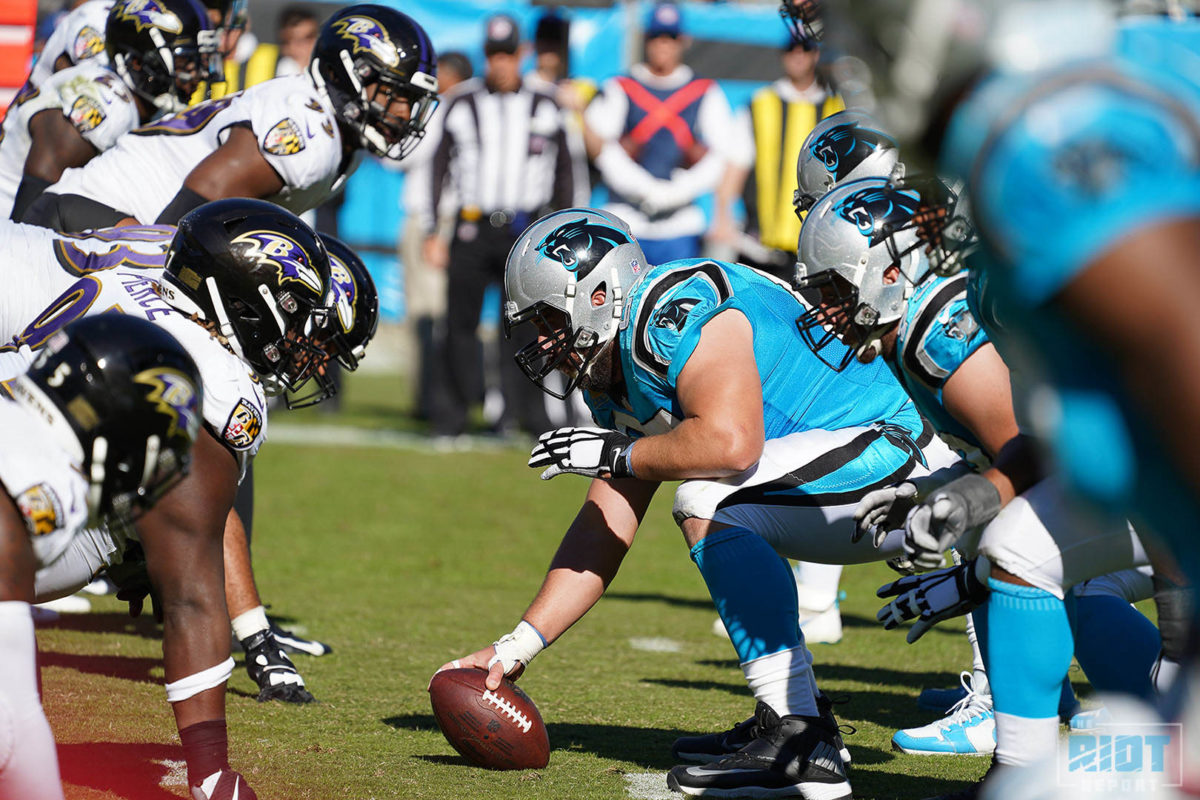 Prior to this game, the Ravens allowed on average 14.4 points, and 280.6 yards per game to their opponents – the Panthers had 24 points and 233 yards at the half. When it was over, the Ravens coughed up 36 points and 386 yards to the Panthers, including 154 net rushing yards – the most allowed by Baltimore on the ground this season.

“I thought the offensive line played tremendously, especially against one of the best pass rushing defenses in the league, period,” said Ron Rivera. “They did a heck of a job. I thought what Coach John Matsko and Drew Terrell do with these guys weekly, is impressive.”

So impressive that Matsko, who worked with Harbaugh in Baltimore from 2008-2011 before coming to Carolina, was awarded the game ball.

The Ravens’ defense could not penetrate the Panthers’ offensive line and never touched Newton; the same defense that had 27 sacks on the season had zero this afternoon against Carolina. Baltimore’s head coach John Harbaugh said he was taken back at his team’s performance.

“Yeah, I didn’t expect that,” Harbaugh said. “We just didn’t click in anything. We weren’t good in any area. There was nothing we did well and that’s starts with me, the coach. I thought Norv Turner did a great job scheming us up, keeping us off balance. He forced us to put certain personnel groups out there and then he had counters for it. He did a tremendous job.”