“Nobody’s Above Anyone”: How Blown Coverage Turned Into A Teachable Moment 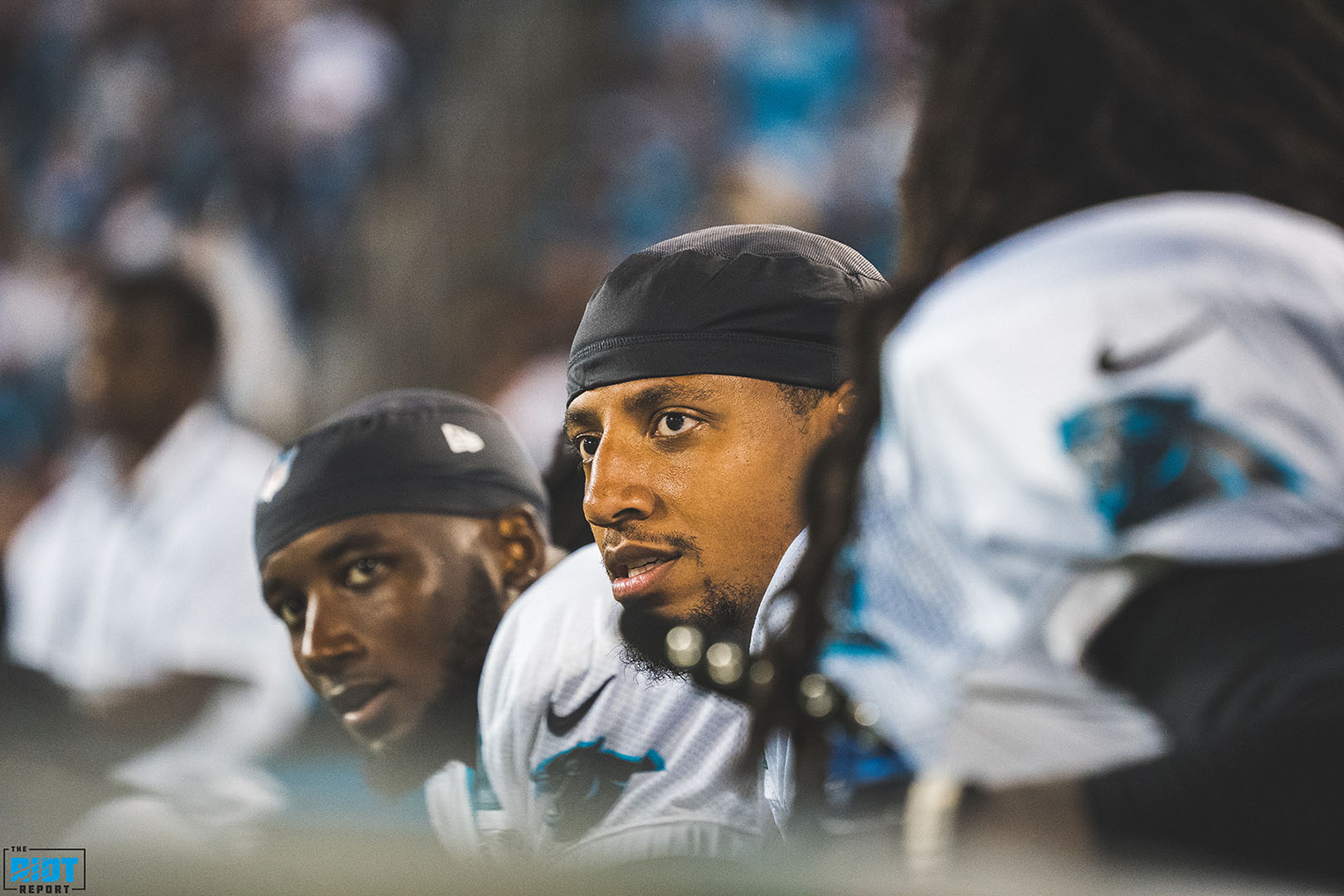 We’ve all seen it.

A wide open receiver running alone down the field, a high arching pass floating slowly until it hits the wideout in stride and he streaks across the goalline while the fans scream and curse at the cornerback trailing behind him, assuming he bit on a pump fake, slipped or just plain wasn’t good enough to cover his man.

But that’s not always the case – and it wasn’t the case when Curtis Samuel streaked down the field with James Bradberry trailing ten yards behind him during the first series of Fan Fest on Friday night in front of tens of thousands of screaming Panthers fans.

Many would assume that Bradberry was to blame for the long touchdown, but what actually happened is more complicated as safety Eric Reid broke on an underneath route, allowing Samuel to run free even though Bradberry assumed he would have help over the top.

“Eric bit on the under with Greg Olsen, so really what happened was Curtis read the post open and burst through the post and with that great speed, I’m not sure if any corners would have been able to stay up with him anyway,” said Ron Rivera. “The biggest thing, moreso than anything else, was it was a good read by the quarterback; he saw Greg break through the middle on what we call a bender and the safety saw that. He looked through the quarterback and thought the quarterback was going there and unfortunately, he didn’t.”

Reid could have been done with it – watched the film with his teammates and apologized in private – but that’s not who Reid is as Reid tweeted his apology later that night.

My bad @Brad_B21! I won’t vacate the post and leave you hanging again. #WhyWePractice https://t.co/NLc6tVbDzg

“It feels good having somebody take up for you on social media, but I told him after [Fan Fest], it’s practice, bro – we’re going to be alright. That’s why we practice,” said Bradberry. “It feels good, my teammate having my back. It just shows that he’s accountable for his actions, even when it might not seem like it’s his fault, he’s going to step up and take [the blame] for it.”

Finding teachable moments like this is incredibly important for a defense that is filled with not only veterans like Reid, Bruce Irvin and Luke Kuechly, but young players like Donte Jackson, Brian Burns and even Bradberry.

“That doesn’t surprise me at all, that’s just the kind of guy he is.”

Lessons about responsibility and accountability like that trickle down and can define a defense – some times you’re aiming not just to prove it to yourself, not just to prove it to the fans and the media and the outside world, but you’re trying to prove that you are someone that can be counted on, not only as a player covering the post route, but as a man and as a teammate.

“For all of the young players to see that, I think that just speaks volumes to the type of young man he is and the type of players we need on this football team.”

Eric Reid (@E_Reid35) is a leader on this @Panthers defense and he showed that on twitter by taking responsibility for a busted coverage. It was hardly a surprise to @RiverboatRonHC and his teammates (@Brad_B21 and @LukeKuechly), though.