Notes And Observations From The Final Panthers Practice Before Training Camp 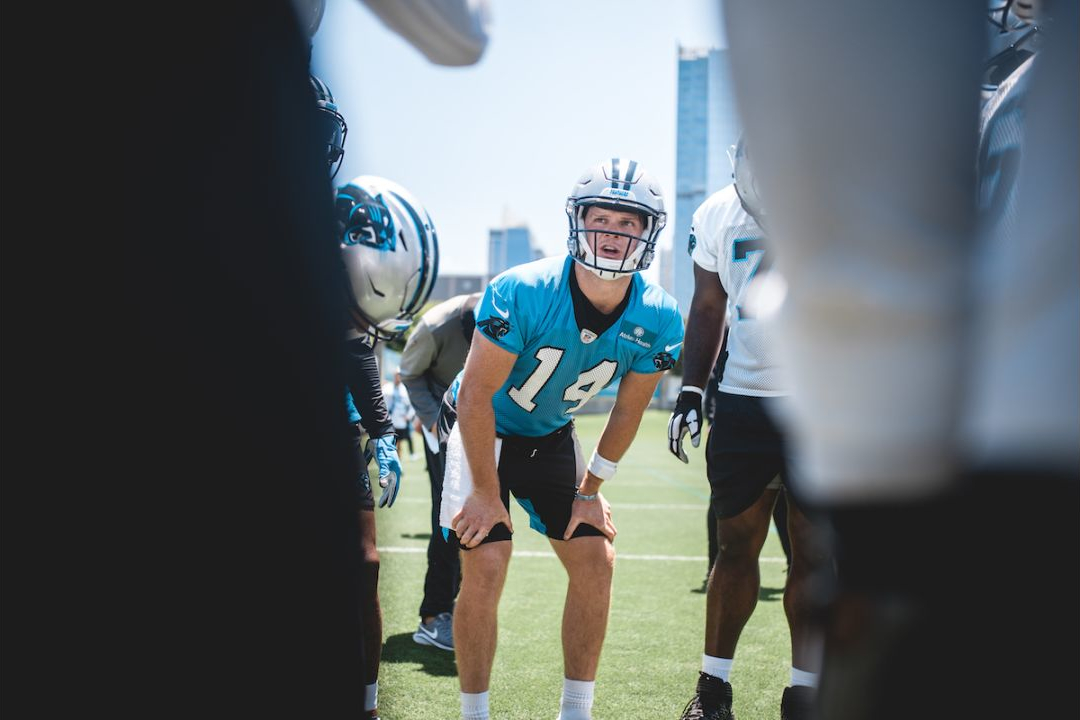 Wednesday marked the Panthers’ final practice on the field before they take a month off ahead of training camp, with Thursday’s practice being converted into a conditioning period. While there is still room for a lot to change between now and training camp, as evidenced by the five try-out players the Panthers have brought in for minicamp, with everybody in attendance for minicamp, the Panthers have now had a chance to see where every member of their roster is, and to start pencilling in the depth charts for the first training camp practice a little over a month from now.

Although the Panthers certainly appear to be taking things slowly with a number of their players who are not at full health, leading to a few position groups looking very thing indeed, there was still enough going on between the lines to draw some conclusions about how some of the most hotly contested battles are shaping up at this admittedly early stage. 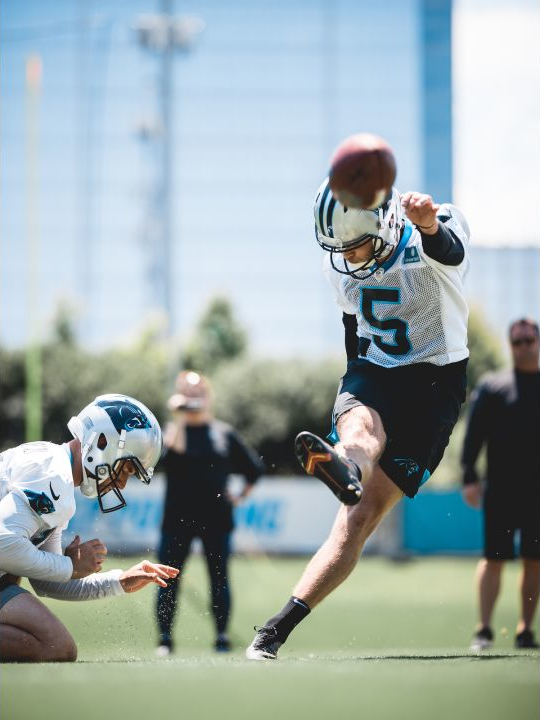 There were two additions to those not fully participating in practice, with TE Colin Thompson spending practice on an exercise in a red jersey while defensive lineman Frank Herron left practice on a cart with a lower leg injury for which he will undergo an MRI scan to judge the severity of the issue. Somebody who was new to practice this week, however, was owner David Tepper, who stopped by practice for the second day in a row.

The defense had a second strong day against the offense, with batted balls again a feature. As mentioned yesterday, this is something that is at least in part due to the lack of full contact making it harder for the offensive line to keep arms down but if the defensive line is able to make this kind of impact through training camp then that will either be a very worrying sign for an offensive line that is short of known entities or an extremely promising sign for a very talented but also very young defense. 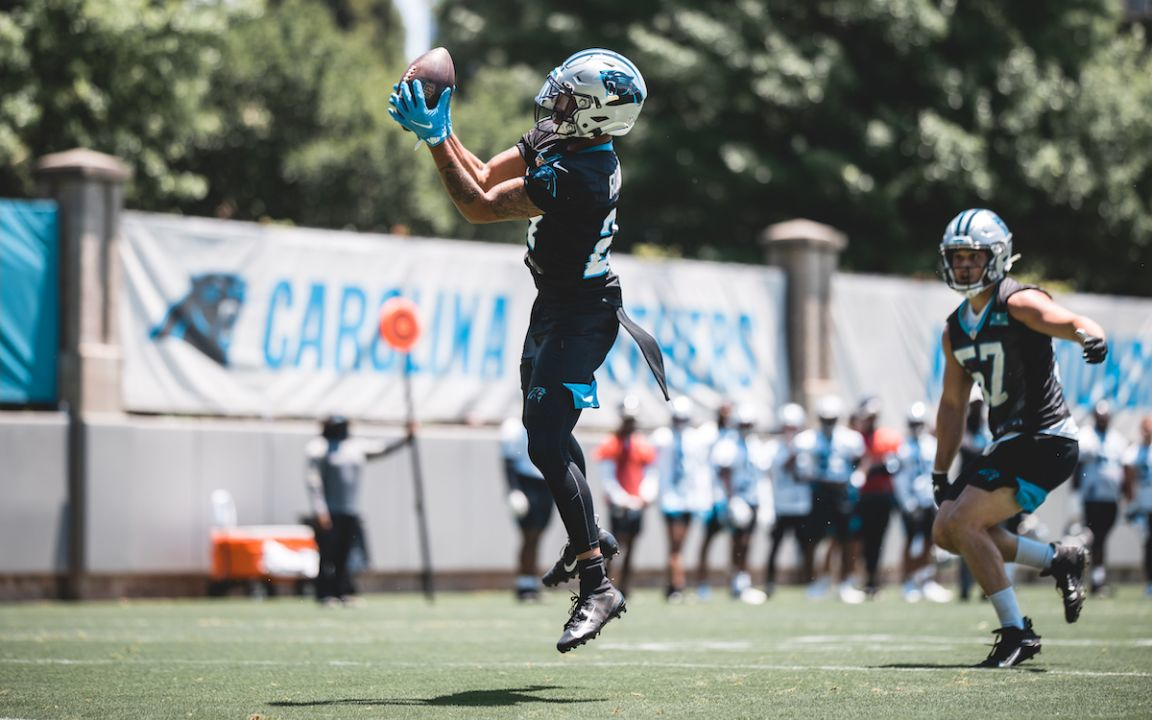 Beyond the tipped passes, the defense had another impressive day and while the offense is unquestionably missing a number of players with minor injuries that should be cleared up before training camp this is a battle that the Panthers will become a little more back-and-forth as the offseason continues.

With that said, Sam Darnold did have a better day on Wednesday than he did on Tuesday, with a number of impressive completions highlighted by a touchdown pass to running back Reggie Bonnafon and a Hail Mary touchdown to red zone weapon Dan Arnold. The Panthers clearly want to get more receiving production from their tight end and running back groups this season, and while there have been a number of promising signs to this point, both Ian Thomas and Rodney Smith were a fault as the Panthers had back-to-back drops, including one in the endzone. 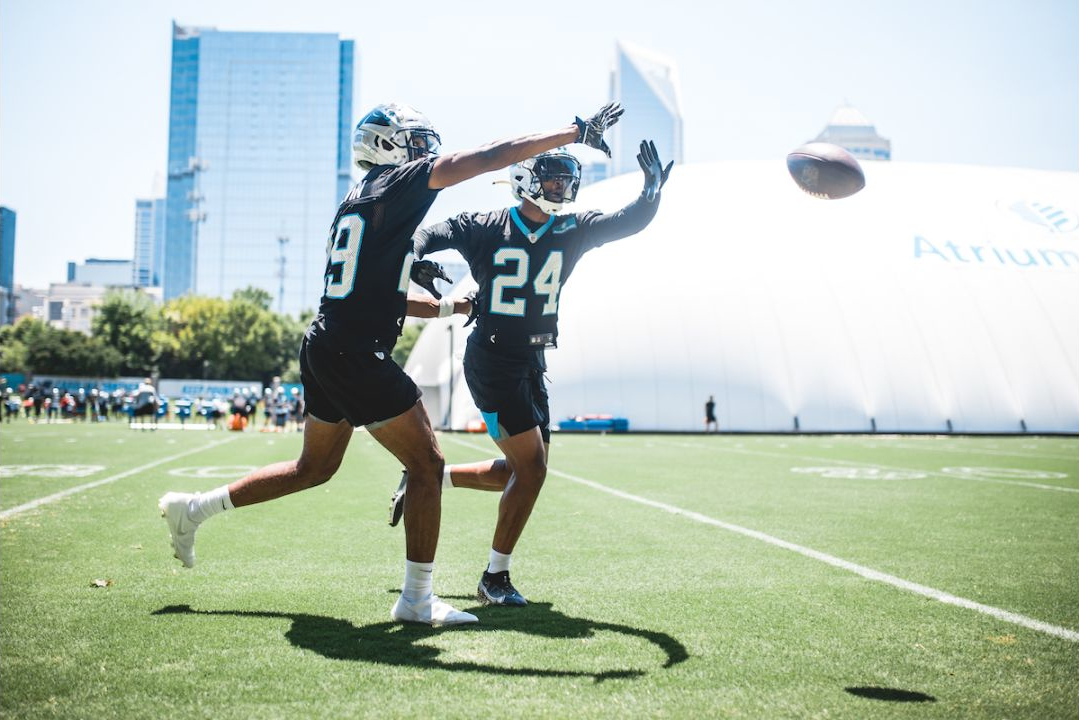 The Panthers ended up finishing practice a little earlier than scheduled but made sure to finish up with a field goal attempt by Joey Slye that he had no trouble converting. With Zane Gonzalez trying out this week it is clear that the Panthers aren’t completely content at kicker, and with only one on the roster it always makes sense to have back-up options in case of injury, but Slye has certainly been impressive thus far as he looks to make the leap to securing the role long-term.

Another area that is looking to get some long-term certainty is the offensive line, and while there are still multiple spots up for grabs in training camp, Cam Erving will enter training camp as the leader for the left tackle spot. Interestingly, third round pick Brady Christensen who was expected to be part of that competition has mostly been working out on the right side as well as on the interior, and while Matt Rhule was quick to clarify that they do think he has the ability to play at left tackle if needed, he is more likely to see the field elsewhere as a rookie at least. 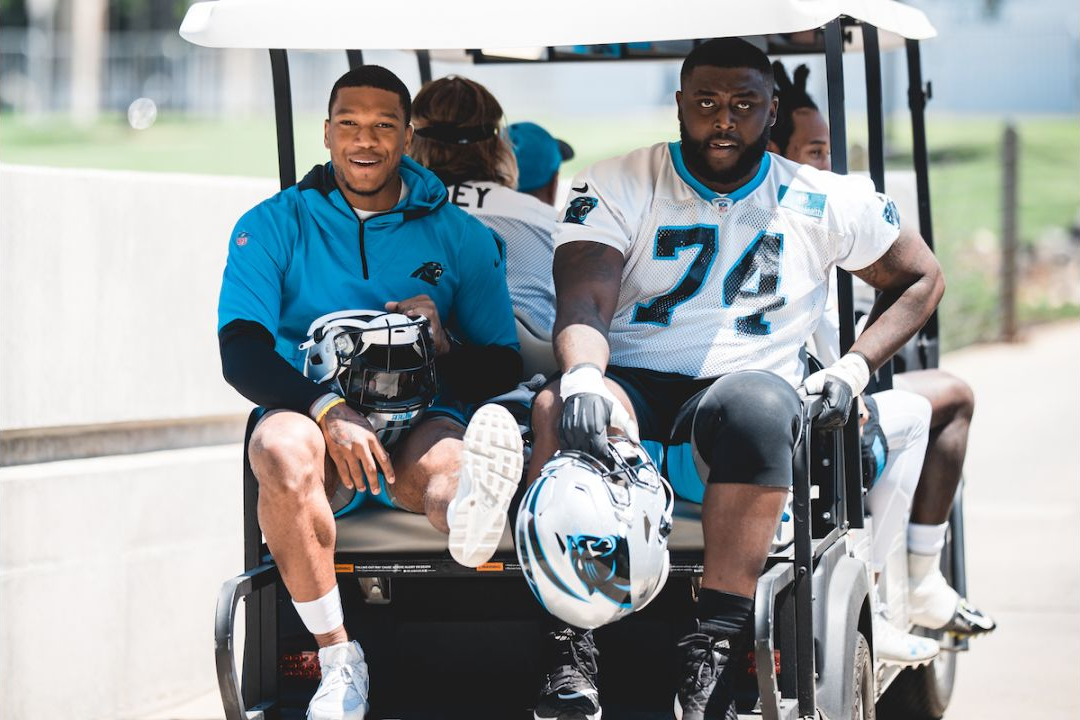 As well as what was happening on the field, the NFL and NFLPA also released new COVID protocols for vaccinated and unvaccinated players for training camp and the preseason. These are likely to evolve as the year goes on and more information around case numbers and vaccination rates becomes available but offer a degree of certainty for teams and players for the short and intermediate term.

On the subject of COVID, Matt Rhule declined to say what percentage of the roster has been vaccinated as of right now but did say that it wasn’t where they wanted it to be and that he thinks increasing the vaccination rate will help the team on the field. Speaking to the media after practice, both Sam Darnold and Christian McCaffrey declined to say whether they themselves have been vaccinated, but this is likely to be an ongoing storyline for all teams around the NFL as we move towards training camp and the season itself.

The Panthers will have a conditioning session on Thursday, but this marks the last on-field practice before the take just over a month off ahead of training camp. Given the five players they brought in as try-outs for minicamp it seems likely as though the Panthers will continue to explore options when it comes to improving their roster right up to the start of the season and even beyond, but having now had a chance to see all of their players in the flesh, something they didn’t get to do until training camp last year, they are now placed to hit the ground running when they reassemble in Spartanburg.