Nothing’s Changed For Kyle Allen – Except Everything Kind Of Has 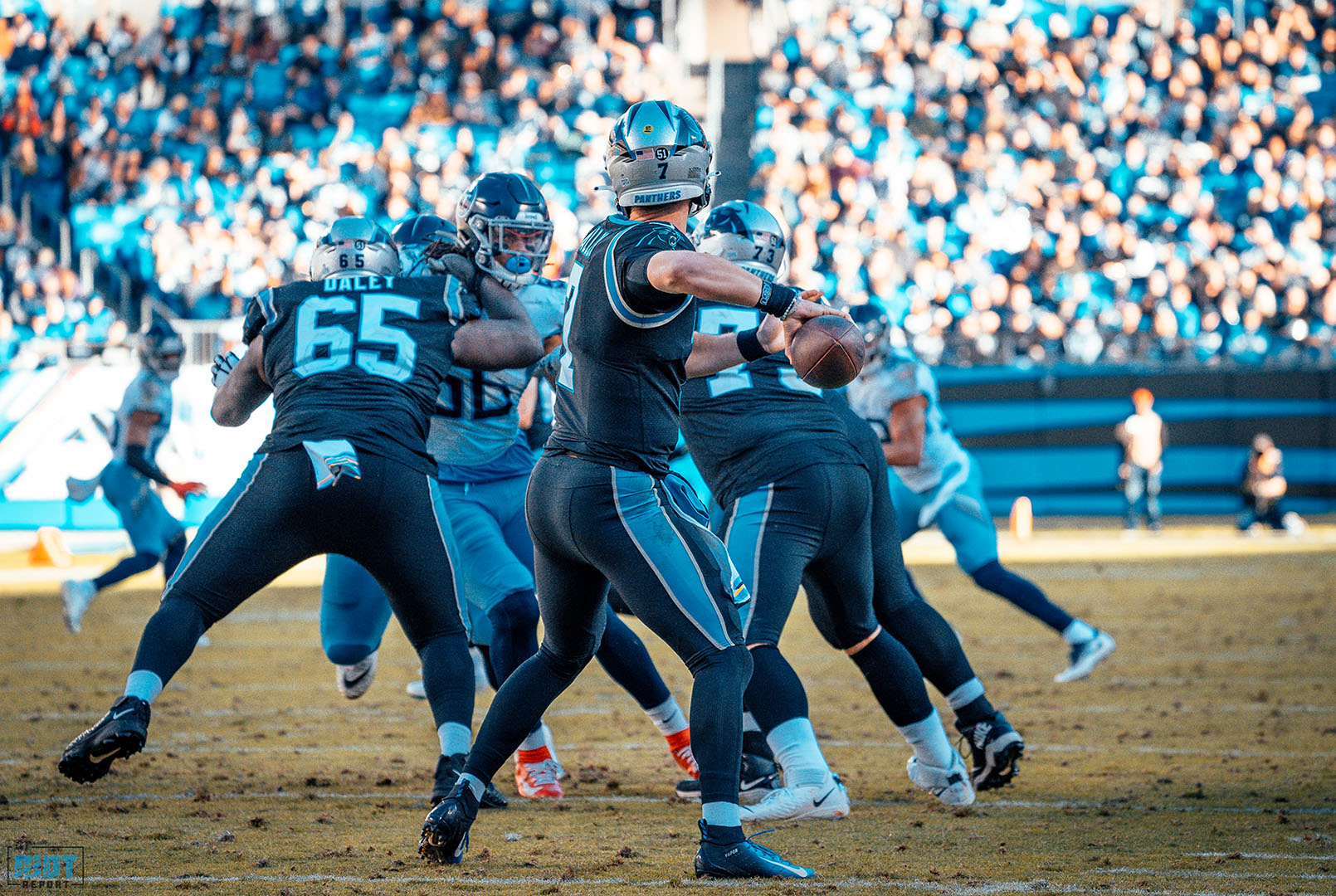 While the world around Bank of America Stadium shifted irrevocably with the news that franchise quarterback Cam Newton would be placed on injured reserve and the indications from outlets around the league that Newton’s days with the team already has begun counting down, there’s one place where everything remains constant and the same – the Panthers locker room.

“Nothing’s changed,” said Kyle Allen Wednesday, even as reporters tried multiple times to needle the even-keeled 23-year old into admitting that knowing that he was the Panthers starting quarterback for the rest of the season was at least a small weight off of his shoulders – even Ron Rivera admitted that a little bit of clarity in the situation would help him, but Allen continued to reiterate that his job this week is the same that it’s been every week since Week 3 when he took over for Newton.

“You guys don’t believe me on this, but I prepare the same way every week.”

It doesn’t matter that he’s playing at historic Lambeau Field – a couple hours drive from where he spent summers as a kid on a lake near Milwaukee – or facing off against the quarterback with the number one career passer rating in NFL history or replacing the greatest quarterback in the history of the Panthers.

None of that matters – what Allen does is still the same, has been the same all year.

“My job is to, from before he went on IR, my job was to get ready to play every week and then when someone told me it was not my turn to play anymore, that’s when I would stop playing,” said the unflappable Allen. “So it’s still the same thing right now – it’s like I [say] every single week, I take it week by week, I try and focus on the simple things and we try and go out and win games on Sunday.”

“I’m going to give this team everything I have to win this game on Sunday, because it’s an important one just like all the other ones.”

Nothing’s changed – except at least one thing has changed, and it’s the way Allen is starting to navigate the pocket.

The quarterback who has won five of his six career starts is getting more confident with the ball in his hands, every week getting better as the game starts to slow down – or Allen starts to speed up – and that’s been no more evident than when he feels pressure.

In his first few games, Allen bailed from the pocket early at the slightest hint of pressure, and that still happens – just less often.

Offensive linemen say they’ve noticed his confidence and demeanor in the pocket improving, even after his worst game in San Francisco, where he was sacked seven times and turned the ball over three times, and a slow start in Tennessee. Allen would start the Titans game 4-of-13 before reeling off nine straight completions – including two touchdowns – to send the Panthers to halftime up 17-0.

“I think every week, the man is getting better, honestly,” said tight end Chris Manhertz. “He’s getting more comfortable, he’s getting more confident in the pocket and I guess it’s one of those things that comes with time – the best way to learn and get better is to kind of get thrown in the fire and learn from making mistakes.”

Perhaps nowhere was the pocket presence more evident than this second-quarter throw to Greg Olsen – similar pressures had forced Allen to break the pocket, but he hung in, climbed the pocket and threw the Panthers into field goal range before the two-minute warning.

“I think it’s just a feel thing,” said Allen. “It’s getting comfortable, trusting your protections, trusting your routes and really sitting in there. I knew we were picked up, but I also knew that Christian wasn’t going to be out on the route, because he’s blocking. It’s just those little things where I pick up on that quick and then I know, ‘alright, on this play now I’ve got to step up because I don’t have a checkdown because he had to pick up the blitz.'”

“The little things in the game I’m going to get better with every week.”

Even though Newton will be sidelined for the rest of the season, the bond between the quarterbacks is strong – Allen has continually reminded people that Cam Newton has been at every meeting and has helped him grow as a quarterback. That might change eventually, but it sure hadn’t on Wednesday, when Newton was in the locker room, joking with teammates and exuding his natural Camness, two lockers down from Allen’s.

“The one guy who’s been there for – as he likes to call him – Lovey Dovey [Allen’s nickname], Cam has always been there and he’s always been supportive,” said Rivera. “There’s a bond on a team – that’s a good thing.”

I watched this man do everything in his power to come back from his injury. I watched him lead and be a great teammate day in day out. ⁣ ⁣ Thank you for setting the example. We got you ✊🏼

But the sometimes unrelenting machine that is an NFL team keeps rolling on – there’s only a slight pause to lament the Panthers’ leader in both passing and rushing touchdowns being lost for the season before moving on to Green Bay. The trip to Wisconsin is a crucial game as the 5-3 Panthers need as many wins as they can possibly get in a stacked NFC with New Orleans (twice!), Indianapolis and Seattle still on the schedule.

“It’s no different,” said Bruce Irvin. “Now we just know officially Cam isn’t coming back, [but] the guys are still preparing the same. We trust in 7. It’s an unfortunate situation for Cam, he’s a hell of a player, but life goes on. He knows that, we know that.”