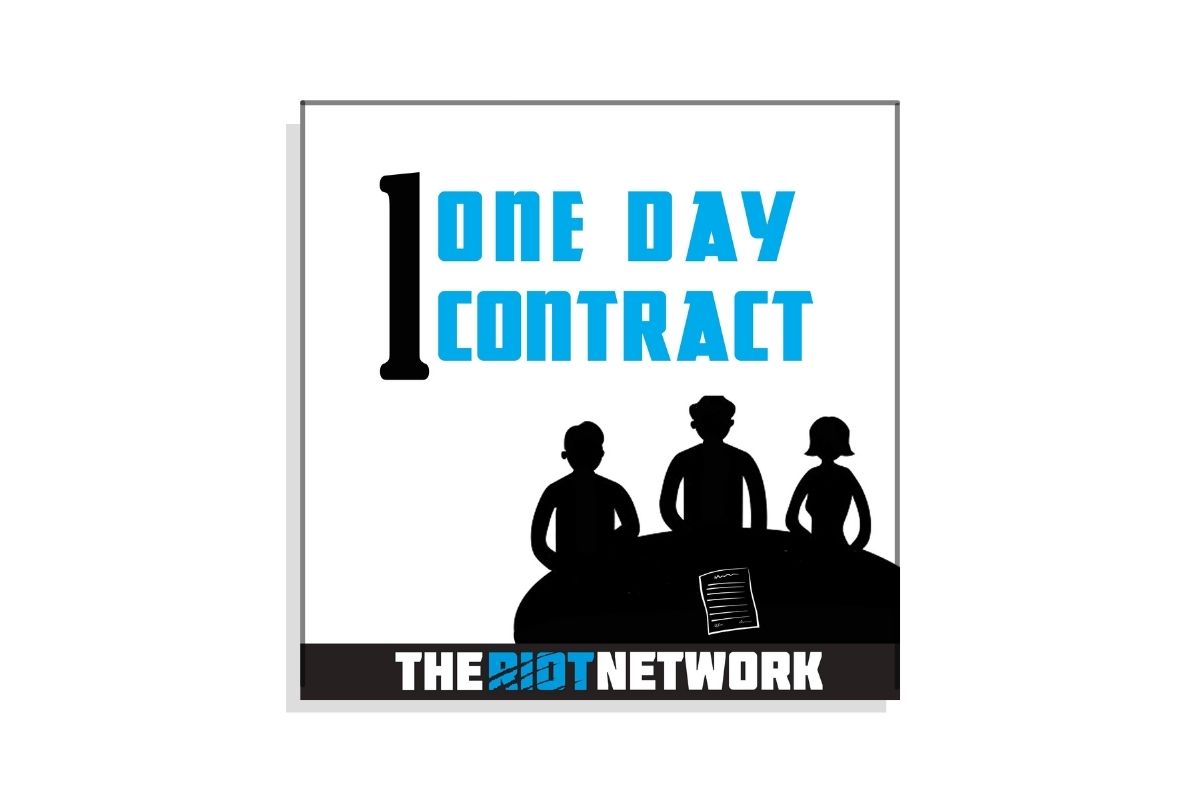 The Panthers trade down a million times while the rest of the world returns to normalcy and the #OneDayContract crew brings in The Riot Repot Managing Editor and draft guru Vincent Richardson to discuss how they feel about using the eighth pick on Jaycee Horn, how the new regime of the Panthers’ process gives them hope for the future and what exactly it means to get ‘good value’ in the NFL Draft.

They’ll then go down the line and talk about every one of the Panthers 11 (!!!!) draft picks – from Terrace Marshall in the second to Big Snacc – can Tommy Tremble live up to his third round draft status? Does that even matter? What do Deonte Brown and Daviyon Nixon have to do to be successful? Is this the end of the line for JJ Jansen? What (and where) should we expect from Brady Christensen?

All this – as if the draft wasn’t enough – and Josh has a HUGE announcement.

One Day Contract is a proud part of The Riot Network – be sure to rate, review & subscribe to help spread the word.

Editor-In-Chief at The Riot Report
Josh Klein is Editor-In-Chief of The Riot Report. His favorite Panther of all time is Chad Cota and he once AIM chatted with Kevin Greene. Follow Josh on Twitter @joshkleinrules.
Related:   Carolina Panthers 2022 OTA Notebook: Jaycee Horn's Return, Christian McCaffrey's Workload, and Flashes of Undrafted Potential