Out Of Lifelines, Panthers Now Need To Save Their Own Season 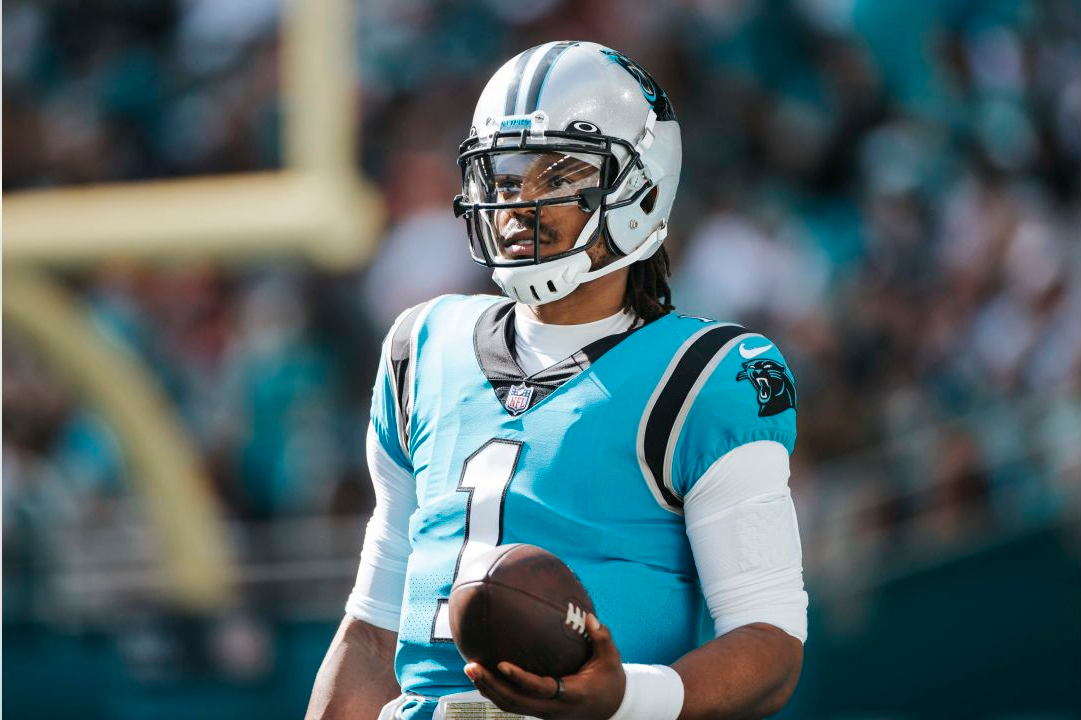 Around the National Football League, there are various analogies that teams use to describe the pits of the season. Some talk of submarines that submerge into the deep blue and how it’s up to the crew on board to keep the vessel from taking on water, others speak of flowers and fertilizer, and how the players need to keep bringing water in order for the plant to continue growing. What’s happened with the Carolina Panthers, however, reflects a different sort of mentality.

Upon his triumphant return to the team three weeks ago, quarterback Cam Newton inferred the Book of Exodus and the return of Moses from the desert back to Egypt: A tale which spoke of a hero to part the Red Sea and lead the Israelites out of oppression and to the promised land. For one glorious week, that sort of story played out to a T – All the way down to the Panthers claiming victory in the “Red Sea” of the Arizona Cardinals’ stadium.

However, such wonders have now dissipated, leaving Carolina to confront a cruel reality over their bye week, the Red Sean is closing in and if they are to avoid drowning then they’re going to have to save themselves. 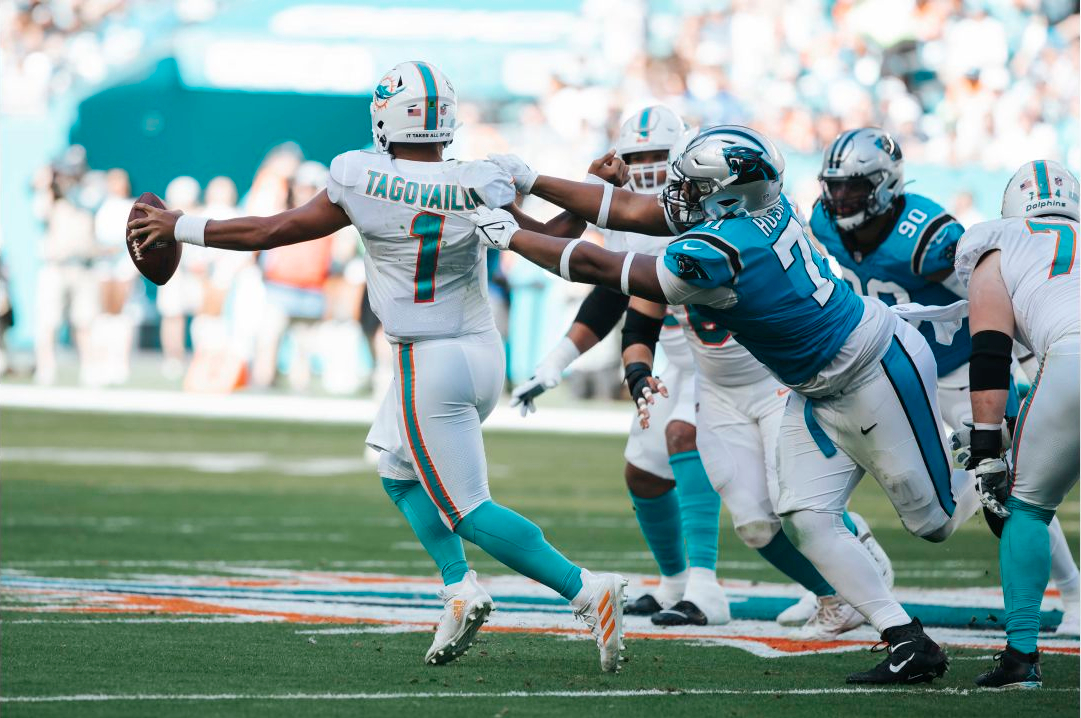 Throughout the 2021 season, whatever adversity the Panthers have faced in terms of injuries has generally been met with a splash move to make up for it. When rookie cornerback Jaycee Horn was lost for the season to a foot injury in Week 3, Carolina traded with Jacksonville for former first-round pick C.J. Henderson. Weeks later, that move was one-upped by a trade with the New England Patriots for 2019 NFL Defensive Player of the Year Stephon Gilmore.

Both those moves inspired belief that the Panthers were all-in on winning immediately, and both carried the promise of players who would help Carolina do just that. Then, after poor play and injuries to quarterback Sam Darnold, came the re-signing of Newton: The greatest quarterback and arguably the greatest player in the history of the Panthers, and the superlative “hero” that would save their season.

Unfortunately, the time for heroes is now past. With the NFL Trade Deadline now a month in the rearview mirror, the Panthers now have little to no means of bolstering their roster and, considering the emotional impact of the mid-November reunion with Newton, they have already maxed out on what any remaining transactions can do for the morale of the team.

This is something that especially smarts with the knowledge that two of the Panthers’ star players and team captains – All-Pro running back Christian McCaffrey and cornerback Donte Jackson – were lost for the year to season-ending injuries suffered in Carolina’s 33-10 blowout loss to the Miami Dolphins and, with the calendar now turning over to December, the Panthers now risk their season be defined by the infuriating slide that followed a 3-0 start.

All while having the various moves they made that promised to put them over the top fail to do so. 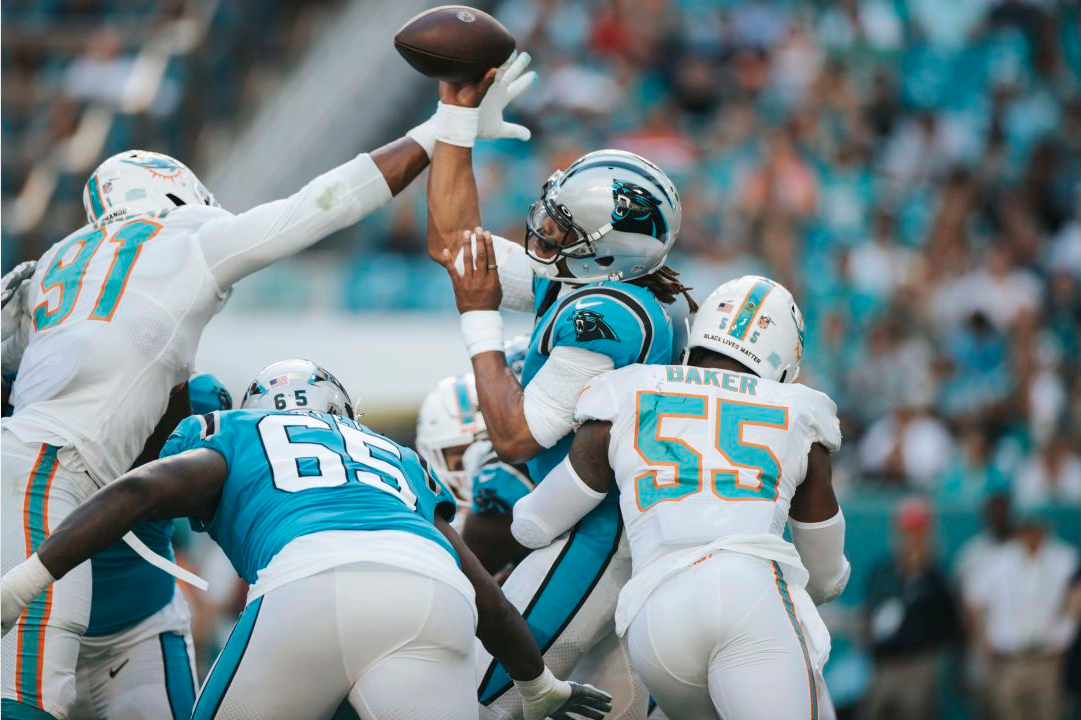 “Just because Cam Newton is on your roster, it doesn’t mean you’re just going to win. Just because it’s a feel-good story, doesn’t mean you’re going to win,” said Newton after one of the worst performances of his career on Sunday. “I’m well aware of that. I think in this situation we all have to come to grips with who we are, and I’m putting blame on myself first before I can even look at somebody else. I have to be better. I know that.”

Sunday’s game against the Dolphins, and the previous week against the Washington Football Team, proved that it can’t be up to Newton or anyone else from the outside to swoop in and save the Panthers’ season. Over the final five games of the regular season, whether or not the Panthers can make a push for an NFC Wild Card spot – much less the NFC South itself – is going to be up to those who are already in the locker room and have been there from the beginning.

Players like D.J. Moore, Robby Anderson, and Chubba Hubbard on offense. On defense, players like Derrick Brown, Haason Reddick, and Brian Burns – who ferociously laid into his teammates on Sunday’s sideline.

“I was just trying to re-find that spark, find that edge,” said Burns of his sideline tirade. “We were lacking that at that point in time. But the main message is the same thing it’s always been from Day One: It’s just do your job. Just gotta do your job and everything will work itself out.” 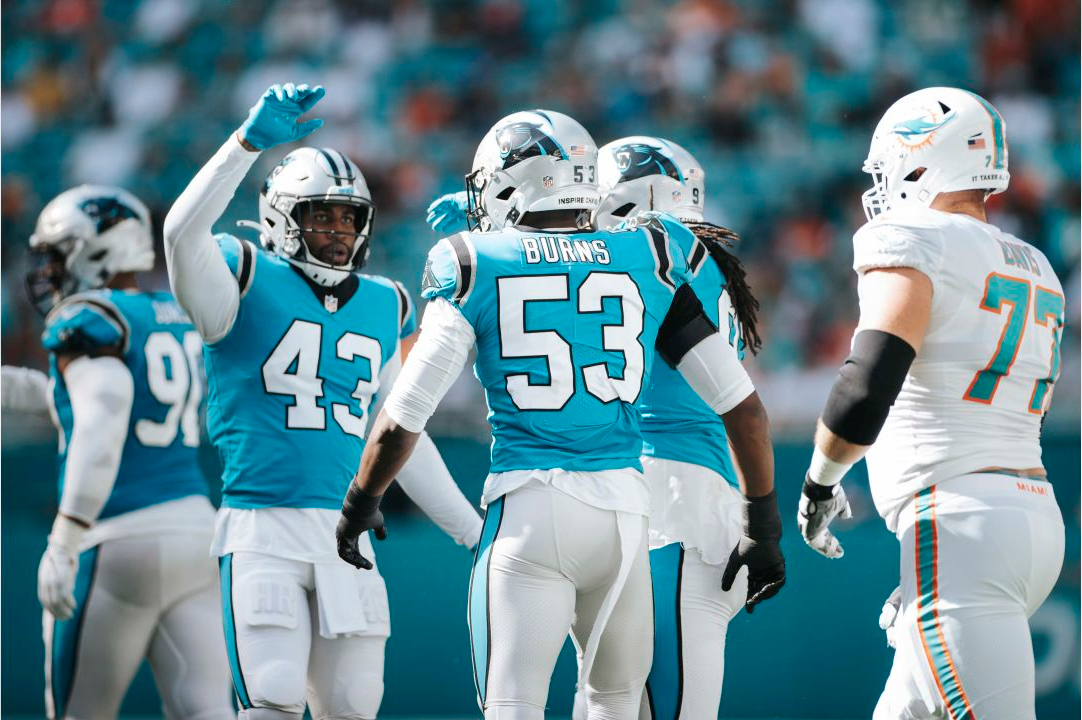 With the walls of water seemingly closing in at the Bye Week, the epitaph-writers for the 2021 Carolina Panthers are already sharpening their tools:

After a 3-0 start, the delusions of grandeur of a franchise starving for success led to a young coach, first-year general manager, and aggressive owner playing havoc with future draft capital to build a contender in-season while overestimating just how close they were to being one, leading to an all -too-predictable collapse and compromising the team’s long-term vision.

That is, unless the players in the Carolina Panthers’ locker room – and nowhere else – change it. The good news is, there’s still time to change it: The 2014 team, which went from being left for dead at 3-8-1 on November 30 to winning a playoff game, is proof of exactly that. Having a Bye Week at the outset of December, when few teams are fresh and the toll of a 17-game season begins to become apparent, also works in the Panthers’ favor.

Make no mistake though, this is a critical juncture. A bye week to rest and regroup is the last lifeline the Panthers have. Nobody is coming to save them; it’s sink or swim time.