P.J. Walker, The Rise Of The Panthers Offense, And Beyond 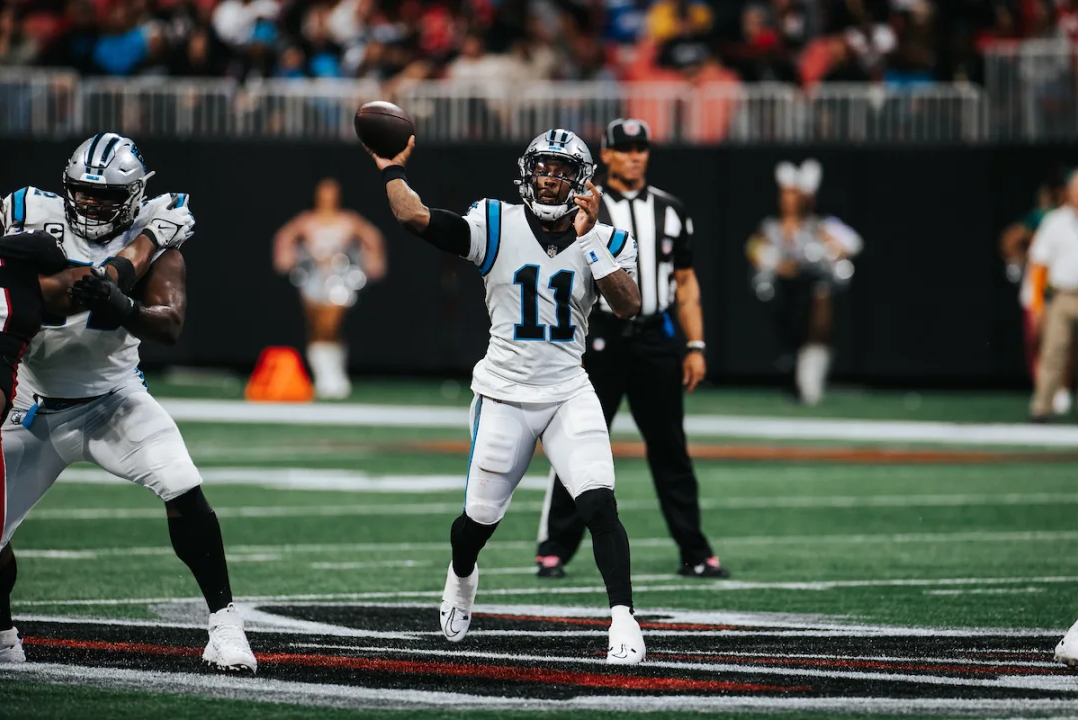 Just when it seemed like many of us were out on the Panthers, they found a way to pull us back in.

When it comes to wins and losses, not much has changed since the firing of Matt Rhule, as the team is 1-2 under Steve Wilks, but, since the switch, Carolina suddenly has life. From an upset win over the Tom Brady-led Buccaneers to a thrilling almost-win over the Falcons, players seem to have bought into the new culture.

One of the biggest beneficiaries of this change (aside from Panthers fans everywhere) is quarterback P.J. Walker. Walker, 27, has been with the Panthers since 2020 following a meteoric rise from Colts’ depth piece to XFL legend, but his status on the team was in doubt entering the regular season. However, following injuries to Matt Coral, Sam Darnold and Baker Mayfield, he has gone from fourth-stringer to starter, and is doing everything he can to make sure nobody can take that title away from him.

So, just how good has PJ Walker been, and how far can he take the Panthers over the remaining nine games of the season? 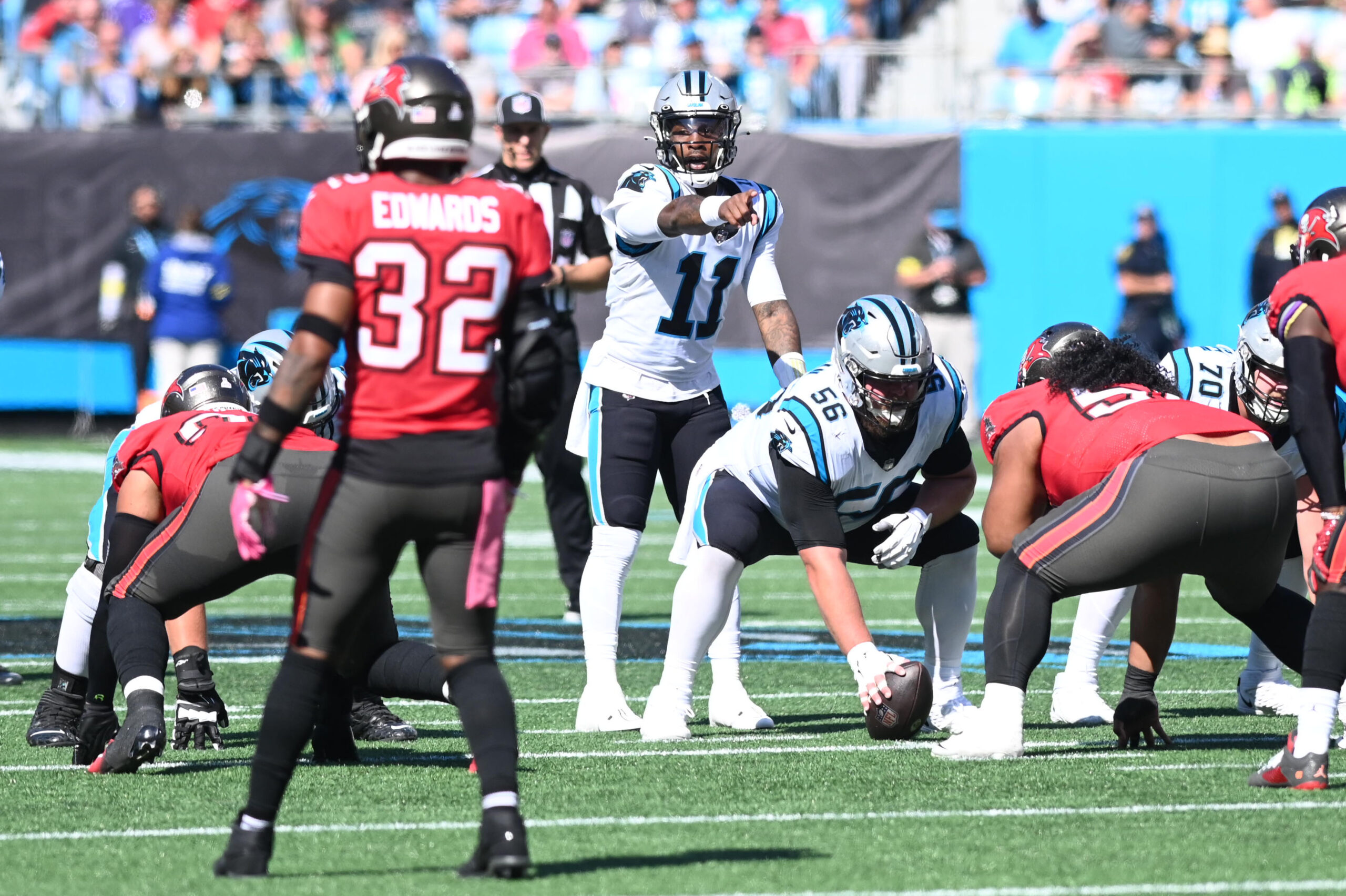 From games 1-5, the Panthers offense was nothing short of a disaster. Baker Mayfield, brought in to be an upgrade to Sam Darnold, led to even less successful results. Let’s put it this way: Via ESPN, Mayfield currently has a QBR (different from passer rating) of 15.4. To give you an idea of how bad that is, Davis Mills has the 2nd worst QBR at 31.6.

Mayfield was with his fifth head coach in as many seasons, and what looked like a step in the right direction during the preseason proved to be anything but once the regular season arrived. The team had the fifth fewest yards per play at 4.86, and a couple 60+ plays likely saved them from finding a lower spot on this chart.

But that’s where Walker comes in.

Even when including the infamous Rams game where Walker had a negative aDOT (average depth of target), the Panthers offense has found ways to produce. According to Team Rankings, the team has tied with the Saints for 6th in yards per play, producing 6.1 per offensive snap.

That’s an astounding turnaround, but could it be inflated?

Well, to some extent yes. If you have away Walker’s incredible 62-yard touchdown throw to D.J. Moore against the Falcons then the Panthers’ yards per play production goes down from 6.1 to 5.8, though this would still rank 11th since week 6.

However, if you take away Mayfield’s longest completion, a 75-yard touchdown pass to Robbie Anderson against the Browns in Week 1, they drop from 4.86 yards per play to 4.61. While the drop again isn’t enormous, it does drop them from fifth worst in that span to the absolute worst.

The point I’m trying to get across is that, while the numbers don’t drastically change for games 1-5 or 6-8 after taking out certain plays in those respective stretches, the Panthers were still a bad offense even with that 75-yard touchdown. And even with that 62-yard touchdown in Week 8, they are still much-improved over the past three games. 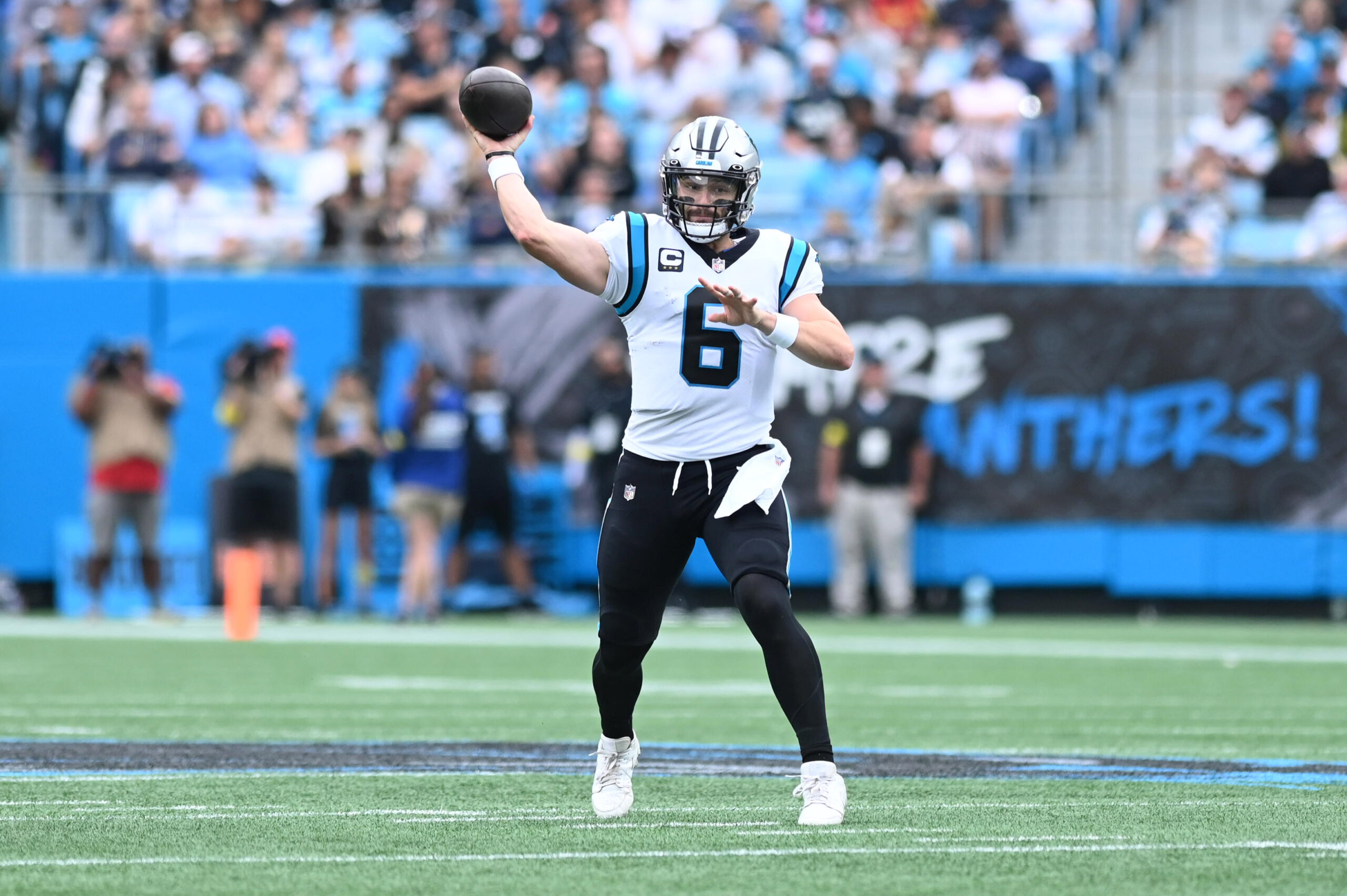 So, what’s changed? Is it simply the addition of P.J. Walker? Did the departure of Christian McCaffrey really release an anchor off the franchise’s back? Have players finally bought into Ben McAdoo’s scheme after all this time? And additionally, have the players bought into Steve Wilks?

To one degree or another, all four questions can be answered with a yes. 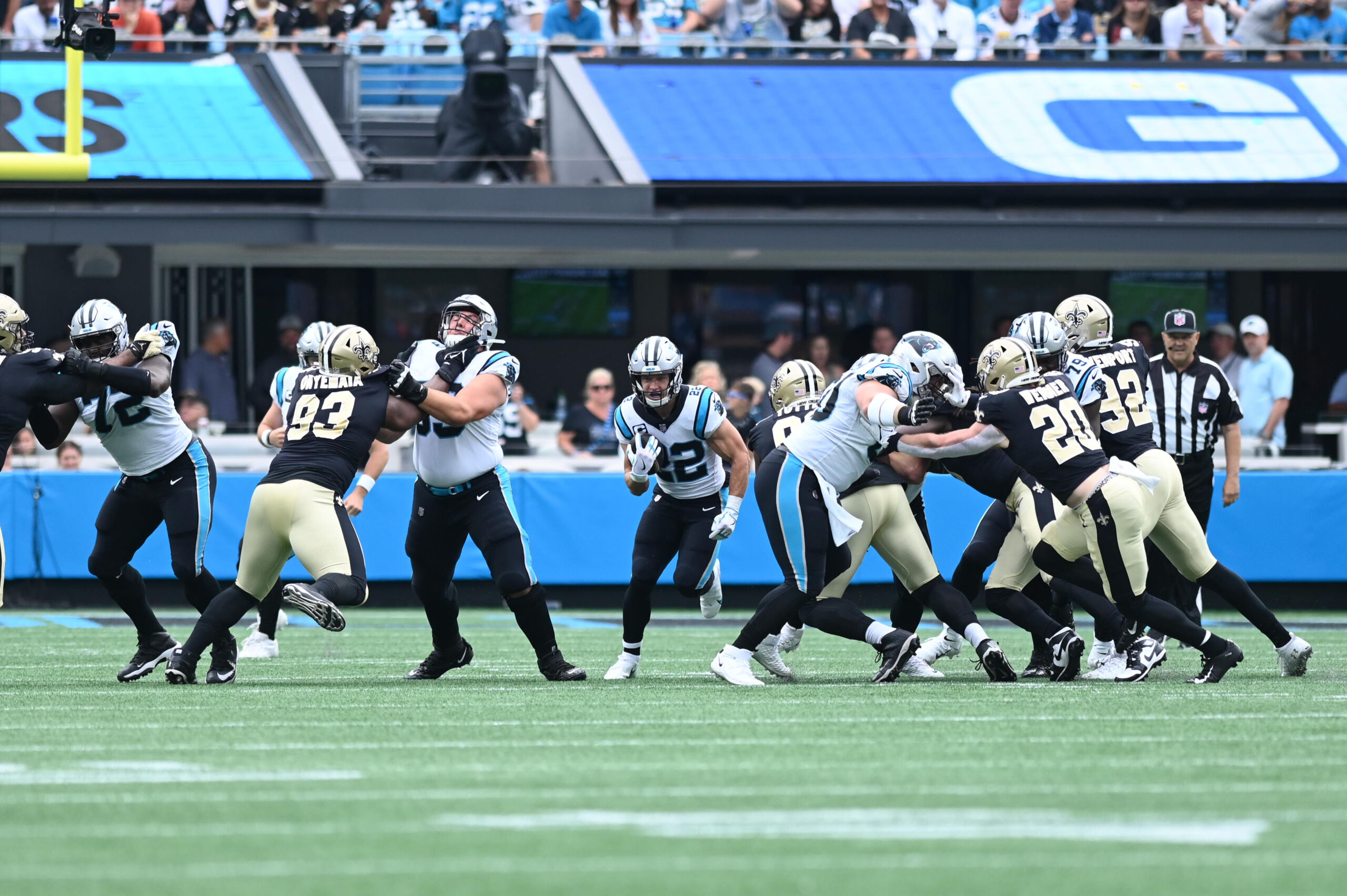 Let’s start with the changes at running back. Though McCaffrey was comfortably the Panthers’ most productive offensive player during the first five games of the season, averaging more than 110 scrimmage yards-per-game, the Panthers’ focus on getting him the ball, and not getting him injured, placed significant limitations on what they were able to do offensively.

Over the first five games of the season, despite a pair of 140+ yard rushing games, the Panthers averaged under 17 running back carries-per-game. While some of that can be ascribed to the fact that they spent a lot of those games trailing, instances such as the failure to run the ball in the second half against the Cardinals despite having a lead indicates that this was more than just circumstantial.

In the two games since McCaffrey was traded to the 49ers, that number has jumped to an average of 30 carries-per-game.

Some of this has been down to the context of the game, sure, but a lot of it has been about a commitment to running the ball without a fear of breaking their prize possession.

Running the ball more has also had a number of important knock-on effects. It has allowed the offense to take more time off the clock, giving the defense time to rest and therefore putting them in a better position to close games. It also plays to the strengths of the Panthers’ offensive line, and takes a lot of pressure off of the quarterbacks to be the ones constantly making plays to sustain drives.

The other thing it has done, however, is to create more deep passing opportunities down the field as defenses have to push up to counter the threat of the run. This is reflected in the average Depth of Targets (aDOTs) for Mayfield (6.7) and PJ Walker (9.0), 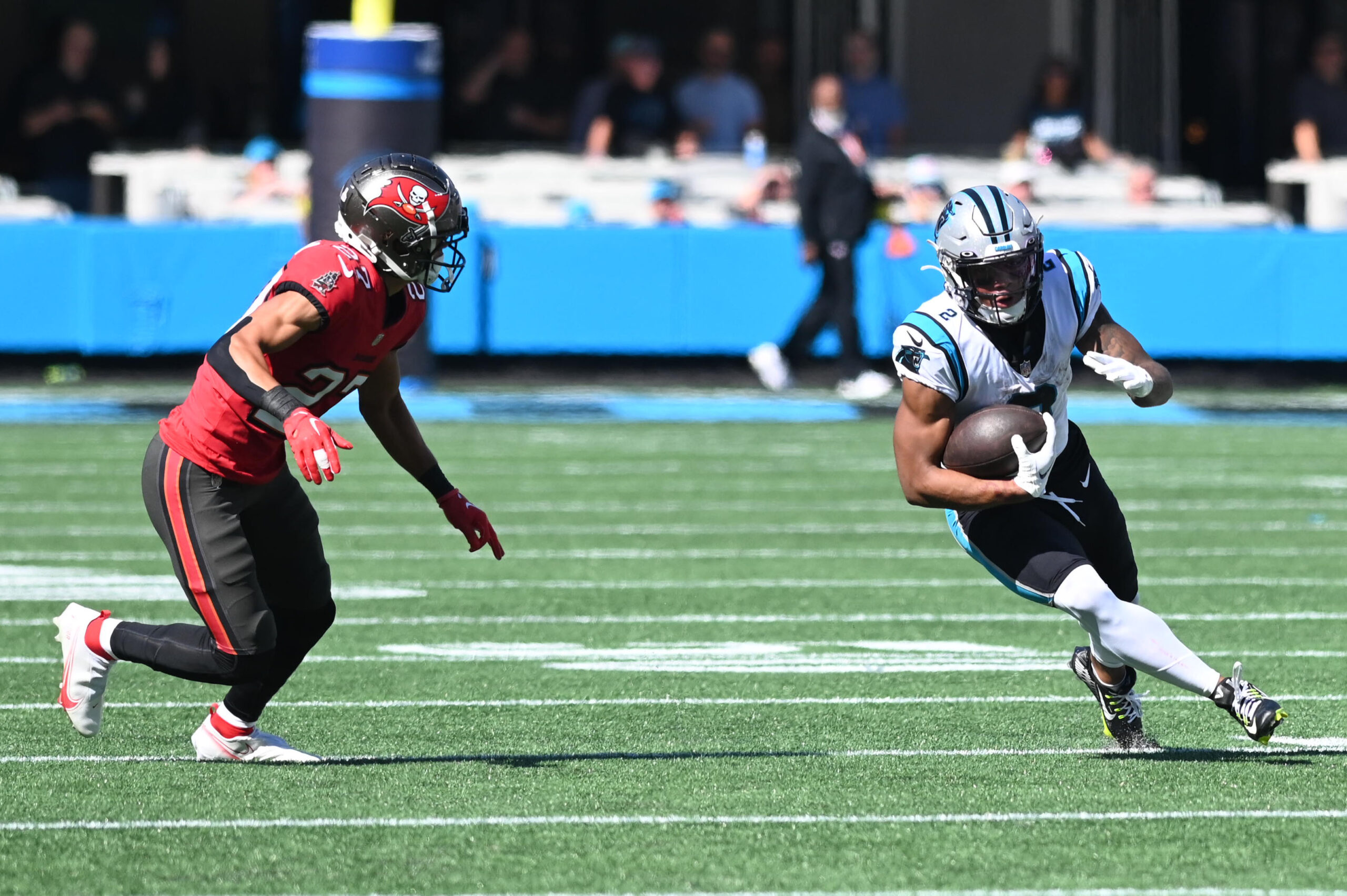 Given that Moore has been hugely productive with every quarterback he has ever played with not named Baker Mayfield, and that Mayfield has had more than his fair share of issues getting elite receivers involved in the passing game, this change is likely as much about Mayfield as it is about Walker, but he’s certainly played a role in this huge leap forwards.

Ben McAdoo also deserves some credit for the improvements the Panthers’ offense has shown over the past two weeks, but the fact remains that all the things the Panthers have done so well over that span, especially the larger role that D’Onta Foreman has played in the running game, are things that they could have done earlier in the season.

This is less about addition by subtraction, and more about the Panthers finally doing the obvious thing that so many have been pushing for all along. 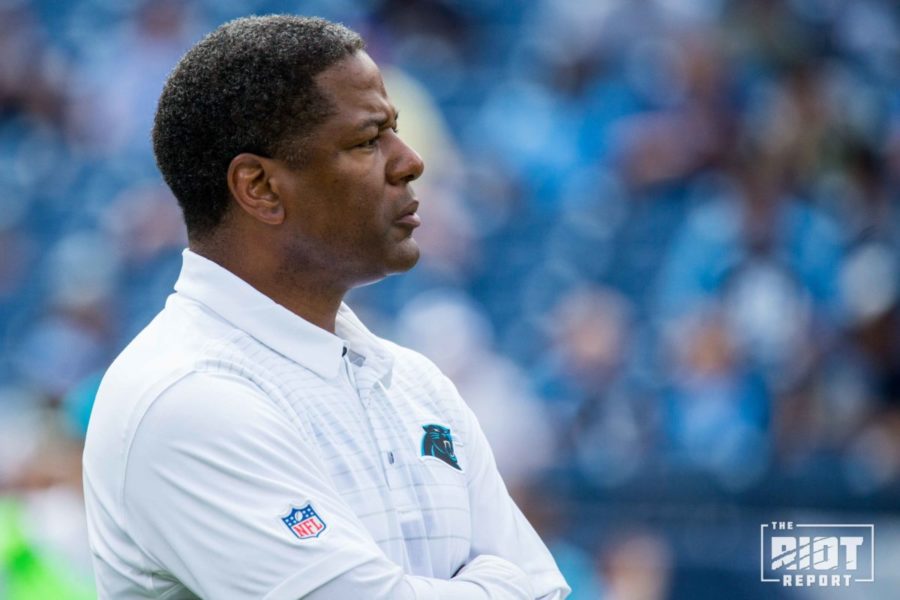 But what does all this mean for the Panthers’ prospects moving forwards, starting with their trip to Cincinnati this Sunday to face the 4-4 Bengals.

Well, for a start, the Bengals run defense was gashed last week against the Browns, and allowed 100+ to a Falcons attack missing Cordarrelle Patterson. With that in mind, the Panthers should continue to split the carries between Hubbard and Foreman, assuming both are good to go on Sunday. The loss of defensive tackle D.J. Reader has also been brutal for Cincinnati’s defense, further helping the Panthers’ prospects.

As the old saying goes, sometimes the best defense is a good offense. In this case, sometimes the best defense is a less than stellar offense, as the Bengals are almost certainly going to be without Ja’Marr Chase, who has shown himself to be one of the very best receivers playing in the NFL right now. Not only that, but his connection with Joe Burrow is also at the very core of what the Bengals look to do offensively.

Without Chase, the Bengals appear helpless for the moment, and the matchup of Brian Burns against left tackle Jonah Williams, who is having the worst season of his largely mediocre career, is going to be key. Even against a defense missing one of its best linemen, the Panthers are going to need as much help as the defense can give them.

With the combination of P.J. Walker and D.J. Moore springing to life, the Panthers offense has a chance to secure a road upset. It won’t be easy, but the struggling Bengals offensive line alone should allow the defense to keep the team in it. 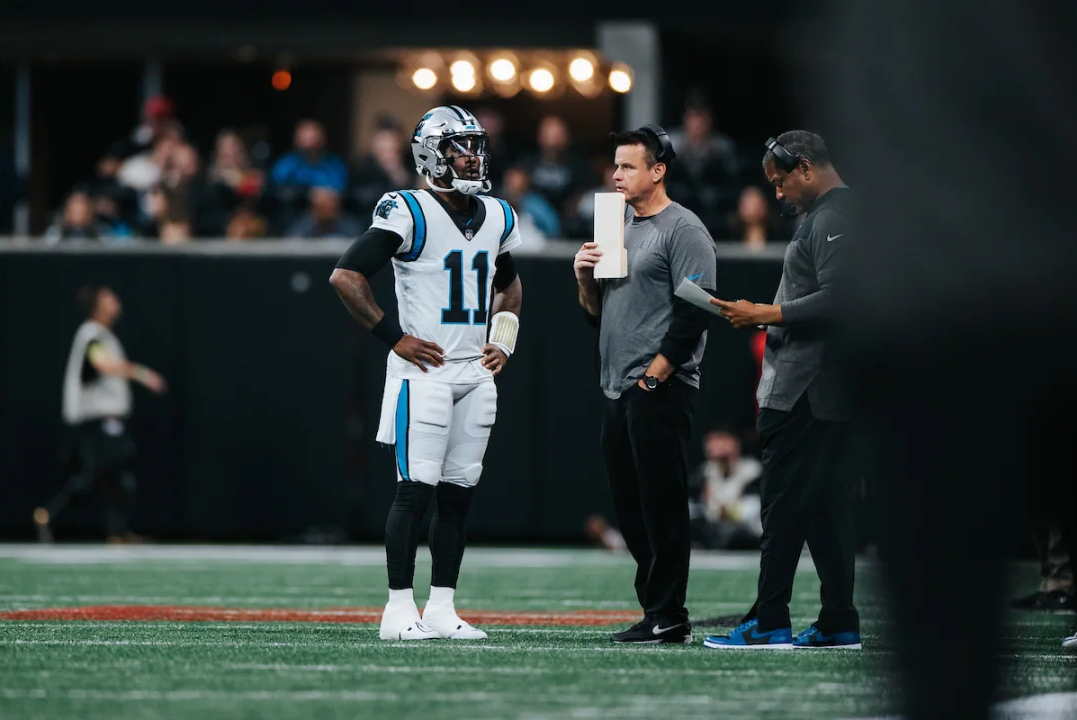 The film is limited, so who knows how long this will last, but Walker has helped give the Panthers the closest this decade they’ve had to an offensive identity. From the days on the Colts’ practice squad, to the days in the XFL, to the days on Carolina’s bench, and finally to a role as the current starter, Walker has had the feel-good story the fan base has needed since the second departure of Newton.

For the time being, Walker has given the Panthers offense something they were waiting on for a long time: Life.