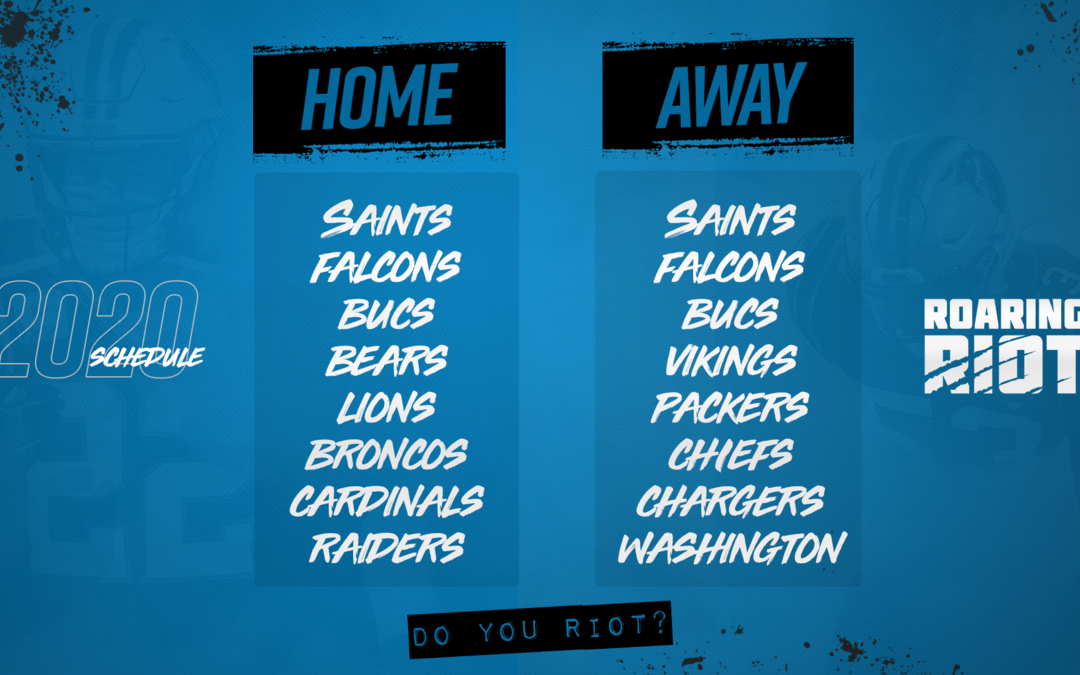 While the 2019 season – except for the magic that Christian McCaffrey was able to create week after week – appears to be one that Panthers fans will want to forget, those ready to look ahead to next season and start planning their trips across the country to see their favorite team – *cough* Roaring Riot Members *cough* – can do so as the Panthers’ 2020 opponents have been set with a week left in the season.

With the Panthers assured of a last-place finish in the NFC South due to their 38-6 loss in Indianapolis and Atlanta’s win over the Jaguars, the Panthers will play a fourth-place-finisher schedule next season.

The Panthers will face Washington for the third straight season – the Panthers have lost games the past two seasons to the team which will likely be led by first-round QB Dwayne Haskins.

This will be the first visit to Minnesota since 2014 for the Panthers and their first time playing in U.S. Bank Stadium, which opened in 2016, where the Vikings are 23-7 in the regular season.

Carolina will play at Kansas City for just the fourth time in team history and will be one of the first teams to play in the new SoFi stadium in Los Angeles when they take on the Chargers; they’ll also play at historic Lambeau Field for the second season in a row – it will be tough for fans to choose just one away game to experience next season.