Panthers Back In Cornerback Market After Breeland Fails Physical 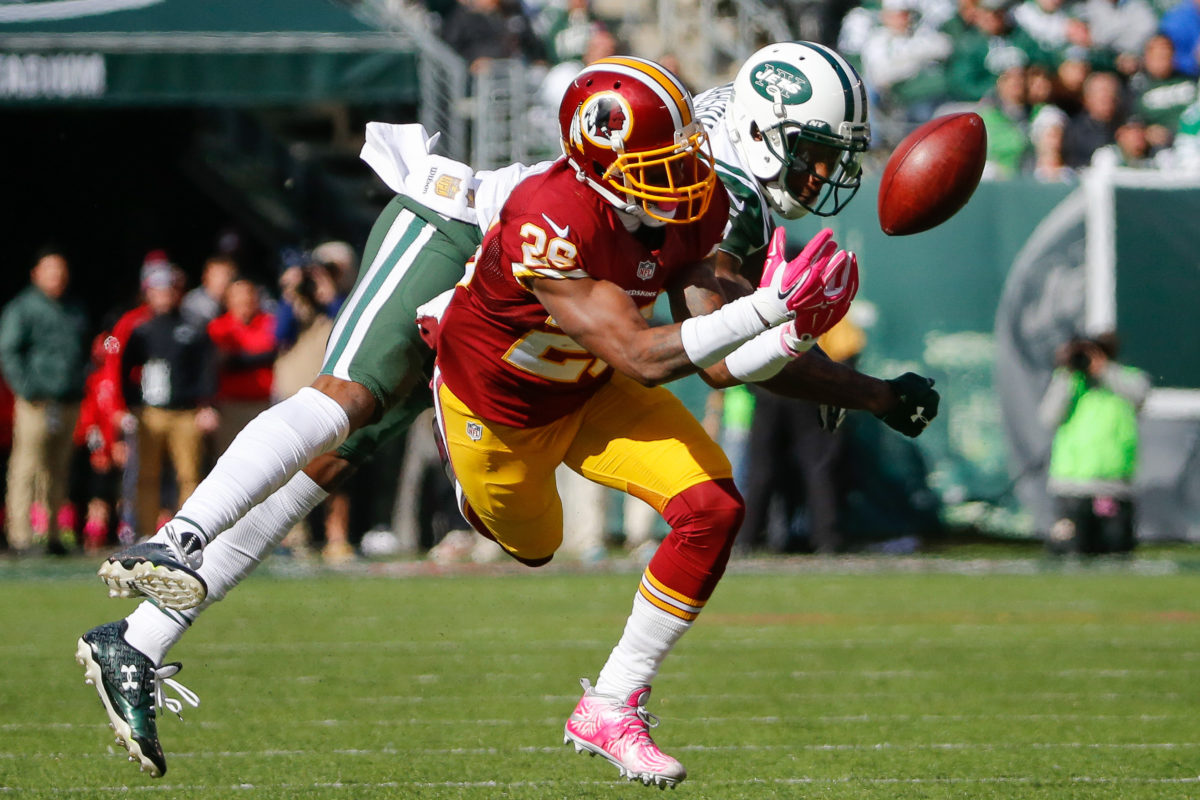 The Panthers appeared to have found a young, talented cornerback to start opposite James Bradberry in former Washington corner Bashaud Breeland as both sides agreed on a team-friendly three-year, $24m deal on Tuesday during the legal tampering period before free agency opened. All that was left was to cross the t’s and dot the lower-case j’s. The Panthers offseason plan appeared to be going right.

And then something went wrong.

Breeland failed a physical with an infected cut on his foot that he suffered during non-football activities on vacation in the Dominican Republic and will not sign with the team, according to Bill Voth of Panthers.com, and the Panthers find themselves firmly in the midst of a cornerback crisis. After trading starting corner Daryl Worley to Philadelphia for WR Torrey Smith last week, the team thought they had found a replacement in Breeland, but now Marty Hurney and the rest of the Panthers staff will be scrambling to get in touch with agents of players in the defensive secondary. Luckily, there are still some talented players available, including: 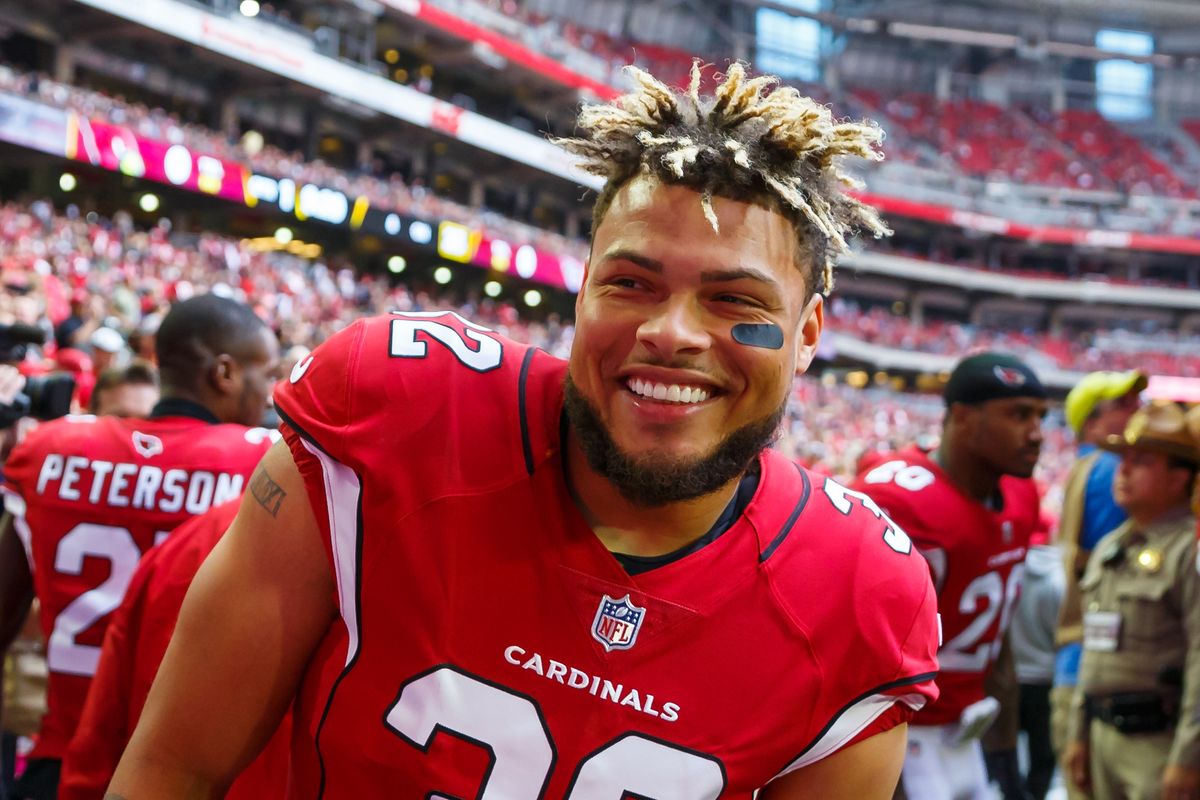 Tyrann Mathieu, Cardinals – The most popular choice, certainly, will be the 2015 All-Pro nicknamed the “Honey Badger” who was released by the Cardinals after declining to take a pay cut from the $8.85m he was due to make this season; with an $8m average per year contract (although a cap hit of less than $4m in 2018) earmarked for Breeland, the Panthers may have enough money to make a strong move for the best available player in the defensive secondary. Mathieu is a hybrid cornerback/safety, but played 68% of his snaps of that 2015 All-Pro season as an inside corner and the rest at safety; the versatile defender has battled both an ACL tear and a shoulder injury, but looked to be returning to form at the end of last season.

Update: Mathieu has agreed to a one-year/$7m deal with the Texans.

E.J. Gaines, Bills – Gaines certainly fits the “young , talented cornerback” bill, but he lacks two important aspects: scheme fit and durability. While the 26-year old was excellent in Buffalo last season on the outside, he’s also missed 25 games in the past three seasons, including five last season with a groin injury; Gaines also is only 5’10” and the Panthers tend to like their outside corners a little bigger, and is more of man-to-man cover corner. The Panthers were also looking to add someone who can make plays on the ball, as Breeland had 19 pass defensed last season; Gaines had nine.

Rashaan Melvin, Indianapolis – Melvin is an interesting candidate, the 28-year old came out of nowhere to become the Colts’ best cornerback last season, but ended up missing the final four games of the season with a broken hand. However, in only 10 games last season, Melvin contributed 13 passes defensed and three interceptions while consistently handling the opponents’ best receiver.

Update: Melvin has agreed to a contract with the Oakland Raiders.

Delvin Breaux, Saints – Another player with injury history, Breaux has only played six games over the past two seasons after breaking his fibula during the 2016 season and then the same bone in 2017, but appeared to be a star-in-the-making during a 2015 campaign in which he contributed 19 passes defensed and three picks in 15 starts.

If the Panthers choose not to sign a cornerback in free agency and head into the season with James Bradberry and Kevon Seymour as their starters, there are cornerbacks in the draft such as Denzel Ward or Joshua Jackson who may be able to step in and contribute immediately. For a closer look at cornerbacks, check out our #CornerbackWeek coverage from last month: 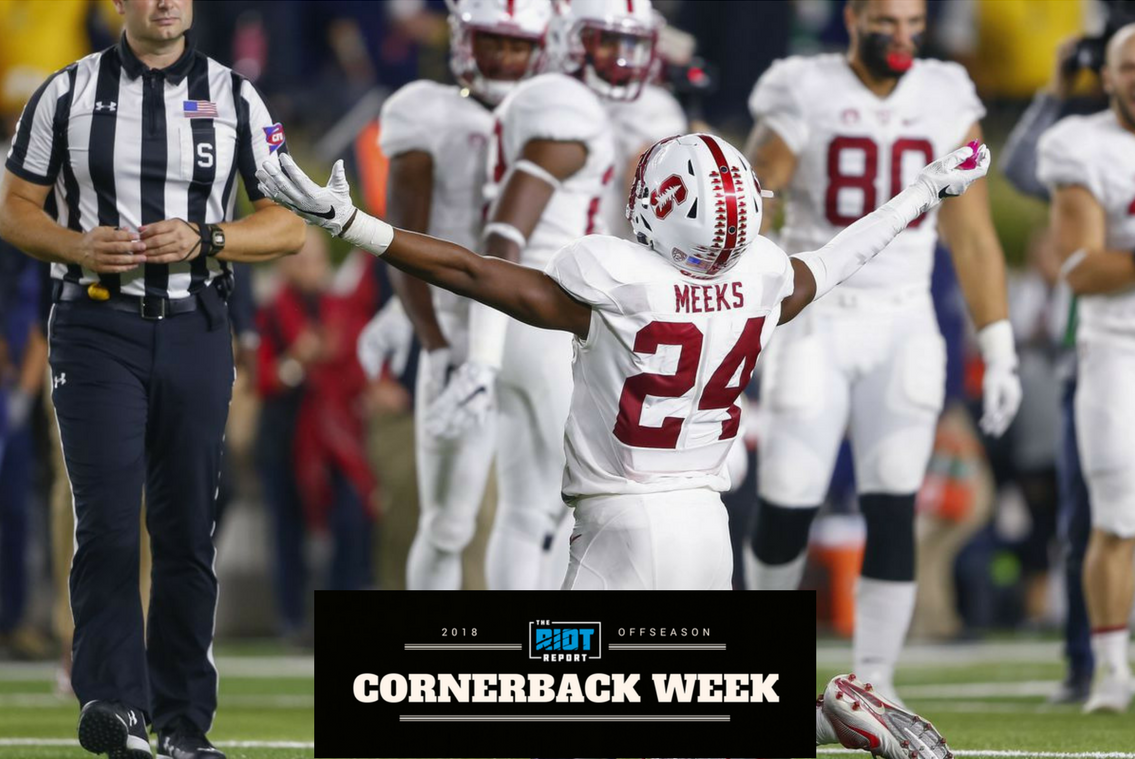