Snap counts, specifically during the preseason, can determine who the coaches are trying to get a look at, who they’re resting and provide insight into the coaches mindset in terms of both roster battles and depth chart positioning. There is a fine line between not playing much because your place is safe or determined and not playing because you’re an afterthought; with the “dress rehearsal” of the preseason coming next week that will see all of the starters get their most playing time, Week 2 was an important proving ground for those trying to make the roster.

With Cam Newton getting the night off, rookie Will Grier (34) got the most snaps and produced a 40.5 QB rating and 75 yards passing; Kyle Allen (19) got the start but saw the fewest snaps of any QB, but played the same number as Curtis Samuel and the rest of the starting offensive line – however, they didn’t produce much better with only 57 total yards on three drives.

Taylor Heinicke (22) had the best night of any QB in late action. DJ Moore (18) and Aldrick Robinson (18) got the same number of reps while rookie Terry Godwin (31), who is firmly on the bubble, led the wide receivers in playing time; no wide receiver had more than 30 yards receiving. The leading receiver for the Panthers was running back Reggie Bonnafon (26), but Jordan Scarlett (28), in his first action, saw the most time on the field with Elijah Holyfield (16) taking a backseat after a lot of work in Chicago last week. Cameron Artis-Payne (9) started but saw the fewest snaps of any running back – Bonnafon produced 47 total yards in 26 snaps with Scarlett racking up 49 in 28. 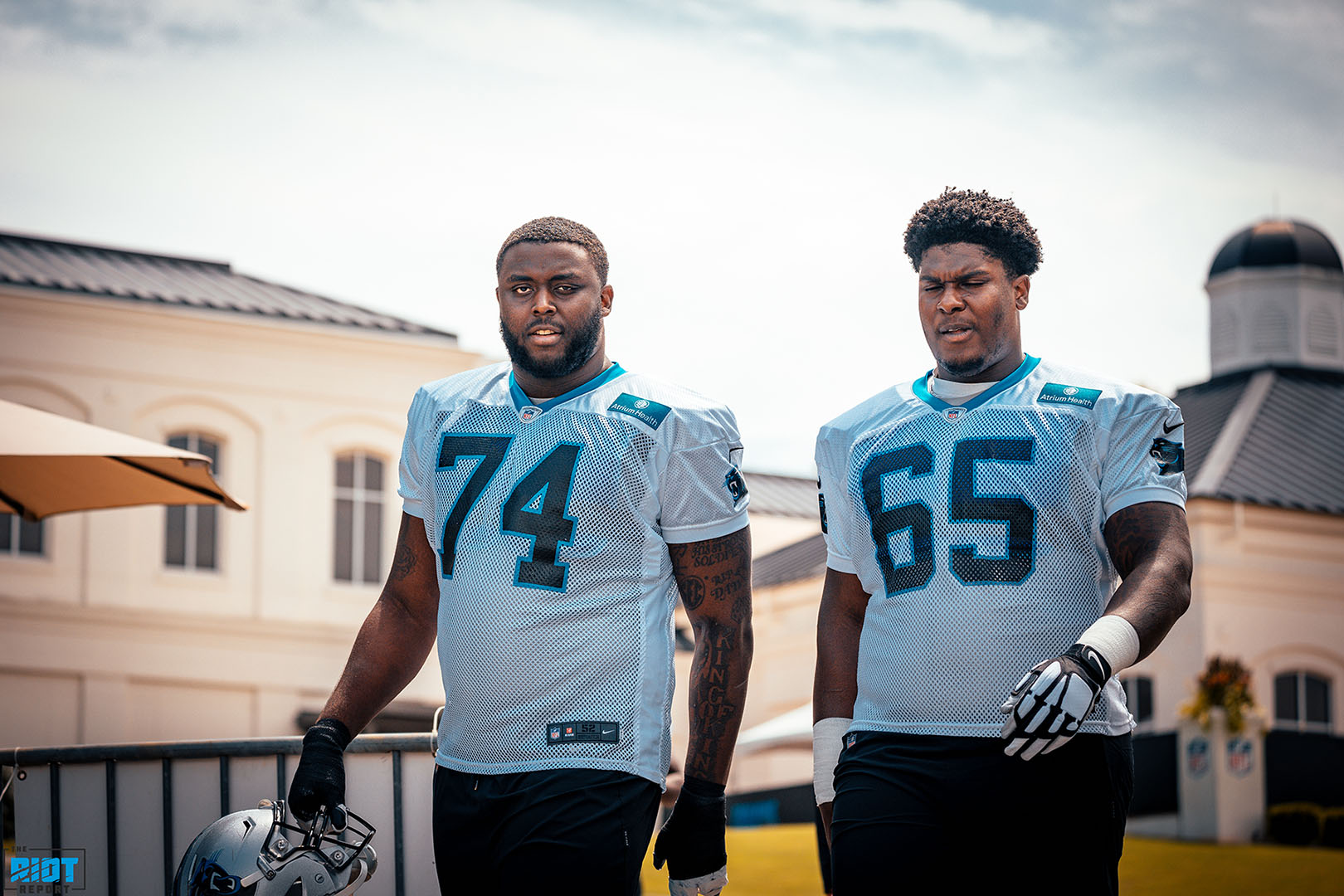 Dennis Daley (56) and Greg Little both led the team in snaps, playing next to each other for the entirety of their time on the left side of the line for the second week in a row.

Marquis Haynes (38) had another day with a lot of playing time, although this week wasn’t as productive as the rusher only had two tackles on the evening – Christian Miller (36) had a sack wiped out by a penalty and showed good speed off the edge. With Shaq Thompson and Luke Kuechly out, Andre Smith (36) and Jermaine Carter (25) got the start – the Bills offense picked on the linebackers a bit in the first half, but playing time is good for these young pieces of the defense who the Panthers hope will have a role in the future.

Brian Burns (15) got starter’s rotation numbers – the same as Bruce Irvin and Mario Addison. In the battle for nickel corner, Corn Elder (25) got the first reps and Javien Elliott (22) had most of the rest with Cole Luke (14) coming in for mop-up duty. Bryan Cox, Jr, (23) two days removed from being cited for marijuana possession and speeding, saw action as a rotational defensive tackle, while the starting three of McCoy (14) , Poe (6) and Short (14) played minimal snaps.

Vernon Butler, who played 14 snaps last week, had only 7 in Week 2 while Tre Boston, who started at free safety, only played 18 snaps as he gets his feet under him. Check out the rest of the snap counts in our sortable table below:

NOTE: NFL Stats had the following listed as taking one offensive snap: Marquis Haynes, Jordan Kunaszyk, Andre Smith, Damian Parms, Mike Palardy, JJ Jansen. We believe this to be an error that has been omitted from the above table.