Panthers Bring Back Another Familiar Face 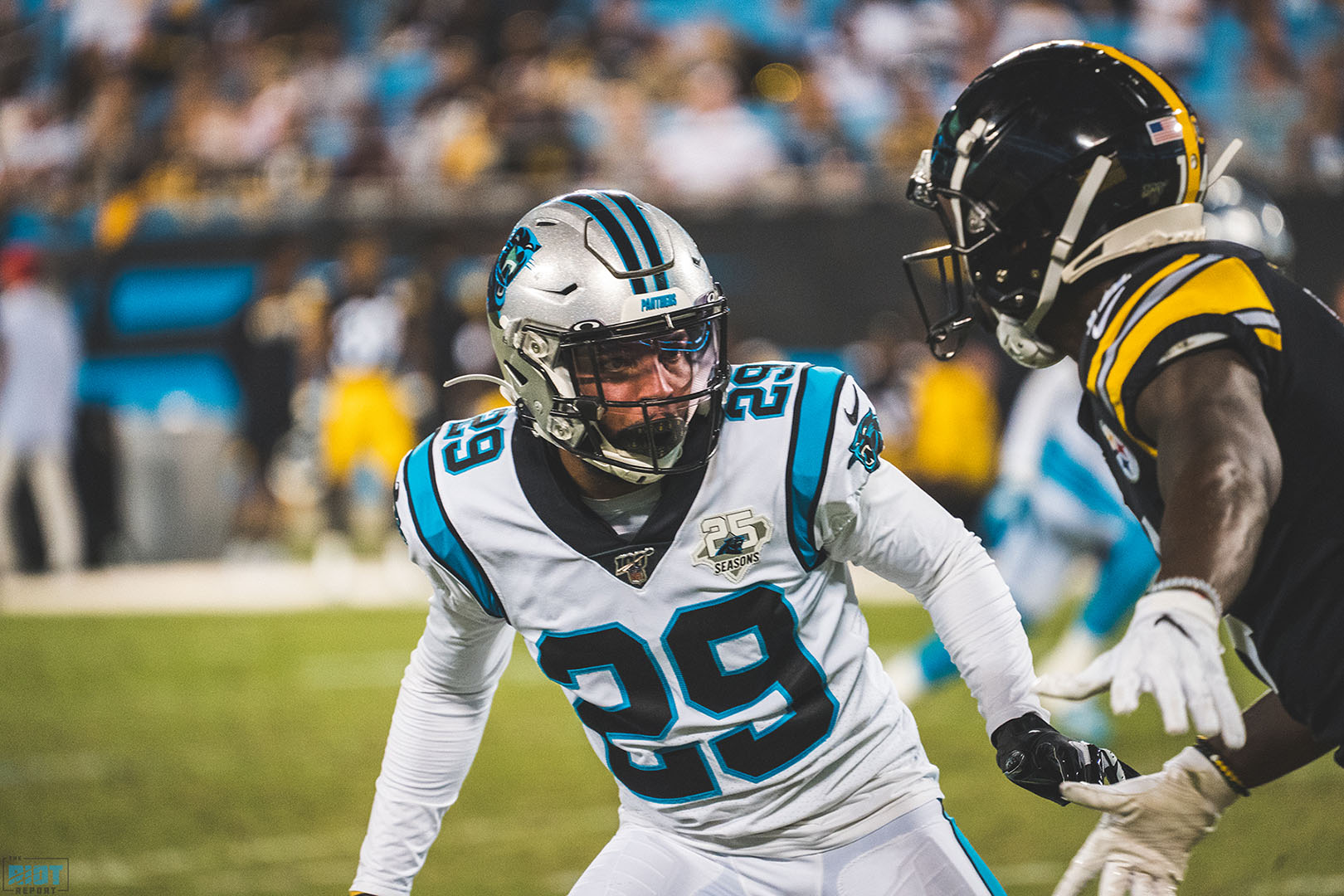 After James Bradberry missed the Panthers’ Week 10 matchup against the Packers with a lingering groin injury and both Ross Cockrell and Donte Jackson were forced to miss some snaps during the game, the Panthers have signed a familiar face to add depth to the secondary, a source confirmed to The Riot Report Monday afternoon.

Pending a physical, the Panthers will add 2017 fifth-round pick Corn Elder to the roster  – the cornerback from the University of Miami was previously on the Giants’ practice squad after being released by Carolina ahead of Week 1.

Elder, who saw limited snaps – mostly on special teams – in 13 games last season, battled for the nickel cornerback spot with Javien Elliott and Cole Luke in training camp – both Elliott and Luke saw action this past Sunday as the Panthers were forced to use multiple corners throughout the game due to injury; Luke was activated from the Panthers practice squad last week, likely when it became clear that Bradberry would not be able to go on Sunday.

Elder allowed completions on five of six attempts for 96 yards and a touchdown in coverage in 2018 for the Panthers, according to Pro Football Reference – the QB passer rating when targeting Elder was a perfect 158.3.

The 5-10, 185 pound cornerback will likely add depth, specifically on the inside, if the injury to either Cockrell or Jackson should linger. The Panthers face off against Matt Ryan, Julio Jones and their NFC South rival Falcons on Sunday.