Panthers Bring Back Efe Obada For 2020 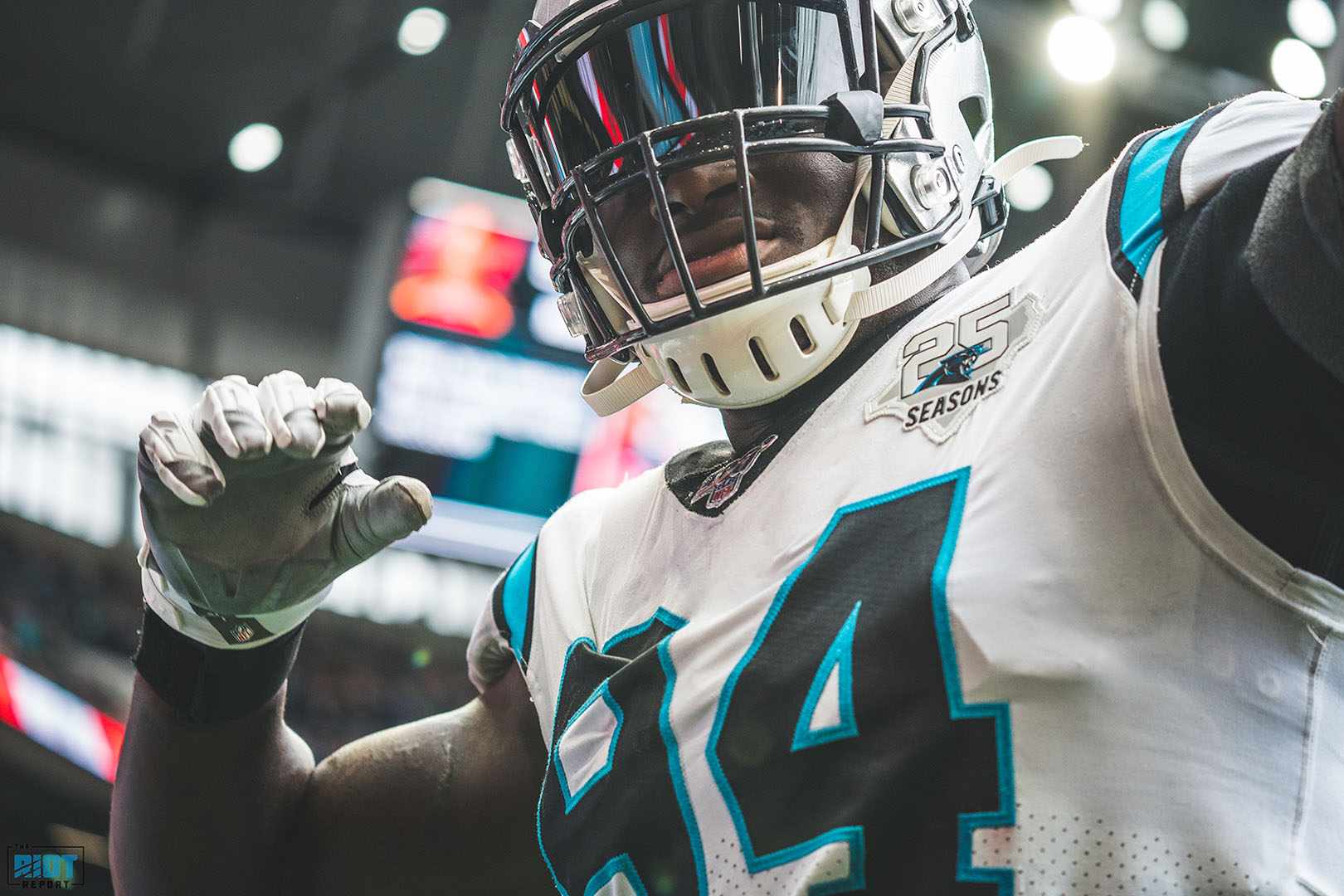 With a lot of question marks swirling this offseason, particularly on defense, the Panthers made one of their easier decisions Monday as they announced that they’d re-signed exclusive rights free agent Efe Obada to a one-year deal.

Obada, who in 2018 became the first player to make a 53-man roster from the International Pathway Program, played 28% of the defensive snaps last season alternating multiple positions across the defensive line, showing that he could play in both a three- or four-man front throughout the season after putting on 10-15 pounds during last offseason to make the move inside.

Obada recorded a career-high 24 tackles, including at least one in 14 of the 16 contests, in 2019 after beginning his career with two sacks, an interception and eight tackles his first season in the league. Obada also has 16 quarterback pressures in his two seasons but clearly was better suited as a 4-3 EDGE rusher rather than a 3-4 DE.

“Individually there was some frustration,” Obada told Max Henson. “I felt I improved as a player and the game is definitely slowing down to me. My instincts are getting better. But it was a sack-less season and there was frustration in that. Just have to keep working at it. It’s just testament to the guys who consistently go out there and get sacks. It’s a very hard thing to do, that’s why it’s a well-paid role. You get heavily rewarded for that.”

Obada certainly took more snaps after Ron Rivera was relieved of the head coach position and interim head coach Perry Fewell took over and took the defense back to more of their traditional 4-3 for the final month of the season. How much of an impact Obada will have in 2020 will certainly be affected by the preferred scheme of the incoming defensive coordinator, but he’ll be able to compete for a spot this summer at Panthers training camp.

“It’s still an uphill battle,” Obada continued to Henson after signing. “I don’t think I’ve established myself, and with all the changes in the organization, there are going to be fresh eyes in the coaching department with a new system and new philosophies. It’s going to be like a rookie year for me, kind of a ‘prove it’ year. At the same time, it’s also an opportunity.

It’s about my work ethic and just improving.”