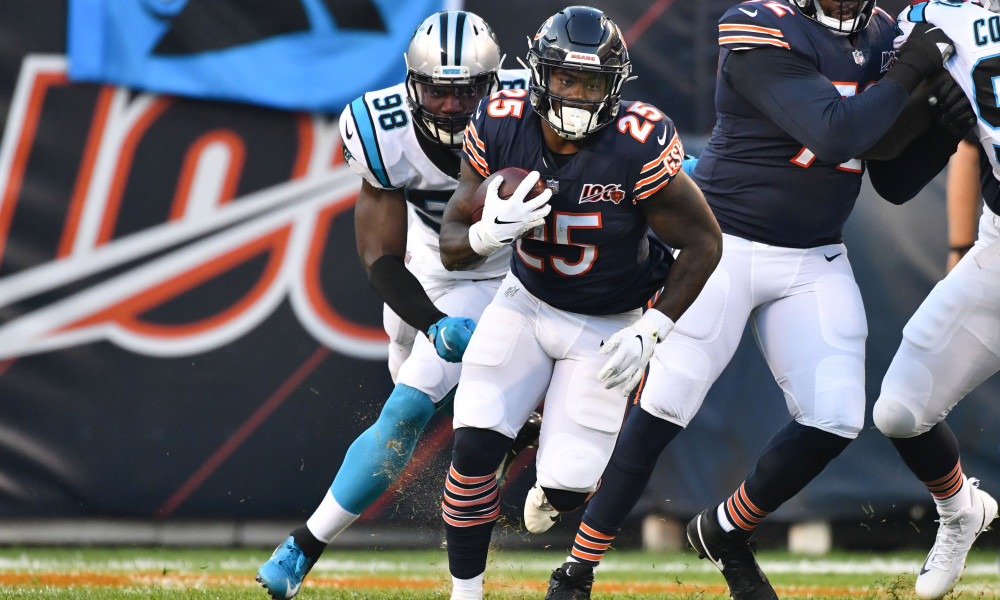 On Monday, a day after the team’s 24-16 loss to the Packers, the Panthers claimed running back Mike Davis off waivers, the team announced Monday.

In a corresponding move to create an open roster spot, the Panthers have waived rookie returner Greg Dortch, who appeared in just one game for the club.

Davis was released by the Bears on Saturday, just eight months after signing a two-year, six million dollar contract with the team. During his time with the Bears, Davis was used sparingly, playing in only seven games as he rushed for 25 yards on 11 carries. He also caught seven passes for 22 yards during the same span.

After the move was announced, Davis appeared to be pleased about being a Panther.

The Panthers have relied a lot on Christian McCaffrey this season, so Davis may not get a lot of work in Carolina, especially with both Jordan Scarlett and Reggie Bonnafon on the roster. Through nine games, McCaffrey (185) has the third-most carries in the NFL and has rushed for 989 yards and 11 touchdowns; McCaffrey has also caught 48 passes for 396 yards and three touchdowns.

As they push for a spot in the playoffs, Carolina will need to keep McCaffrey fresh, especially with second-year quarterback Kyle Allen under center – it’s unclear whether they’ll use Davis in this regard or if he’ll just be available for depth should an injury occur.

Having a veteran like Davis, who has experience in the league, should be a benefit for the team. McCaffrey’s carries likely won’t change, but Davis provides the team with the flexibility to rest McCaffrey during certain situations and the experience to help in continuing to mold younger players like Scarlett and Bonnafon.

Antwan Staley has written for publications such as USA TODAY, Bleacher Report, the Miami Herald and the Palm Beach Post. Follow him on Twitter @antwanstaley.
Related:   Panthers Need Players To Continue To Step Up And Be Community Leaders