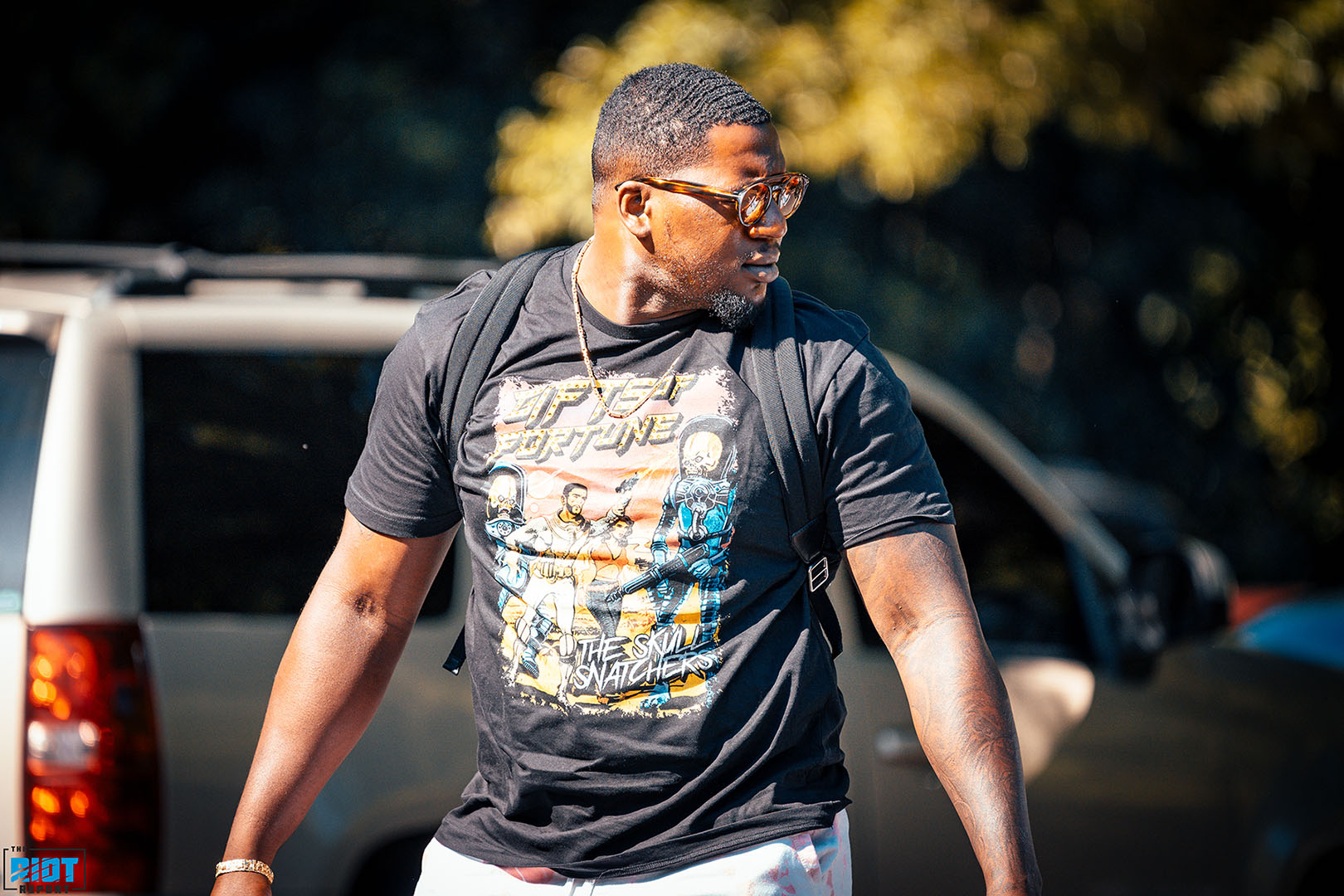 North Carolina State Troopers stopped Panthers DE Bryan Cox Jr. near Kings Mountain, NC Wednesday for speeding and the 25-year old was also cited for possession of marijuana and possession of paraphernalia, according to Blaine Tolison of WSOC in Charlotte.

Cox was allegedly driving 90mph in a 65mph zone.

Cox, who joined the Panthers as an undrafted free agent in 2017, left Spartanburg today with the rest of the team as the Panthers finished up their annual training camp on the campus of Wofford College – practice ended just after 11a and most of the players departed shortly thereafter. I-85, where the citation was issued, is the main thoroughfare between Charlotte and Spartanburg.

The defensive end played in 11 games for Carolina in 2018, finishing with 10 tackles after appearing in seven games as a rookie and recording five tackles, six quarterback pressures and one fumble recovery in 2017. Cox was believed by many to be competing for one of the final roster spots in Carolina after being tendered a one-year $645,000 contract as an exclusive rights free agent this offseason.

“The club is aware that Bryan Cox Jr. was cited by law enforcement today. We are in the process of gathering information and have been in contact with the NFL and Bryan. We will have no further comment at this time.”

The Panthers play the Buffalo Bills at Bank of America Stadium at 7p on Friday night.

Managing Editor at The Riot Report
Josh Klein is Managing Editor of The Riot Report. His favorite Panther of all time is Chad Cota and he once AIM chatted with Kevin Greene. Follow Josh on Twitter @joshkleinrules.
Related:   Panthers Hoping Joe Brady Can Be The Extra 1% In a Copycat League