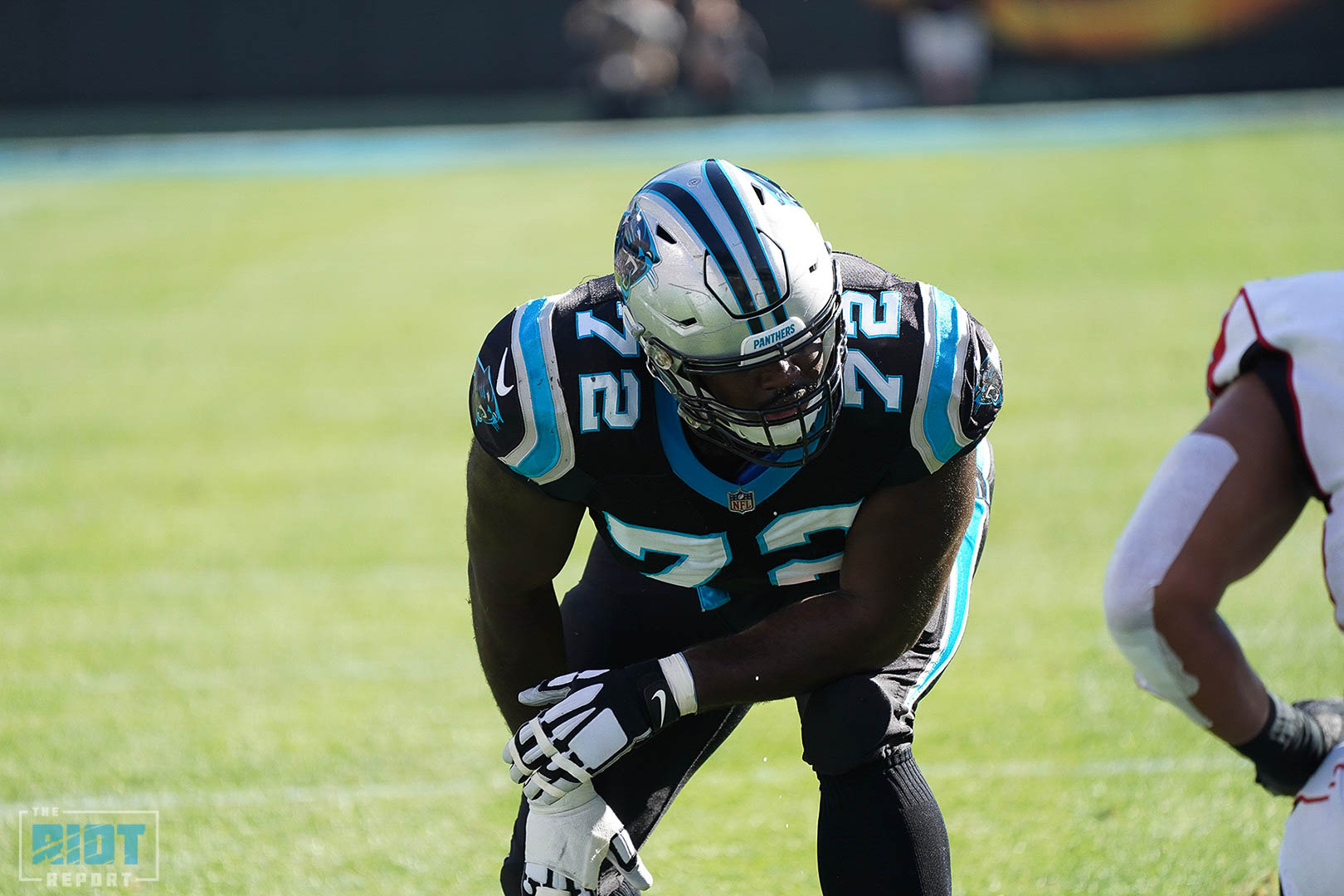 On a day when nothing went right for the Panthers, the snap counts were fairly innocuous

After Taylor Moton (70) gave up a sack early in the game, he was replaced for a single series by Daryl Williams (5) at right tackle in the Panthers 29-3 loss Sunday; the rest of the offensive line, Greg Little (75) included, played 100% of the snaps as Little returned from the concussion protocol. Christian McCaffrey (70) played deep into the fourth quarter as he became the first player in NFL history with at least 1,000 rushing yards and 500 receiving yards in his team’s first 10 games of a season – with the Panthers facing an insurmountable lead, he gave way to Reggie Bonnafon (7) for the final five offensive snaps of the game. Bonnafon saw a couple of snaps earlier in the game but his first quarter target resulted in a drop; fifth-round pick Jordan Scarlett played 13 special teams snaps but did not see the field on offense.

Playing from behind for most of the game, the Panthers relied on a three wide receiver set, with DJ Moore (74), Curtis Samuel (72) and Jarius Wright (59) seeing much of the snaps; Donte Moncrief (3) and DeAndrew White (1) saw limited action – with the lack of running plays, Chris Manhertz (9) and Alex Armah (8) did not get many reps.

With Ross Cockrell out with a quad injury, James Bradberry (65) and Donte Jackson (65) each played 100% of the snaps – nickel cornerback Javien Elliott (31) was the other corner who contributed, with Colin Jones (3) also receiving limited snaps at inside cornerback. On the defensive line, Mario Addison (52) led the group in playtime percentage and contributed a sack, three tackles and a forced fumble; Gerald McCoy (46) and Dontari Poe (45) also had a sack each. Rookie edge rusher Brian Burns continued to get limited reps with 16 snaps as he continues to battle a wrist/hand injury suffered earlier this season, he took one fewer rep than Wes Horton (17), who can play both DT and DE if necessary.