Panthers Fan, Dealt A Tragedy, Turns to Her Panthers Family For Somebody To Lean On 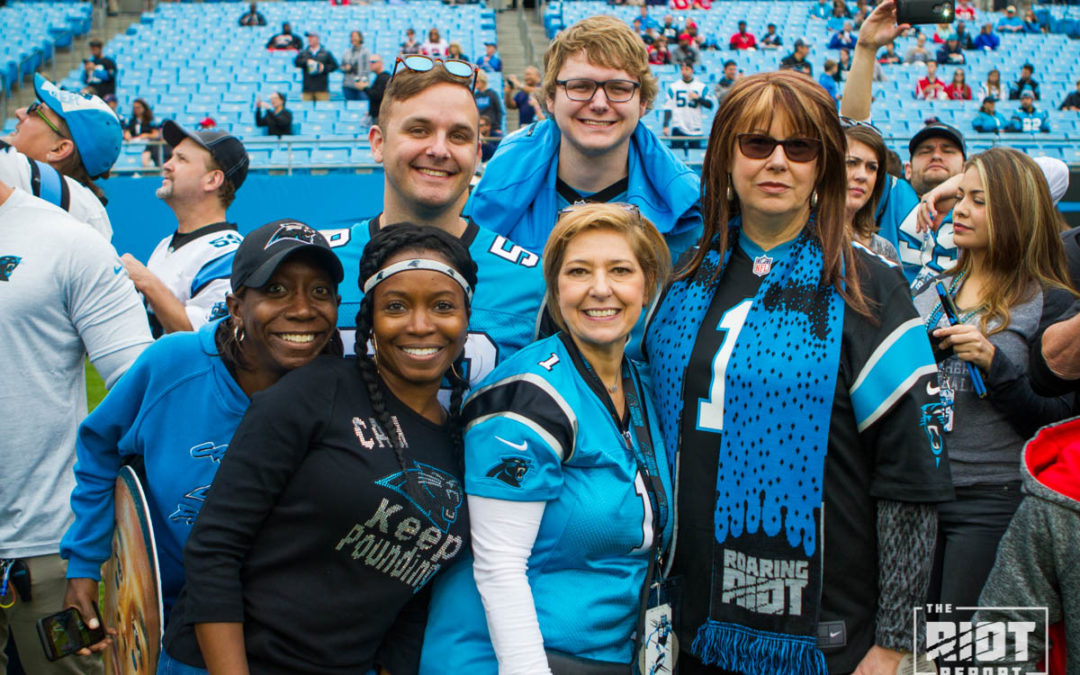 Lynn Leonhardt wasn’t always a Carolina Panthers fan. The self-described “California Gal” started out as a Los Angeles Rams fan, but when the team left for more Midwestern pastures after the 1994 season, Leonhardt was a football fan without a team. Her husband was a Cowboys fan, her daughter a 49ers fan, and her son a Dolphins fan, but those choices didn’t appeal to her.

“I was very unhappy not having a team to get behind,” Leonhardt said. “I was disgusted with the Cowboys and not happy with the other choices in the family, I said that those aren’t going to work. My son sat down with me and said ‘Mom, you’ve been watching college football for a while and you really like what Cam Newton is doing, he just got drafted by the Panthers, you should take a look at that team, do a little bit of research and see if that’s something you would like to do. And I did, I looked into what the team was and who was on the roster and what the community was about.”

“I was impressed and I thought that it’s one thing to be behind a football team but it’s another thing to have your heart be full-on in supporting the team.”

She followed Newton to the Panthers, and as she is a voluminous tweeter, was introduced to some fellow Panthers fans via Twitter and the group that began with interactions on social media quickly turned into more as the Panthers fans turned their mutual love of the team into true friendship, even though many of them had never met. “It became not only talking about football,” Leonhardt said with a huge smile. “But we became friends knowing each other and knowing what was happening in each other’s lives; caring for each other whether we had met the person or not.”

They were christened ‘The Girl Gang’, although you may not recognize that group title without the inevitable hashtag that usually precedes it on Twitter or Facebook.

So glad @Panthers got the win to make this special #girlgang / homecoming weekend that much more special.

“Today, we still have people coming up to us saying, ‘How can we join the Girl Gang? What is it? We want to be a part of it.’ We tell everyone the same thing, it’s just a group of friends who’ve joined through getting to know each other through tweets and supporting our Panthers.”

Leonhardt would be dealt a life-changing tragedy when in late March of this year, Lynn’s husband Kirk passed away suddenly from a previously unknown heart condition; Leonhardt wasn’t necessarily looking for help, but she found it when her Panthers family discovered what had happened to her.

“I turned to the people who I loved the most and that was the people who I’d developed here through Panthers and Twitter and Girl Gang and the Roaring Riot group. They were there for me, talked to me, checked on me, supported me; the nurses in the group were there giving me information and consultation that I needed to understand what had happened.”

The Roaring Riot, along with some members of the ‘Girl Gang’ and other friends asked Leonhardt if she would be interested in attending her first Panthers game at Bank of America Stadium, and when she said that she would, they sprang into action. When given the option of what game to attend with all expenses paid for, the choice was plain.

“Of course there’s a specific game I wanted to see. I want to see the Falcons get their tail feathers pulled.”

The Californian, who had been on a tour of Bank of America Stadium on her previous trip to Charlotte for Panthers training camp, was invited on a smaller tour this trip, but the Panthers had collaborated with the Roaring Riot to provide Lynn with a special, once-in-a-lifetime experience.

“We had heard she was an unbelievable fan and unfortunately, she’s had to deal with some tough circumstances and so, we just thought it would be great to do something for her and that came to be mind. We had a blast doing it, and to see her reaction was pretty inspiring.”

“It was a complete surprise when, during the tour, a cameraman from the media department starts following us around saying something to the effect of ‘I’m just here because we’re taping a lot of the tour groups and we’re doing a video promoting the tours.’ Sounded a little fishy, but fine. Then at the end, Eric, who was our tour guide, says ‘ You guys have been such a great group, there’s one more thing I want to show you. Not everyone gets to see this, but OK.’ At this point, I’m kind of ignoring the fact that they’ve all dropped back and there’s no one right behind me and it’s leaving me to be the first one through the door. ”

We heard one of our fans could use her spirits lifted…

“I walk through this small corridor and just as I turn the corner, there sits Christian McCaffrey and Jonathan Stewart starting to play at the keyboards for me, and I’m seeing a mass of people filming and obviously waiting for my reaction. And then Fozzy comes out and starts singing and I’m being serenaded, “Lean On Me” and all I could do was blubber and cry. The thing that struck me was ‘How lucky am I?’ Through all the horrible anguish, to have friends this amazing, through football, come together and surround me with love and support. It was humbling and just an amazing experience.”