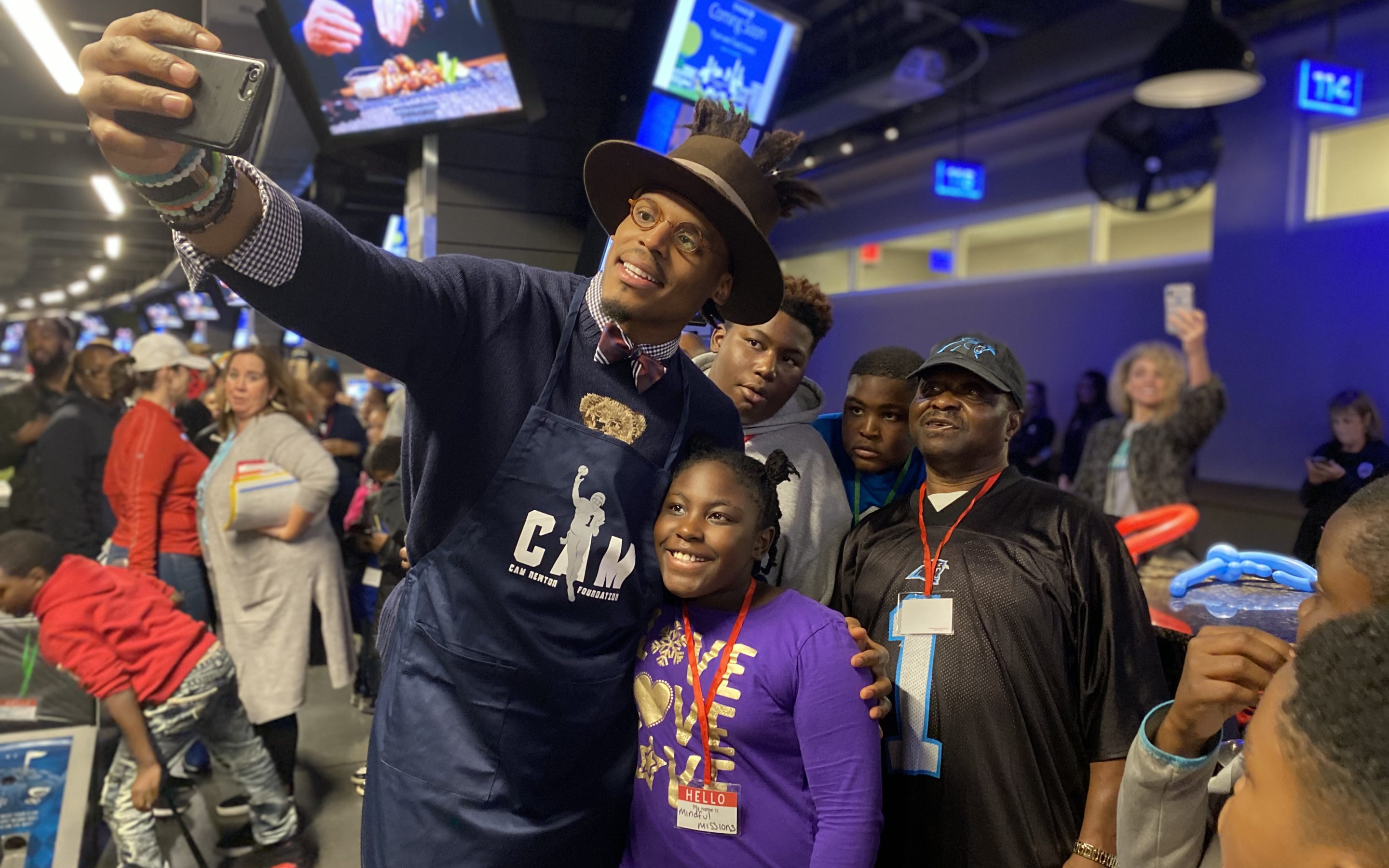 Keep Pounding isn’t just a motto, it’s a way of life – and that’s exactly what Panthers fans did on Twitter as they helped Walter Payton NFL Man of the Year Nominee and Panthers quarterback Cam Newton win Nationwide’s Charity Challenge by using the #WPMOYChallenge hashtag along with their QBs last name over 600,000 times over the past month and securing a $25,000 contribution from Nationwide to benefit The Cam Newton Foundation.

Because of the support of Panthers fans across the world, Cam’s foundation will get extra funds to continue their mission of addressing the socioeconomic, educational, physical and emotional needs of kids everywhere, courtesy of Nationwide, the insurance company announced Monday.

“I appreciate the fans for showing support in helping me win Nationwide’s Charity Challenge. I’m using this platform to enhance programs and grants that will greatly impact the community,” said Newton in a release. “To be nominated for the Walter Payton NFL Man of the Year Award is something that I really appreciate – because it’s bigger than football. God has blessed me and all I’m trying to do is bless others.”

During the promotion, fans used the 32 different team nominees’ hashtags more than 1.8 million times, but Newton’s count of over 600,000 more than doubled that of Washington long snapper Nick Sundberg, who finished in second place.

The 2019 NFL season marks the sixth year of Nationwide’s sponsorship of the Walter Payton NFL Man of the Year Award – Panthers linebacker Thomas Davis was awarded the Man of the Year Award in 2014; Newton is a first-time nominee for the award, which will be announced during ‘NFL Honors’ on Saturday, February 1st at 8p ET on FOX.

While Newton has won the Charity Challenge, be sure to tune in on the night before the Super Bowl to see if if his efforts this year, which included donating over $130,000 to various organizations around the city as part of his ‘Santa Cam’s Surprise Sleigh’ event and providing Thanksgiving meals for over 1,800 underprivileged families for his annual ‘Thanksgiving Jam’ as he continues to live up to his foundation’s mantra of EVERY1 PLAYS, EVERY1 GIVES and EVERY1 LEARNS, were enough to win 2020’s award.

Together, those three tenets make up the foundation’s guiding principle and Newton’s personal belief of EVERY1 MATTERS. They certainly mattered this month as Newton’s supporters lifted him to victory, even as his impact on the field in 2019 was hampered by injuries and limited him to only two starts.

The Cam Newton Foundation has provided over $5 million in grant funding, year-round programming resources and donations to schools and non-profit agencies in Atlanta and Charlotte since it’s inception in 2012.