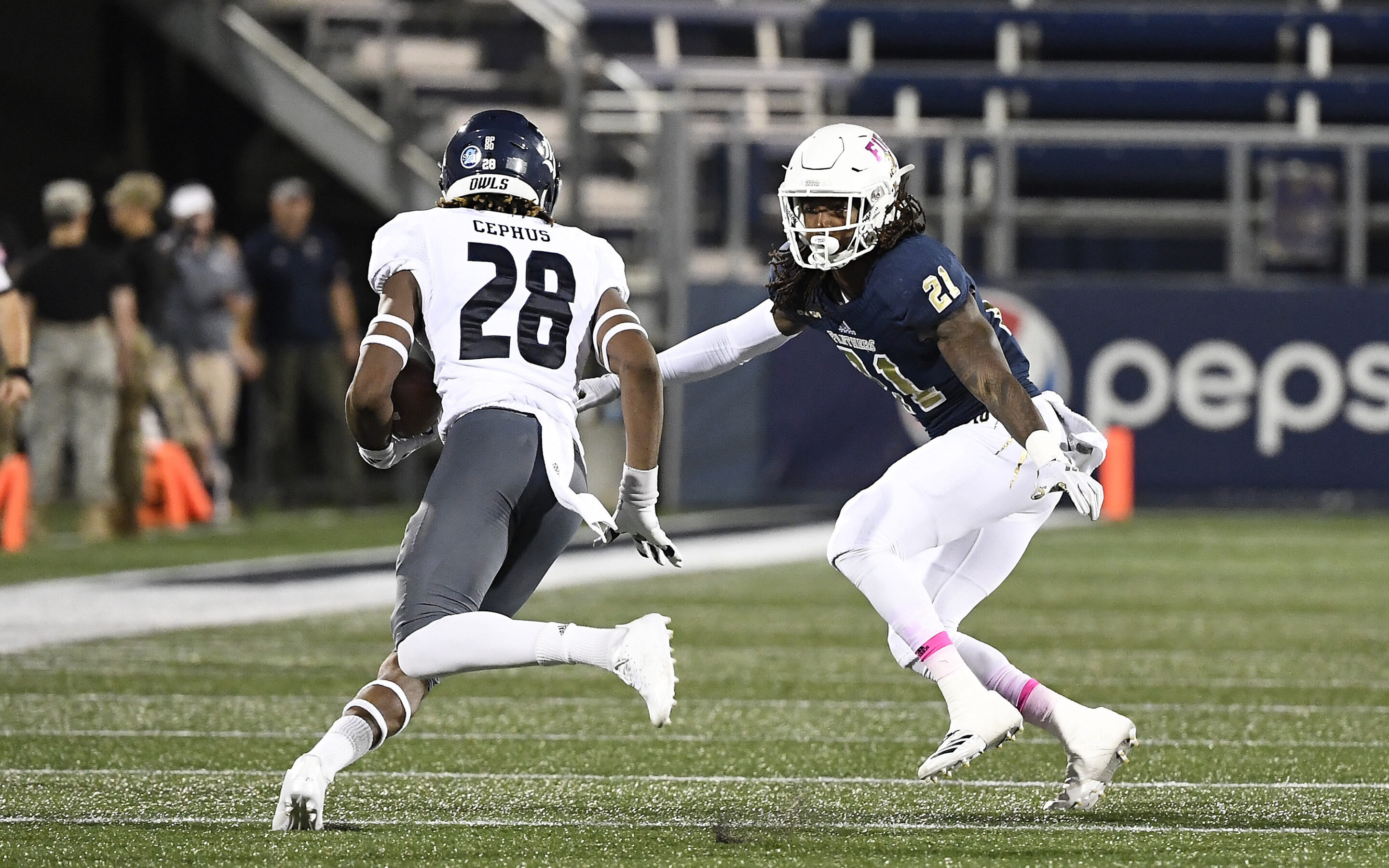 With the 221st selection in the 2020 NFL Draft, the Panthers finished what they started, drafting a seventh defensive player – cornerback Stan Thomas-Oliver from Florida International University – completing a clean sweep of the draft with every pick being used to bolster their defense after multiple starters left in free agency and the team entered the draft with a lot of holes in not only their starting lineup, but their depth chart.

Thomas-Oliver will help with that second part, at least in the secondary.

The 6-2, 184 pound converted wide receiver from Punta Gorda, FL spent the last two seasons as a cornerback and had 65 tackles, two sacks and two interceptions in 26 games, starting the final 24 of his career – last season, he was a second-team All-Conference USA honoree after recording eight passes defensed, an interception, two sacks, and four tackles for loss. He was a 2018 All-Conference USA Honorable Mention in his first season as a cornerback.

He only transitioned to corner after playfully shadowing his fellow wide receivers and talking trash during practice, not realizing that his coaches were watching him the whole time – but they were, and sure enough, the next season, Thomas-Oliver was no longer on offense, but on defense – and two years removed from that practice session, he’ll be in the NFL as a cornerback.

Even though his former fellow wide receivers have been jokingly give him gruff during practice for the past two seasons as he excelled on the defensive side of the ball.

“With those guys, whenever I would make a play or caught a pick, they’d be like, ‘Oh, you know the plays, you’re cheating,'” laughed Thomas-Oliver during a Zoom teleconference after being selected.

“Growing up, he’s just always been there for me,” said Thomas-Oliver. “He put the football in my hand, brought me in the backyard doing drills and pretty much put me in that receiver lane – and then, as I switched over, he was there [to help with] that process.”

Thomas-Oliver was invited to the Combine – where he ran a 4.48 40-yard dash and broad jumped 127 inches – as well as the East-West Shrine Bowl and the Tropical Bowl to play against some of the best prospects in the country. While he’s still learning how to play cornerback, he has raw ability and has enough talent and physical traits that he should be able to at least compete for a roster spot in the multiple secondary schemes of Panthers defensive coordinator Phil Snow.

And he knows just what a late-round pick has to do to make an impact on a new team.