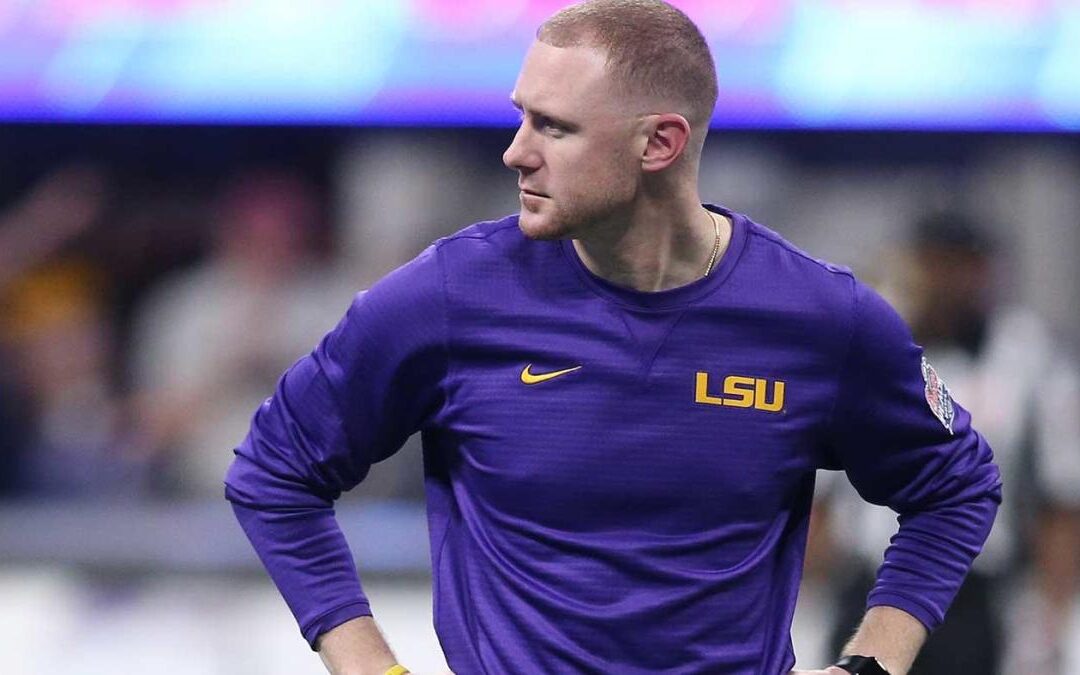 Matt Rhule said at his opening press conference he couldn’t wait to stop talking to the media and get to work – it didn’t take him long to bring in one of the hottest minds in college football to help lead the Panthers into the Rhule Era.

Only days removed from helping lead Joe Burrow and the LSU Tigers to the National Championship Monday night, former LSU passing game coordinator and wide receivers coach Joe Brady has agreed to become the Panthers offensive coordinator; by signing his name on the dotted line in Carolina, he’ll be the youngest offensive coordinator in the NFL.

And he’ll be bringing with him an outlook that will look to take advantage of key pieces on the roster.

Last season, under Brady’s tutelage, LSU finished the season with college football’s top-ranked offense, averaging 568.5 yards per game and 48.4 points per game. Quarterback Joe Burrow, who entered the season as a fringe draft prospect and is already considered a lock as the first overall pick in April, set new FBS single-season records with 60 passing touchdowns, a passer rating of 202 and 65 total touchdowns in 2019. Brady’s offense manufactured a Heisman Trophy for Burrow, a Biletnikoff Award for receiver Ja’Marr Chase and the highest-scoring offense in college football history, all while facing five of the top 10 defenses in the country.

“The most important thing that we do from a system standpoint is we find out what our players do well so we can put them in position to have success,” Brady told Max Henson. “I don’t believe that a system is, this is what we do regardless of who we have. Now, it’s critical that we find a vision for each and every player. The offense that we’re looking to have is one that applies pressure. I don’t believe defenses are the only ones that apply pressure. We can do that in multiple ways, whether that’s formations, whether that’s personnel groupings or tempo. It’s our job to exploit mismatches and move guys around to get them the matchups that we want.

“Applying pressure, getting your speed in space, making defenses defend every blade of grass and just let your players do what they do best.”

Brady was in constant communication with Burrow in between series and shared playcalling duties with Steve Ensminger, who said the “sky’s the limit” for Brady in his coaching career.

Although who will be under center in 2020 remains unclear after Cam Newton’s December Lisfranc surgery and the reports of his availability via trade that surface anytime his name is mentioned by national reporters have cropped back up again – Newton has one year left on his deal and is set to make $21.1m in 2020. It’s unlikely that Rhule and Brady would have joined the professional ranks without a clear plan of what will happen with Newton – but whatever the plan, the next step in that process is Newton being healthy again, whether it’s to pass a physical to complete a trade or to prepare for the 2020 season in Carolina.

Either way, the Brady offense will utilize the quarterback as a weapon in all facets of the game.

“I know from a personnel standpoint that we have a lot of skill and speed, and I’d love to get them in space. We have to have five guys – and potentially six with the quarterback – that defenses will have to worry about on any given snap.” 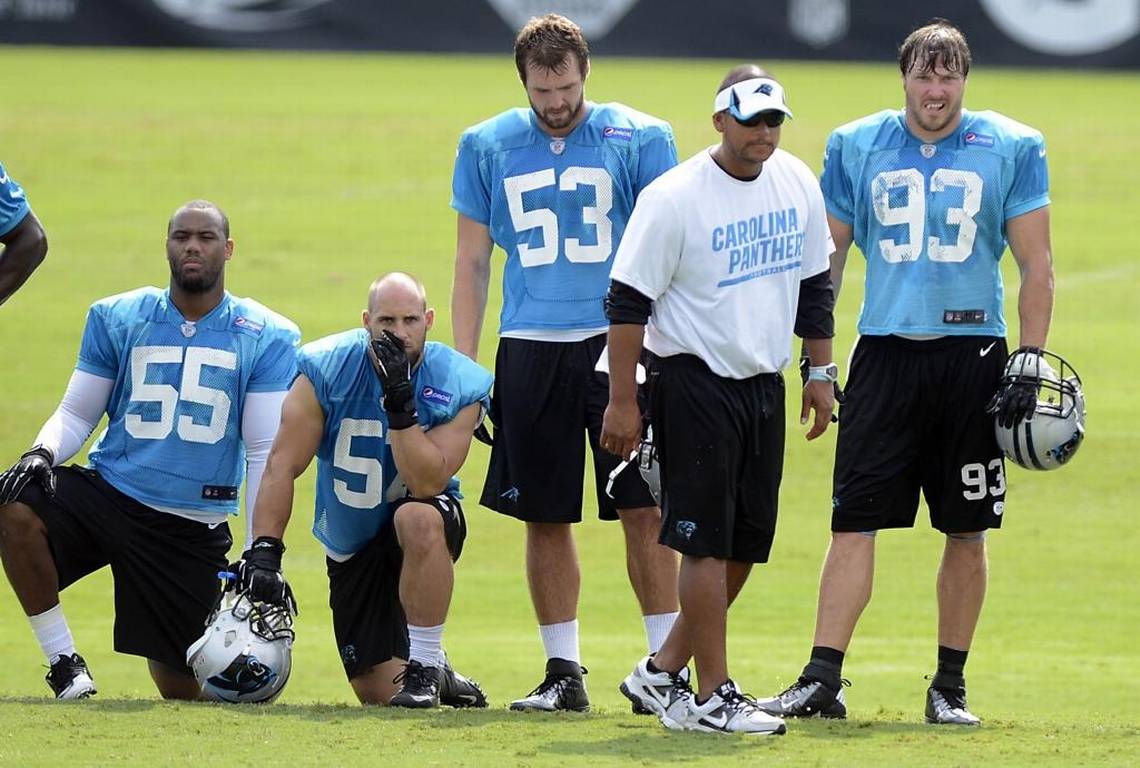 In addition to previous reports of defensive coordinator Phil Snow, linebackers coach Mike Siravo and defensive line coach Mike Phair joining the Panthers coaching staff, multiple sources Thursday reported that former Panthers linebacker coach Al Holcomb will be back with the team as defensive run game coordinator – rush defense is something the Panthers desperately need to improve after finishing last in the league in both rushing touchdowns (32) and yards per carry (5.2) allowed.

During his time in Carolina, the Panthers finished in the top ten in terms of overall yards allowed in four of Holcomb’s five seasons – he also helped lead a group that included Thomas Davis and Luke Kuechly, two players who certainly make every coach’s job easier.