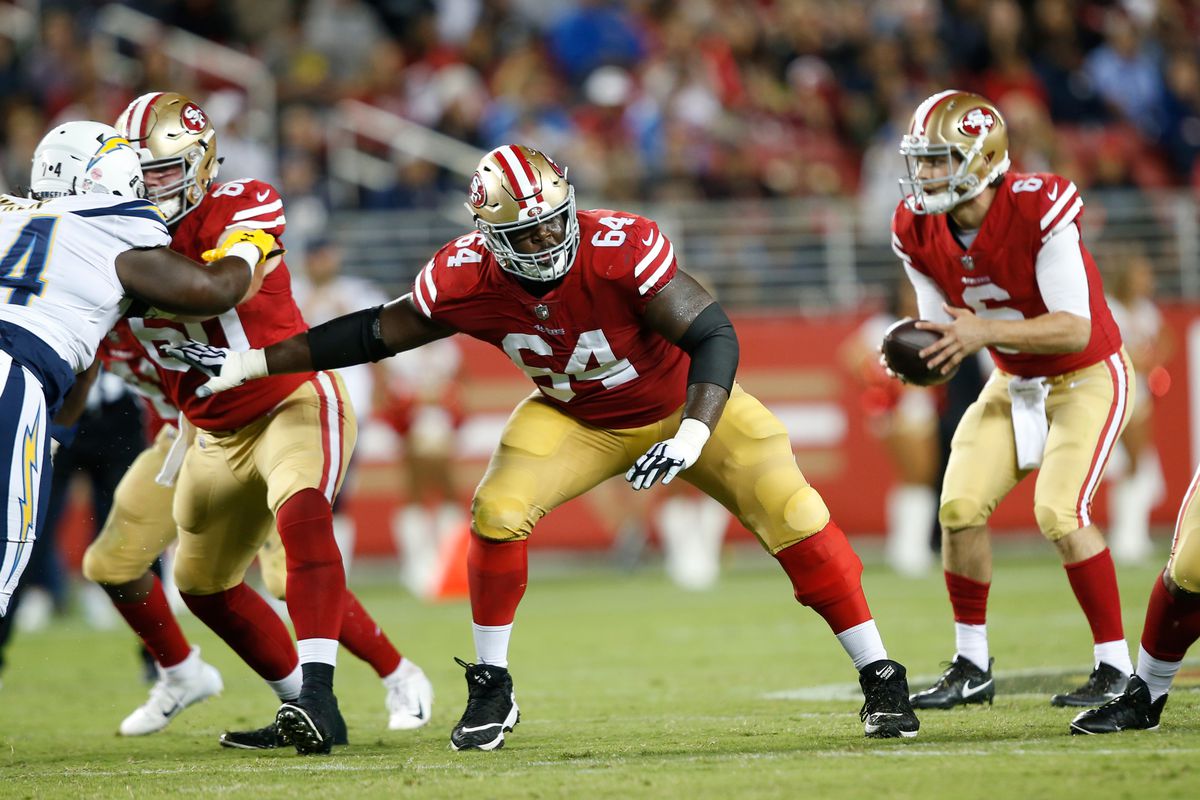 With the news of the Coronavirus spreading around the country causing disruptions in the schedules of most major sports, the NFL is reportedly set to open their league year on schedule next week, with the legal tampering period set to begin on Monday – with many on the Panthers roster about to test free agency, the team will need to refill their roster.

The Panthers are rebuilding – and while there is a limit to how many compensatory picks they can get in any one year, they likely aren’t going to be big players for the top tier free agents with the hopes that the players leaving like James Bradberry, Bruce Irvin, Gerald McCoy and even Greg Van Roten might fetch comp picks in the 2021 draft.

With that said, they can’t let everybody walk and not bring anybody back in return, and while they are going to likely be looking to do most of their building in the draft, they’ll need to fill the roster to the point where they aren’t rolling out UDFAs at half the positions to start the season. So then, who are some low-cost free agents the Panthers could add in order to set them up for the draft, and who might have some long-term upside?

Let’s start with the offense. 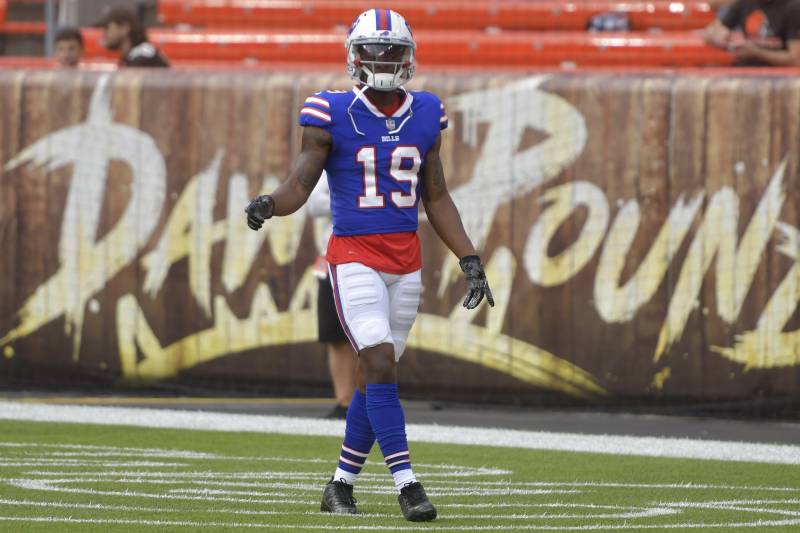 While the Panthers have a really good pair of young receivers, and they can be expected to draft at least one receiver in the upcoming draft, they are expected to run a lot of three, four and even five wide receiver sets under Joe Brady and that means they will need to enter the draft with enough quality depth at receiver to allow this offense to function even if they don’t come out of the draft with multiple high receiver picks. While Coleman was horrendously over-drafted by the Browns, he is still young enough to turn things around to some extent and coming off a season-ending injury a year ago, he is unlikely to attract a ton of interest.

The appeal for Coleman for the Panthers is three-stranded.

First, he looks to offer low-cost receiver depth with enough ability to be a more than adequate fourth or fifth receiver. The second appeal is that, having struggled significantly to find a return option over the past few years, Coleman has shown that he can be a competent and reliable return option and could allow the Panthers to be at least decent in this regard going forward. The final, and most significant, appeal of Coleman is that he is still young enough – he will turn 26 in July – and has enough upside that if he is able to turn things around in Carolina, then he could offer some value as a tradeable asset or, if nothing else, potentially recoup them a comp pick down the line. The Panthers don’t need to be great in the short term, but one freeing aspect of this is that they can take chances of players with upside who haven’t worked out over their rookie contracts and Coleman is one such guy. 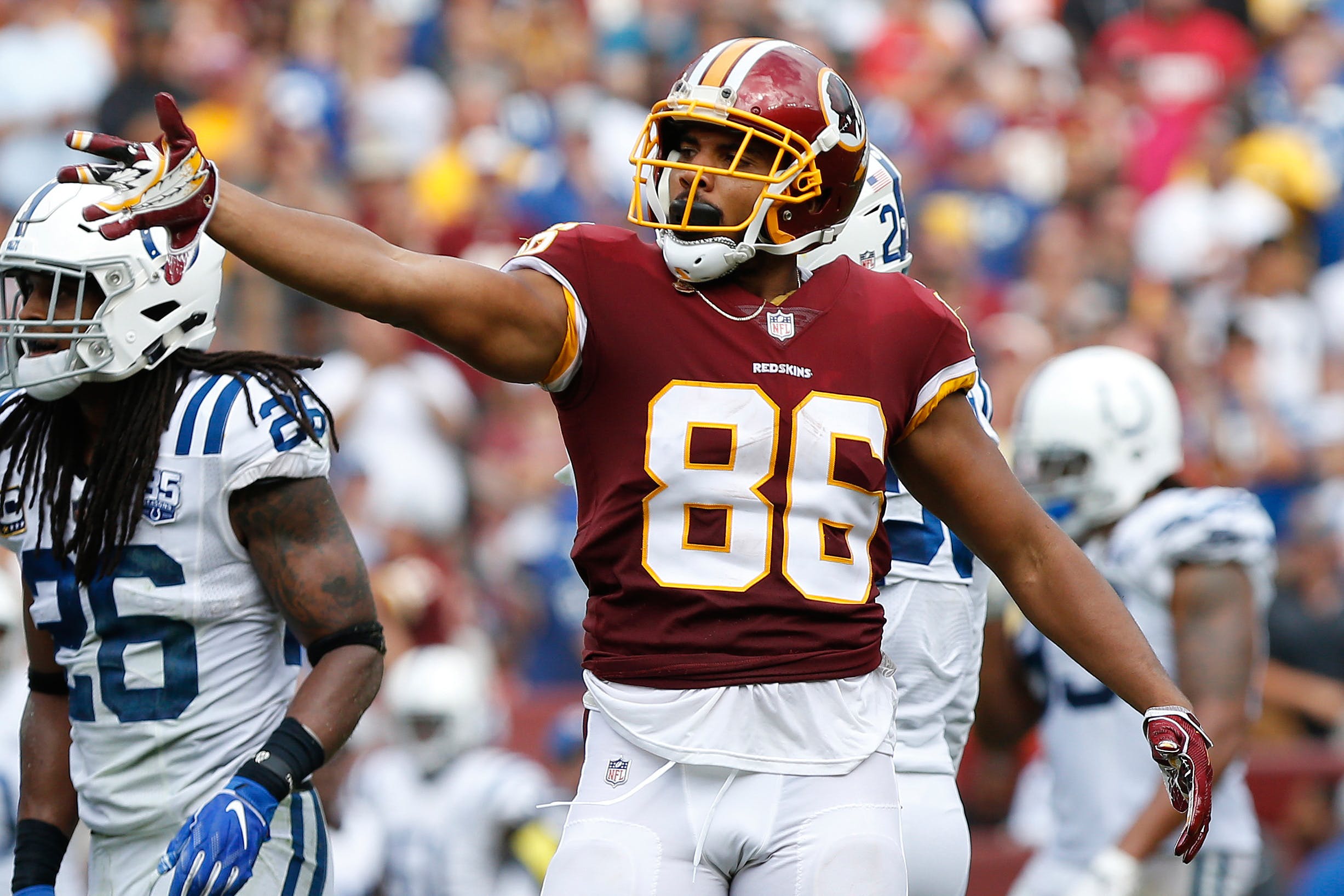 While Ian Thomas can be expected to take on the majority of the work load at tight end – and adding a tight end in the draft cannot be dismissed as an idea – the Panthers could also do with adding another veteran player who can take some of the load off Thomas and give the Panthers’ some much-needed depth at the position.

While Jordan Reed is another player whose career has been derailed by injury, when he has been healthy he has been a valuable contributor, especially in the passing game, and so if the Panthers are able to limit the impact on his body by using him more as a rotation piece than an every down guy, he could be a useful piece to help them bring Thomas, and any other young tight ends they might have, along at a healthy pace.

The other upside of Reed over some other tight end options is that he wouldn’t count against the comp pick calculation – but all of this comes with the caveat that he would obviously require a thorough medical evaluation after only being cleared from the concussion protocol a few weeks ago before being released by Washington.

Expected Contract: $2m Over One Year

Even before the Trai Turner trade, the Panthers had a need at guard, with Van Roten liable to at least test the free agency market and little guard depth in 2019 to start with. While they are likely to try and address that need in the draft as well, they can’t go into the draft with Dennis Daley as the only possible guard on the roster. While bringing Van Roten back shouldn’t be ruled out, the Panthers should also consider other options for the short term. Cooper is clearly a player with a mixed history, as evidenced by the fact that nearly seven years after being taken in the top 10 he has started just 31 games. While he has struggled throughout his career with injury, he has actually been quite good when he has played.

For the Panthers, Cooper is a risk – there is a chance that he could always get hurt again and if they were looking to contend that might be an unacceptable risk, but Cooper could offer a cheap option to allow them to bring a younger guard along more slowly and while the North Carolina native is unlikely to merit huge trade interest at already 30 years old, he can be a cheap transition piece who, when healthy, should offer an upgrade for the Panthers to help keep whoever they go forward with at quarterback upright.

While the Panthers have now finally re-signed Kyle Allen, if the Panthers do move on from Cam Newton – which while less likely than it once seemed, is still a possibility – that would leave Grier and Allen as the only quarterbacks on the roster, with the former not exactly being stellar in his limited run-out last season and the latter being fine, but nothing more than that.

Not to mention that even if Newton is on the roster, he’s still a risk to miss time after suffering separate injuries over the past two seasons.

The Panthers don’t need quarterback to be the strength of the team in year one of a rebuild, especially if Cam Newton is not on the roster, but they can’t have it be such a significant weakness that it is to the detriment of the rest of the offense and inhibits their ability to develop their new system and makes it harder for young players to develop. Siemian might not be viewed as a long-term starting option, but he would offer them a lower floor than is currently the case and allow the offense to continue to function if it comes to that.

While Siemian is probably on the upper tier of edge-of-the roster quarterbacks, it is hard to imagine his value will have gone up after spending last year with the Jets on a one year, $2m deal, and so he would be an affordable depth option for the Panthers, especially if there are lingering concerns about Newton’s health. Siemian isn’t likely to wow anybody with his huge arm, but he can push the ball deep when needed and has shown himself to be generally effective at managing an offense. While the Panthers would hope that Siemian wouldn’t see the field, having somebody who can at least keep things afloat would be useful for the continued development of the younger players around the quarterback on the offense.

Related:   Running Back Rodney Smith Has An Opportunity - Can He Seize It? 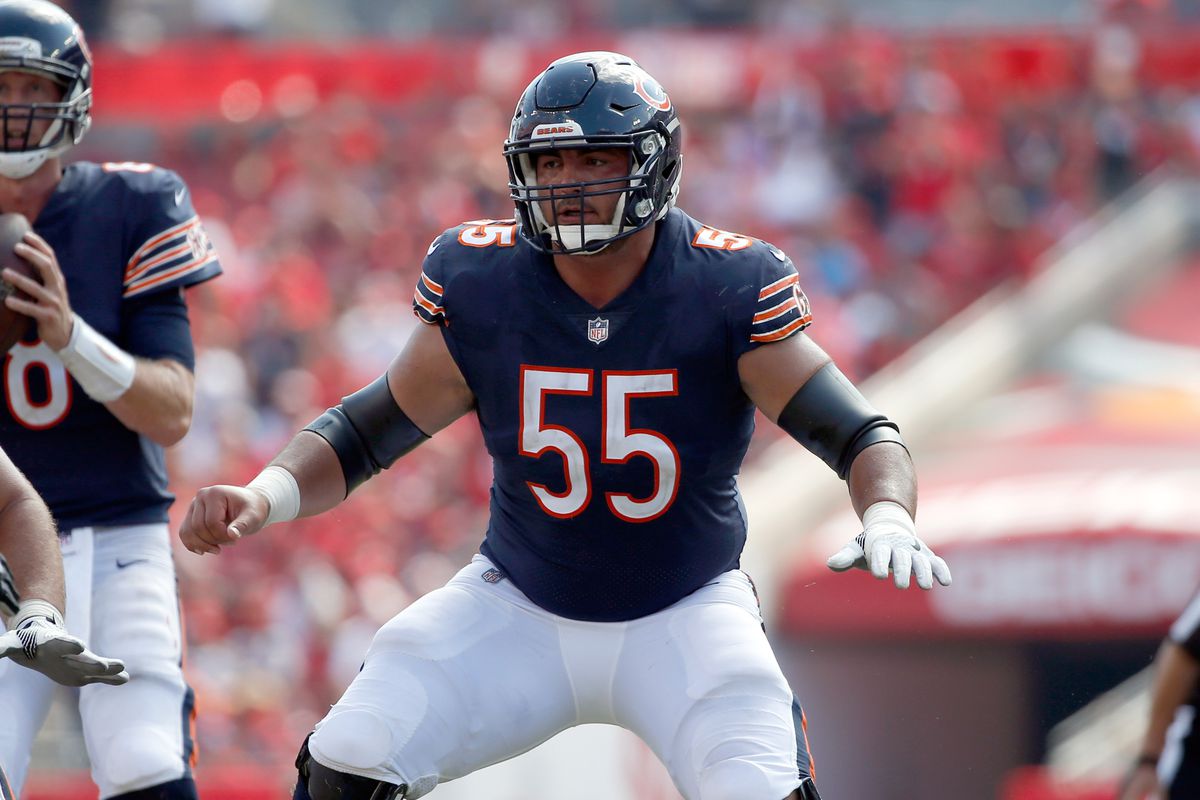 The Panthers are likely to stick with Matt Paradis for another season as the starter as they’d barely save any cap by moving on from him now – and with Trai Turner moving on and Van Roten a free agent, even as a rebuilding team, they would likely want some continuity on the offensive line in the short term.

However, while they might not want to find a starter to replace Paradis, they could certainly do with an improvement over Larsen, who really struggled last preseason. This is something they might look to find in the draft, but they may want to have a better option on the roster going into April so they’re not forced to draft for need.

Grasu has bounced around the league since getting released from the Bears after being released at the start of the 2018 season having been their third round pick in 2015. He therefore isn’t a player who will expect long-term guarantees or a ton of money – but he has looked at least competent when he has played and would be able to push Larsen for the backup spot if the Panthers don’t bring anybody else in during free agency.

Grasu is also another piece who would be better suited to more of a directional run blocking scheme, as that change may have been indicated by the acquisition of Okung. This isn’t a signing that has a huge amount of upside in terms of long-term starting potential or trade rewards, but the Panthers can’t afford for any young pieces they add to the interior of the offensive line to be hindered in their development should Paradis get hurt.

The Panthers might end up going after one, none or multiple of these players during free agency, and for Reed and Cooper they could actually sign them before free agency starts. It’s unlikely that any of these signings will be the piece that changes the future of the Carolina Panthers, but all of them can help them either in the short term by allowing them to bring young players along more gradually or by offering potential value in a trade or through comp picks if the Panthers are able to get them back on track.

One advantage the Panthers have as a rebuilding team is that they can take risks that other teams looking to compete in 2020 can’t, and if the Panthers can take the right risks, that could pay dividends in the long run.