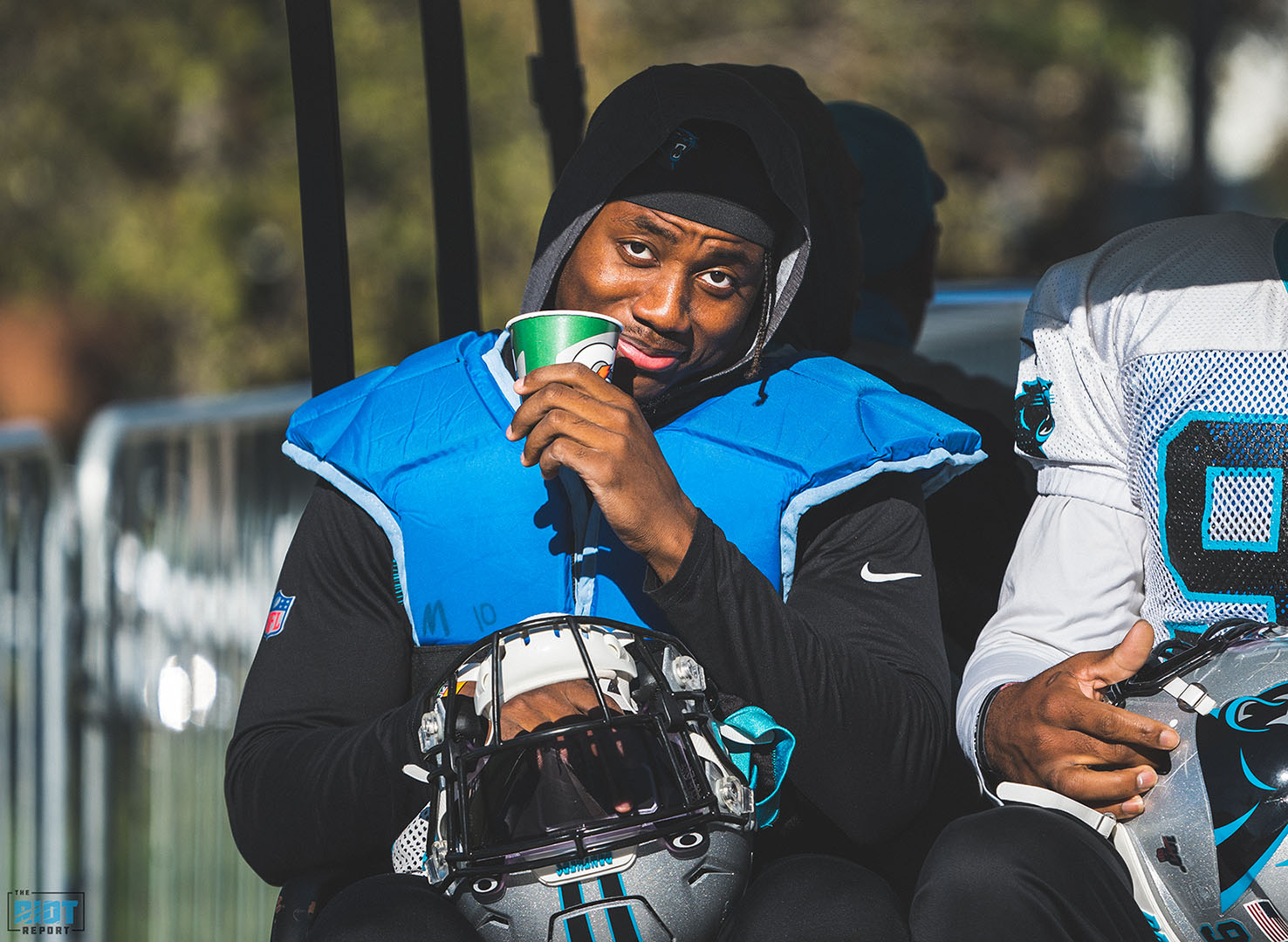 While the news cycle today will likely be dominated by Cam Newton’s visit to Dr. Robert Anderson for more information about the foot injury that has plagued him for the entire season, there may be some more pressing concerns facing the team as wideout Curtis Samuel, who has played 88% of the snaps thus far this season and has 27 receptions for 343 yards, is listed as questionable after suffering a shoulder injury last week in the first half against the 49ers.

However, Ron Rivera says had the ‘probable’ designation still existed, that may have been the case for the Panthers’ wideout.

“As I said, this is truly a precautionary thing,” said Rivera. “We just want to make sure with him.”

However, should Samuel be limited or miss time on Sunday, the Panthers would likely turn to Brandon Zylstra, who told The Riot Report this week that he had been practicing at multiple wideout positions – Zylstra, who was claimed off of waivers ahead of Week 1, made his biggest impact with the Edmonton Eskimos of the CFL, where he recorded 134 receptions for 2,195 yards and eight touchdowns in just 22 games north of the border.

Newton and Greg Little – who continues to be in the concussion protocol, but did some work both inside and outside this week – have both been ruled out. Mario Addison, who remains with his family after the death of his brother in Alabama, may not be back with the team by Sunday and the team won’t rush him back, indicating that they would leave the choice up to Addison; GM Marty Hurney and Executive Director of the Football Staff Mark Carrier attended the funeral, representing the team.

“This is bigger than anything else.”

Christian Miller, who has been battling a high ankle sprain since the Panthers Week 5 win over Jacksonville, is closer to doubtful but has been limited in practice this week, which is a step closer to returning for the rookie.

“Those, unfortunately, take a little bit more time,” said Rivera. “He did a lot of work today and we’ll see how he is in the morning – especially with a high ankle, that’s probably the biggest injury you have to look at the next day, so we’ll get a good update on him tomorrow.”