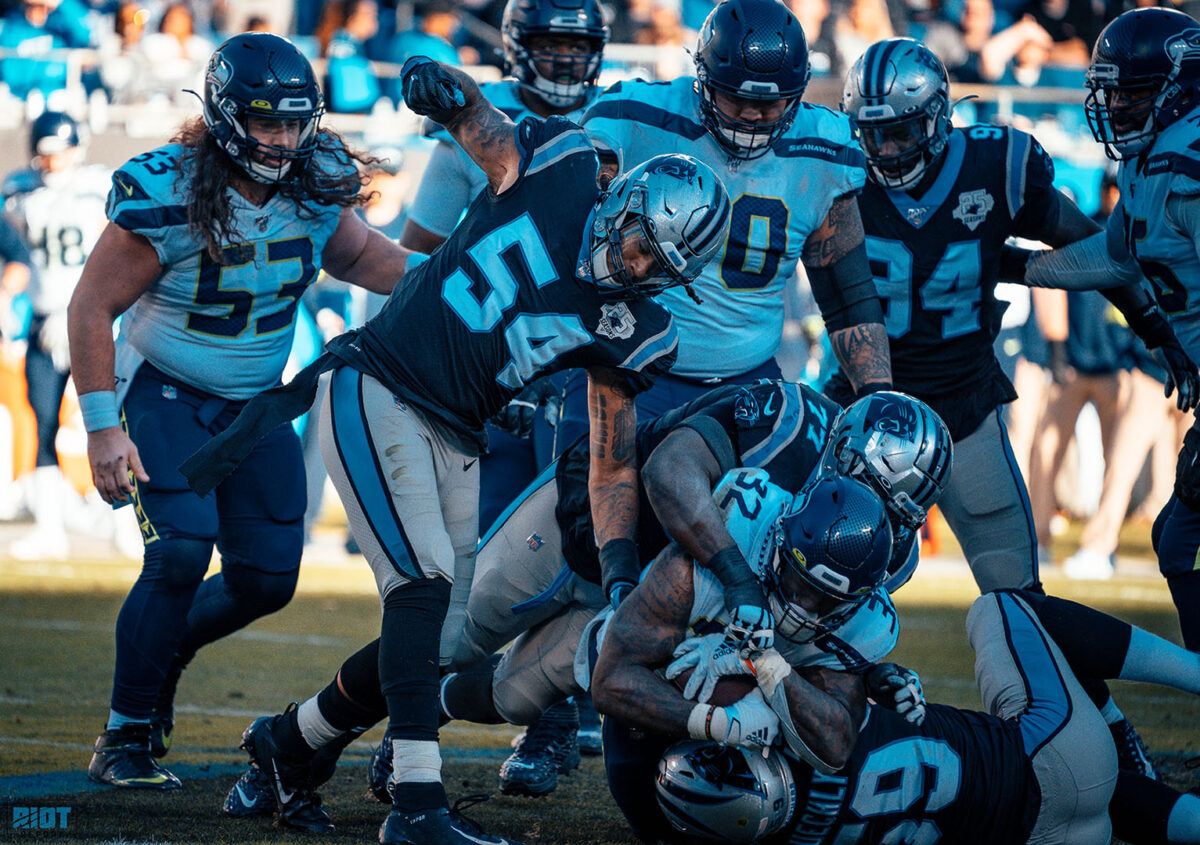 As the Panthers season slowly grinds to a halt and all attention is given to the rookie quarterback taking the snaps in Indianapolis, the Panthers will be without one of the defensive pieces that will guide them into the next era of Panthers football as linebacker Shaq Thompson, signed this month to a four-year, $54.2m extension, will be out Sunday against the Colts.

Thompson has missed at least two games in every season of his career and is “struggling” with his ankle – there’s a chance that he may finish the season on injured reserve for the second season in a row. 2018 fifth-round pick Jermaine Carter, Jr. will get most of the snaps earmarked for Thompson.

The Panthers have sent Vernon Butler home from the building the past two days as he’s battled the same illness that Eric Reid battled last weekend, but Perry Fewell expects the Panthers defensive tackle to be available – Fewell also expects Curtis Samuel, who was listed as questionable and missed Friday’s practice with a knee injury after being limited, to play – his questionable tag is “precautionary”.

Managing Editor at The Riot Report
Josh Klein is Managing Editor of The Riot Report. His favorite Panther of all time is Chad Cota and he once AIM chatted with Kevin Greene. Follow Josh on Twitter @joshkleinrules.
Related:   Panthers Cupboard Check: Interior Defensive Line Position Preview