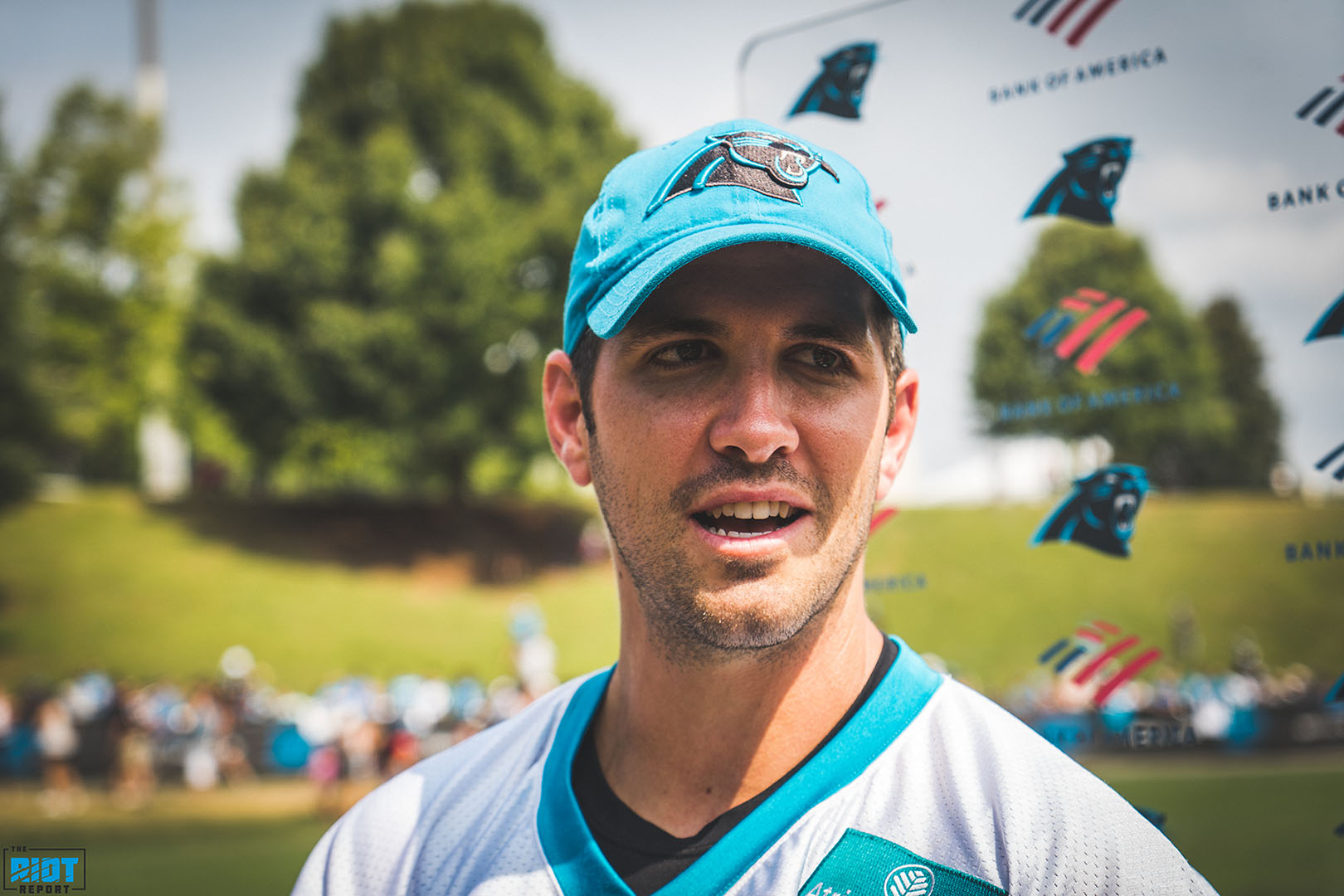 Entering training camp, it was expected that Graham Gano and Joey Slye would compete for the kicker spot on the Panthers roster. However, the competition ended just days after the players officially reported.

First announced via social media by Gano’s wife Brittany, the longtime veteran has been cut by the Panthers.

Almost 8 years ago I drove from Ashburn, Virginia down to Charlotte, North Carolina with our one-year-old son to meet Graham on his new journey to become a Carolina Panther. Little did we know the journey that God was about to put us on. Looking back on our years with the Panthers only puts a smile on my face. We have had so many amazing memories from going to the Super Bowl, a Pro bowl, amazing friendships, game-winning field goals and so many more. On top of all that we have had four more beautiful children whom have all grown up Panthers fans. This is not the easiest thing to post but we know that all good things eventually have to come to an end, and when God closes one door, He opens another. Graham, I love you so much and I am so incredibly proud of you and the success you have had with this amazing organization. This is just the beginning to a new amazing adventure. To all the fans, friends, and our family, I just want to say THANK YOU from the bottom of my heart for all your love, prayers and support. God Bless. 💙 we love you #9 #ganologano

Gano spent all of the 2019 season, his 11th in the league on injured reserve due to a left leg injury. He also missed the final two games of the 2018 season because of a left knee injury.

The Panthers then rewarded him with a contract extension worth $17 million, with $9 million guaranteed during the 2018 offseason.

Fans might best remember Gano’s 63-yard game-winning kick against the New York Giants during Week 5 of the 2018 season.

Gano spent the entire 2019 season on injured reserve, and that opened the door for Joey Slye, who was initially thought to be brought in just for an extra leg during training camp. Slye had his ups and downs but exhibited a dominant leg as he made 25 of 32 of his field goals during his rookie season. He also was 8 of 11 from 50 yards or more and 31 of 35 on extra-point tries.

With Gano’s release and Michael Palardy on injured reserve due to a season-ending ACL, the Panthers specialty unit from 2018 will be entirely different. Carolina signed undrafted rookie Joseph Charlton to handle the team’s punting duties last week.

Carolina is a bit of a reboot under head coach Matt Rhule. With the team having to get the roster to 80 players by August 16, it makes sense that the team would move on from a veteran kicker who was set to make over $4 million from the Panthers this season in a year when two kickers in camp will be a luxury.

Especially when the Panthers have a younger kicker option anyway in Slye, who has proven he can kick at the NFL level.

Antwan Staley has written for publications such as USA TODAY, Bleacher Report, the Miami Herald and the Palm Beach Post. Follow him on Twitter @antwanstaley.
Related:   Film Room: How Shi Smith Fits Into The Panthers' Offense