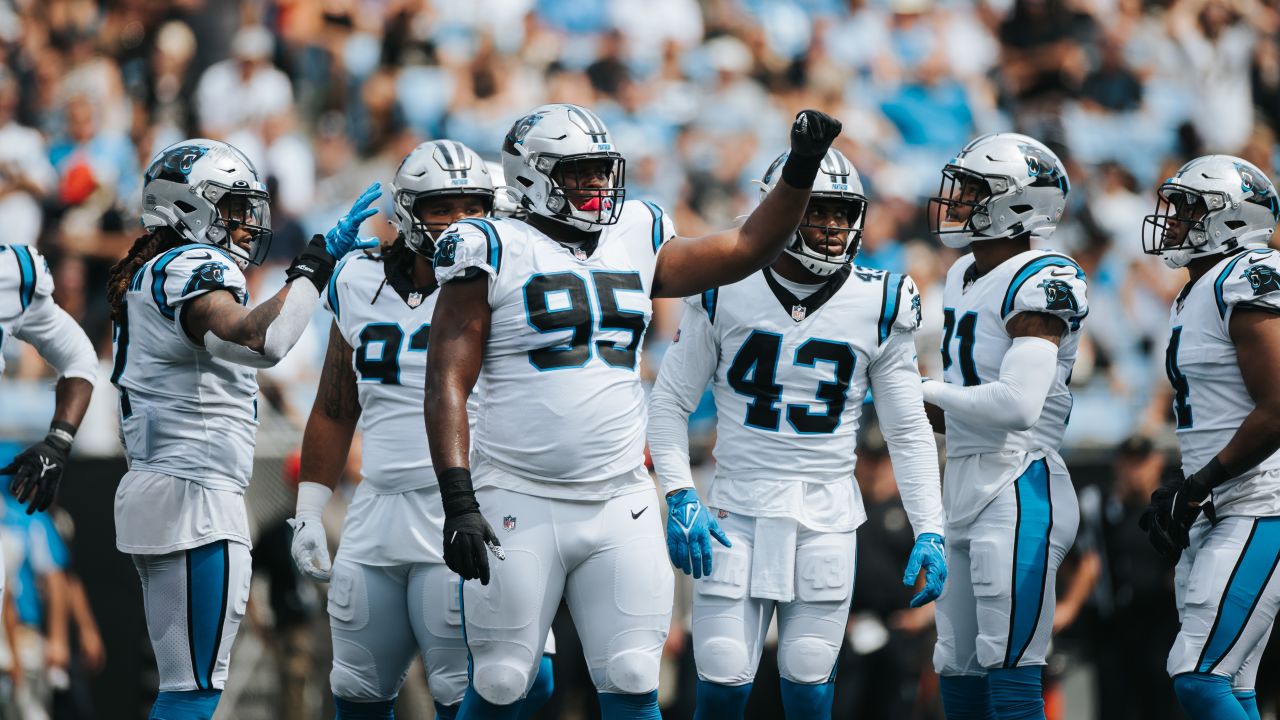 Statistically speaking, the Carolina Panthers’ defense was fairly mediocre in 2020. However, with an offseason of investment and development, the young unit has certainly created a different narrative through two games this season.

A week after the Saints put 38 points on a Packers team fresh off an NFC Championship game appearance, the Panthers held them to just 128 yards (their fewest under head coach Sean Payton) and only six first downs (their lowest since 1997). This wasn’t just a good performance by the Panthers, it was a complete domination.

A domination that produced a 26-7 victory, a 2-0 start and a chance to establish themselves as one of the NFL’s best defenses. 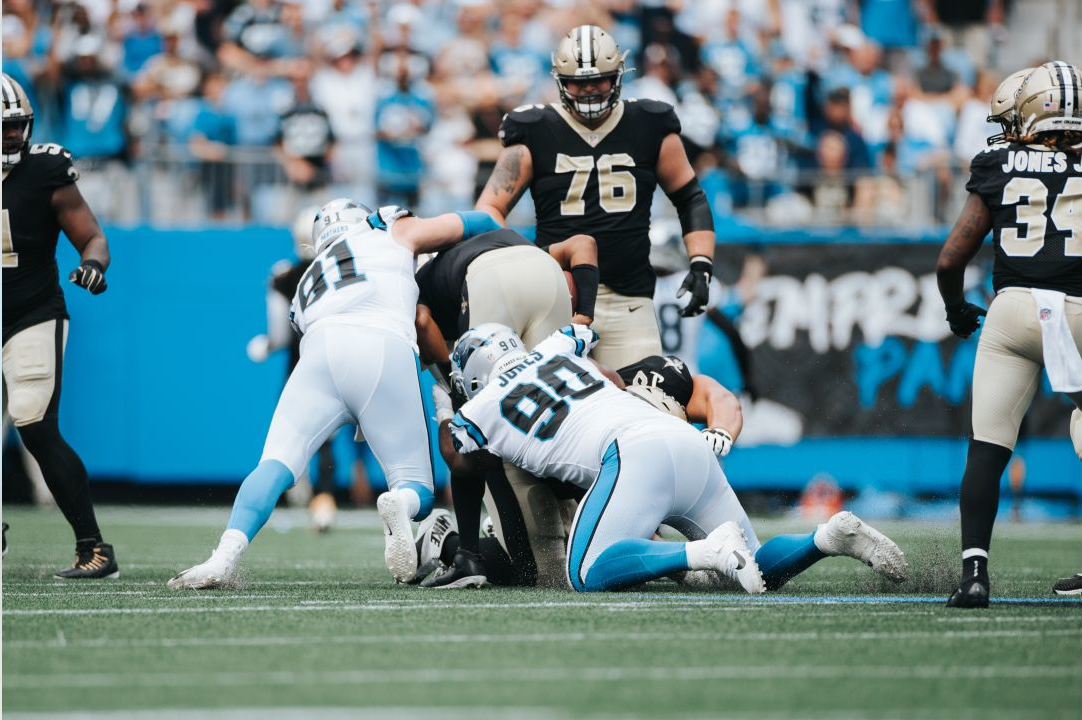 A major part of the Panthers’ defensive performance, and a major change from the Saints’ win over the Packers a week ago, was their ability to contain running back Alvin Kamara, who was held to just five rushing yards on eight carries as the Saints as a whole struggled to just 48 yards on 17 attempts.

Any time you can limit an opposition’s best player to this extent then you are likely to have success, but Matt Rhule stressed after the game just how important it was for the Panthers to keep the Saints behind the chains on first and second down.

“Because on 2nd and 7, you’re not playing the run defense now,” Rhule said. “We played a lot of man-to-man defense today. Keith Taylor was out there, Rashaan Melvin was out there, and those guys stepped up.

“Juston Burris went down and played the nickel, and it was a tale of a lot of guys. I just think we played really well up front. Phil (Snow) called an amazing game. He was bringing pressure and showing pressure and coming from the other side.

“I think it was a great job by the defensive staff. Our players, at the end of the day, they owned it, and Shaq (Thompson) continues to be a tremendous field general out there. So I was proud of that part of the game.”

The Panthers’ run defense was a real area of focus this offseason, with the additions of DaQuan Jones and Morgan Fox in particular expected to make a big impact. It’s still early, but through two weeks the Panthers are a long way from the unit that was among the worst in NFL history in 2019. 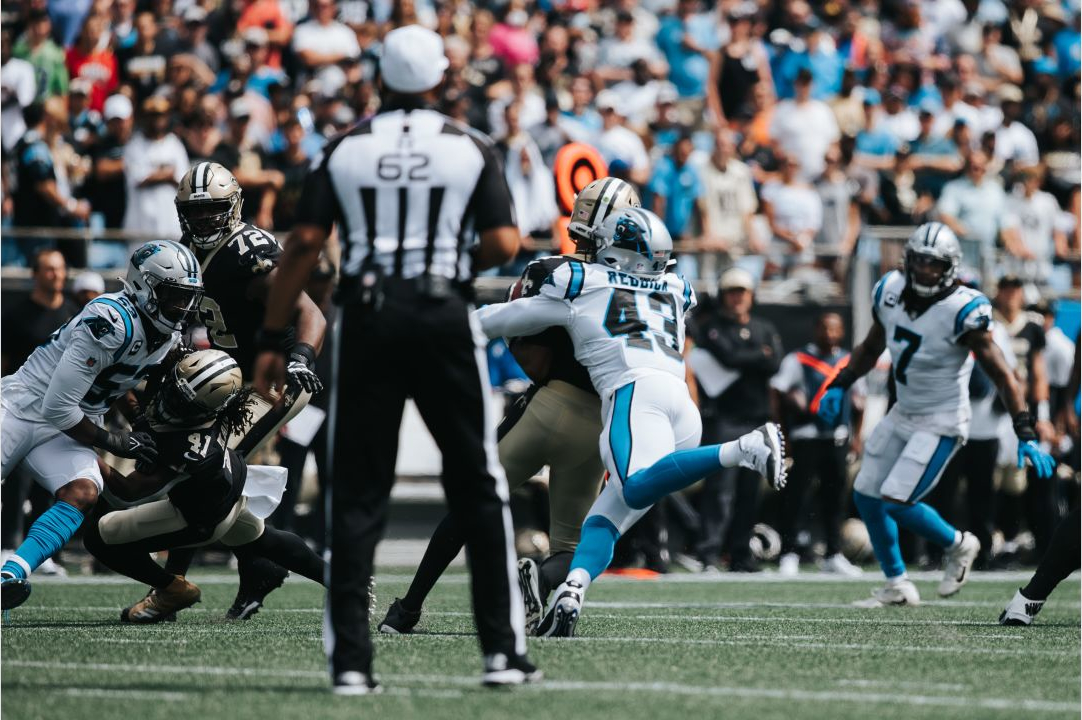 As well as not surrendering a heap of yards on the ground, the other impact of the Panthers’ stout run defense is that it makes things easier for the pass rushers to pin their ears back and get after opposing quarterbacks and, a week after tearing apart the Jets’ offensive line, the Panthers had remarkable success doing the same to a much more highly touted Saints unit.

The Panthers sacked Saints’ quarterback Jameis Winston four times on Sunday, including another 1.5 sacks from Haason Reddick, who increased his tally for the season to three and looks to be an astute piece of offseason business after signing a one-year deal following four seasons with the Cardinals.

The addition of Reddick and also Morgan Fox, who came over from the Rams, cannot be understated, as they not only create pressure themselves but also create better opportunities for the Panthers’ existing rushers to get home.

“We have great rushers on the field, and they take a lot of attention away from me,” said Brian Burns. “When I can depend on someone else to get pressure, it messes up their protection. It also helps the secondary because they don’t have to cover as long because we are producing pressure and pushing the pocket.”

Again, it’s still early, but through two weeks the Panthers have produced 10 sacks, nine TFLs and 21 QB Hits. If they can sustain anything near this level of production, then they are going to be up there with any defense of the past twenty years. 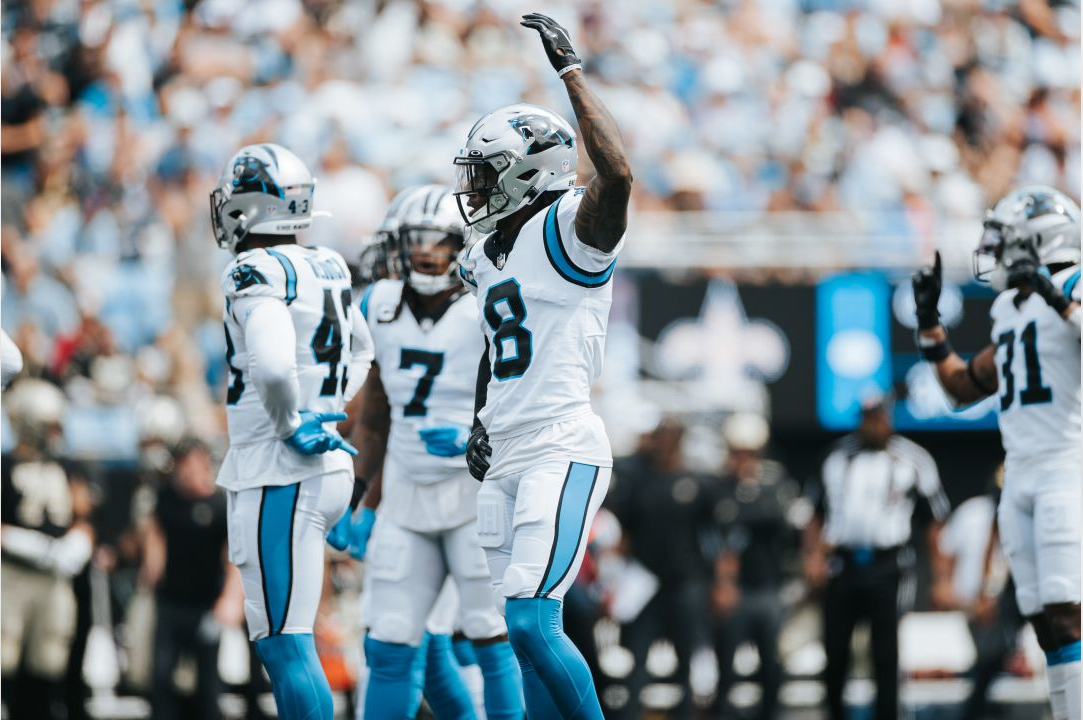 Of course, all the sacks in the world don’t count for very much if you can’t get off the field on third down, and a year after allowing opponents to convert on 49.3% of their third downs (good for 31st in the NFL), the Panthers have been able to be far, far more effective.

Through two weeks, they are allowing a third-down conversion rate of just 25% and held New Orleans to 2-of-11 on third down.

“Right now, we are exceeding where I thought we could be, and that’s surprising to me,” Reddick said. “It is just a testament to the work we are putting in during training camp and OTAs and bonding and getting to know each other. Everybody is just committing to one goal out there, playing as hard as possible.”

For now, while Rhule is happy to get the win against the Saints, he is already getting ready to prepare for the Panthers next challenge in four days.

“It just means we are 1-0 this week, and we got to get ready for next week,” Rhule said. “It shows a lot of things that we are doing well, and it is like when you win or lose. You see what you’re doing well and see what you’re not doing well. You can’t get a field goal blocked and ran back. That just can’t happen in the National Football League.

“There’s a lot of great things that happened too. We just have to be really honest about what we are doing well, what we are not doing well. It’s boring, but it is just about trying to improve this week. It’s a short week, the Texans are a good team, so it’s going to be hard. We have to put this win behind us.” 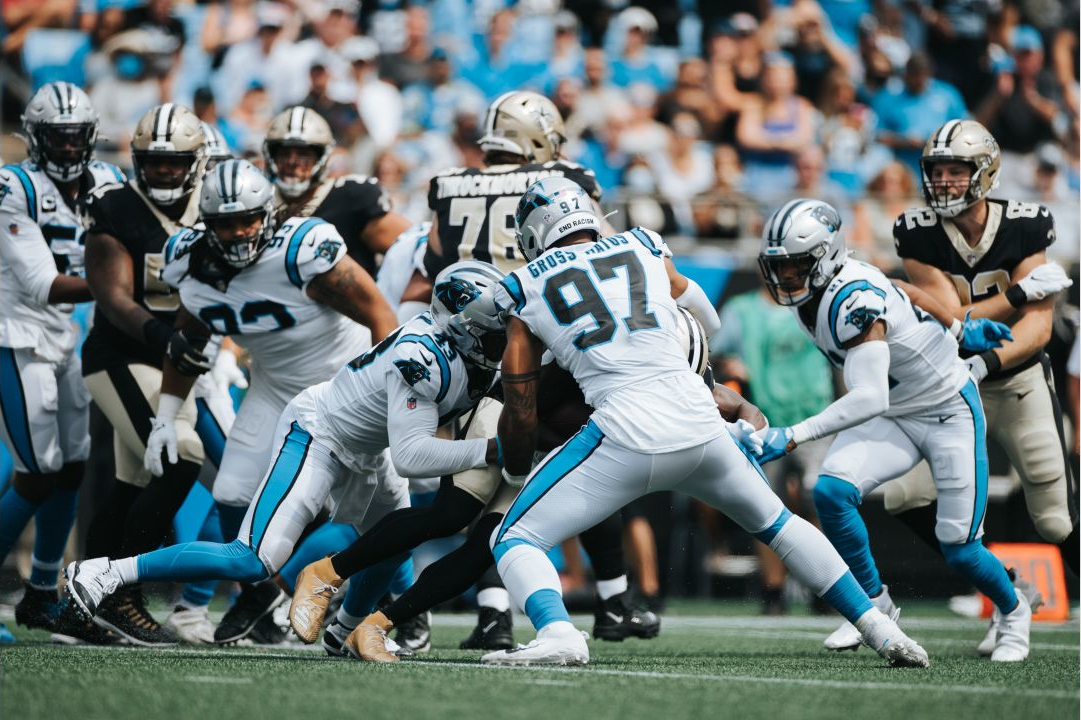 They’re still 14 games to go, but there’s rightly a lot of optimism in Carolina right now, not just because the four-game losing streak against the Saints is now over, but because the 2-0 start is the first since 2017, the season that also brought the Panthers their most recent postseason appearance.

It’s just two games, but if the win against the Saints can further the Panthers’ momentum as we head towards October, then the Panthers do have a real chance of being a relevant force come December. Something that, should it happen, is almost certainly going to come through the play of what is quickly becoming the NFL’s most exciting young defense.