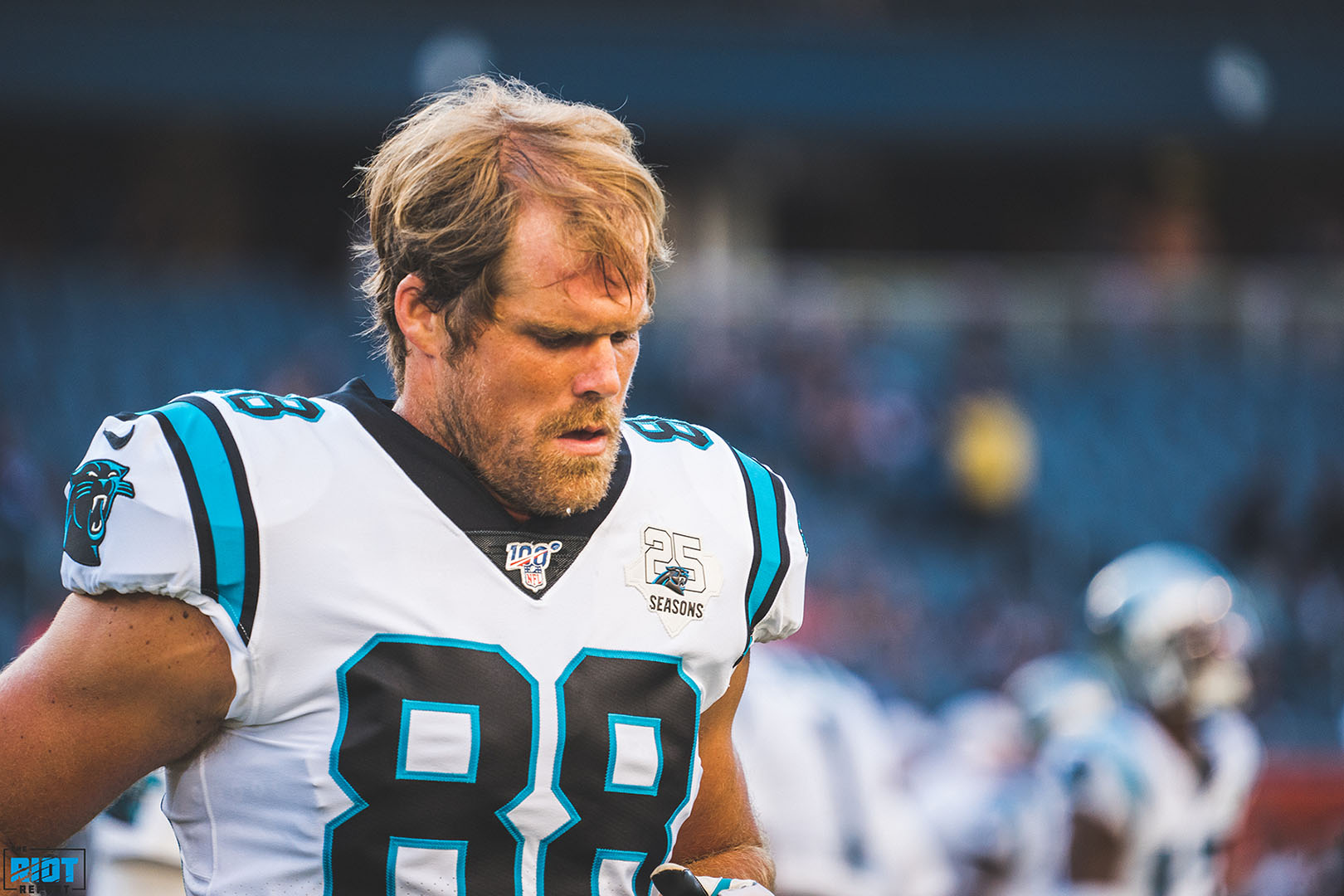 The Panthers headed into their Week 1 matchup with the LA Rams with a relatively clean injury report – it would appear that’s not the case for Week 2.

As Carolina prepares to face off with NFC South rival Tampa Bay on Thursday, the Panthers must not only battle the pressure of not starting the season with an 0-2 record – only 12.6% of NFL teams since the merger have made the playoffs after being winless in their first two weeks – but they take on the short week almost immediately.

While Ron Rivera said that getting the Thursday night game out of the way early can be helpful from a health, freshness and scheme standpoint, if a player wakes up sore on Monday, he has less time to recover – and that appears to be the case with 34-year old Greg Olsen, who has missed walkthrough Monday and practice Tuesday with a back issue after tweaking it during the game Sunday.

“I just got my back jacked up but I think I’ll be alright,” said Olsen. “Big picture, it’s not a big deal. The short week, obviously, isn’t ideal but we’ll make it work.”

Also missing practice was veteran Bruce Irvin, who didn’t practice at all last week and missed Week 1 – it wouldn’t be surprising to see the Panthers hold him out for Week 2 and allow Irvin the extra time to rest his hamstring and fully recover so that there is less of a chance of a re-injury.

While Greg Little participated in practice, he still has not cleared the concussion protocol, but he seems to be on track to be cleared by Thursday; Rashaan Gaulden (groin) worked on the side today – whether or not he practices tomorrow will be a huge indicator of his status for Thursday night.