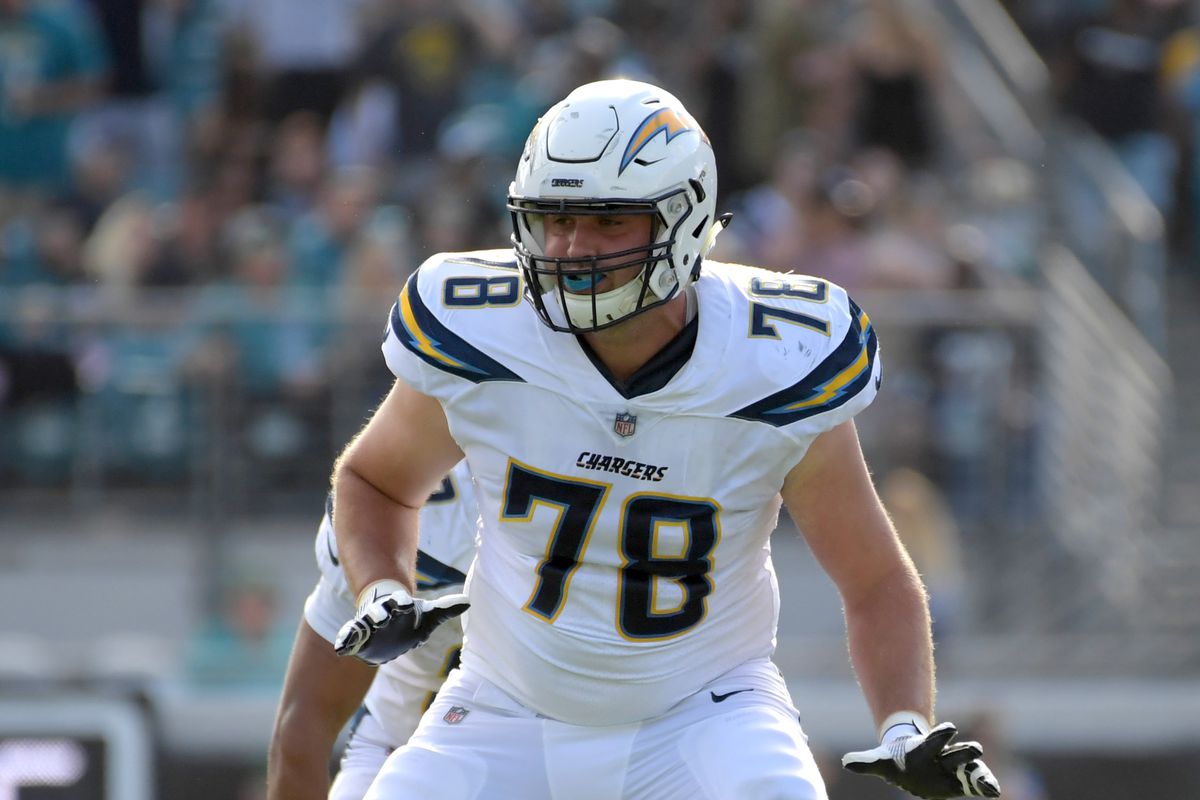 After using the 2020 NFL Draft to upgrade their defense – more specifically, their defensive line with two top-40 picks on rushers to bulk up the big guys up front – the Panthers have found help on offense through free agency, signing Teddy Bridgewater, Robby Anderson and others to help run Joe Brady’s new-look offense in Carolina.

They continued that trend Thursday afternoon by signing 29-year old guard Michael Schofield to a one-year deal, a source confirmed to The Riot Report.

Schofield had spent the last two seasons with Panthers offensive line coach Pat Meyer in Los Angeles, starting all 16 games each of the past two seasons for the Chargers – Schofield was claimed off of waivers from the Denver Broncos ahead of the 2017 season; the Broncos originally selected the 6-6, 301 pound lineman from Michigan in the third round of the 2014 Draft. After not playing his rookie season, Schofield started 29 games in Denver over two seasons, including the Super Bowl victory over the Panthers, before heading to Los Angeles – Schofield will join former Broncos teammates Russell Okung and Matt Paradis on the line in Carolina.

Schofield played 100% of the snaps in 2019 for the Chargers at right guard.

The Panthers have almost completely revamped their offensive line in 2020, trading guard Trai Turner for left tackle Russell Okung and allowing Greg Van Roten to leave in free agency while bringing in John Miller, who started 13 games last season for the Bengals at right guard, on a one-year deal. Only center Matt Paradis, who signed a three-year deal last offseason, and right tackle Taylor Moton, who is in the final year of his rookie contract, are expected to remain in their 2019 starting roles heading into Matt Rhule’s first season as head coach.

Miller and Schofield are expected to compete for each of the starting guard spots with second-year linemen Dennis Daley, who demonstrated the ability to play four positions but was pressed into duty at left tackle for much of the season due to multiple injuries. Also in the mix is Greg Little, who was drafted in the second round last year to play left tackle but missed time with multiple concussions and eventually finished the year on injured reserve with a high ankle sprain; GM Marty Hurney mentioned that the Panthers may look to Little to have some ‘positional flexibility’ heading into this season, hinting at a position change for the player they traded up for last season with the belief that he could be their left tackle of the future.

I feel like one of us is getting more of a workout than the other 😂 #stayhome #staysafe #HockeyAtHome pic.twitter.com/YZUdDBc1vH

Schofield, who is married to U.S. women’s hockey forward and 2018 Olympic gold medalist Kendall Coyne Schofield, adds veteran depth to an offensive line that was sorely lacking it – expect the Panthers to continue fine-tuning their roster as they move through the rest of the offseason.

“On the offensive line, we feel really good about our nucleus, but we need some depth,” Matt Rhule said after the draft about where the team still had holes in their roster. “Marty [Hurney] always says we don’t play until September. We’ve got a lot of time and he’s always working on the roster so we’ll keep trying to improve that.”

“We’ve done a nice job in the draft and free agency – we’re just always going to be looking for depth. That’ll be part of that process.”