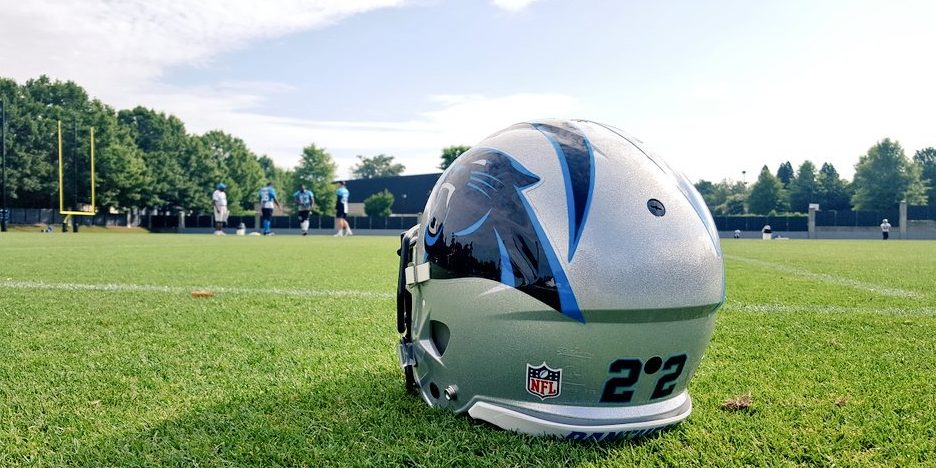 The reports were true. Carolina Panthers rookie running back Christian McCaffrey was certainly on the field for his first session of Panthers practice after being forced to miss weeks of OTAs due to NFL rules prohibiting rookies from attending practices (aside from rookie minicamp) until their school has finished it’s final exams. He was on the field. He held a football. Multiples, in fact. He stretched. Ran. Jumped. By all accounts, his helmet fit correctly. While the debut of Run CMC had the Panthers Twitter contingent all *ahem* a-twitter, there were many interesting tidbits to glean from the final practice before the almost six weeks of “summer vacation” and the beginning of training camp in late July, and not all of them had to do with Christian McCaffrey. But who cares about those? ALL MCCAFFREY ALL THE TIME!

Fake end-around to McCaffrey (lined up in the slot) leads to TD run for Stewart up the middle in red zone drill.

CMC in the wild cat, runs it up the gut. Derek Anderson with a woo hoo hoo. This is fun. #panthers

This is going to be fun. See you in July.

Managing Editor at The Riot Report
Josh Klein is Managing Editor of The Riot Report. His favorite Panther of all time is Chad Cota and he once AIM chatted with Kevin Greene. Follow Josh on Twitter @joshkleinrules.
Related:   Panthers LB Tahir Whitehead on Luke, Matt Rhule, & His Position In Carolina