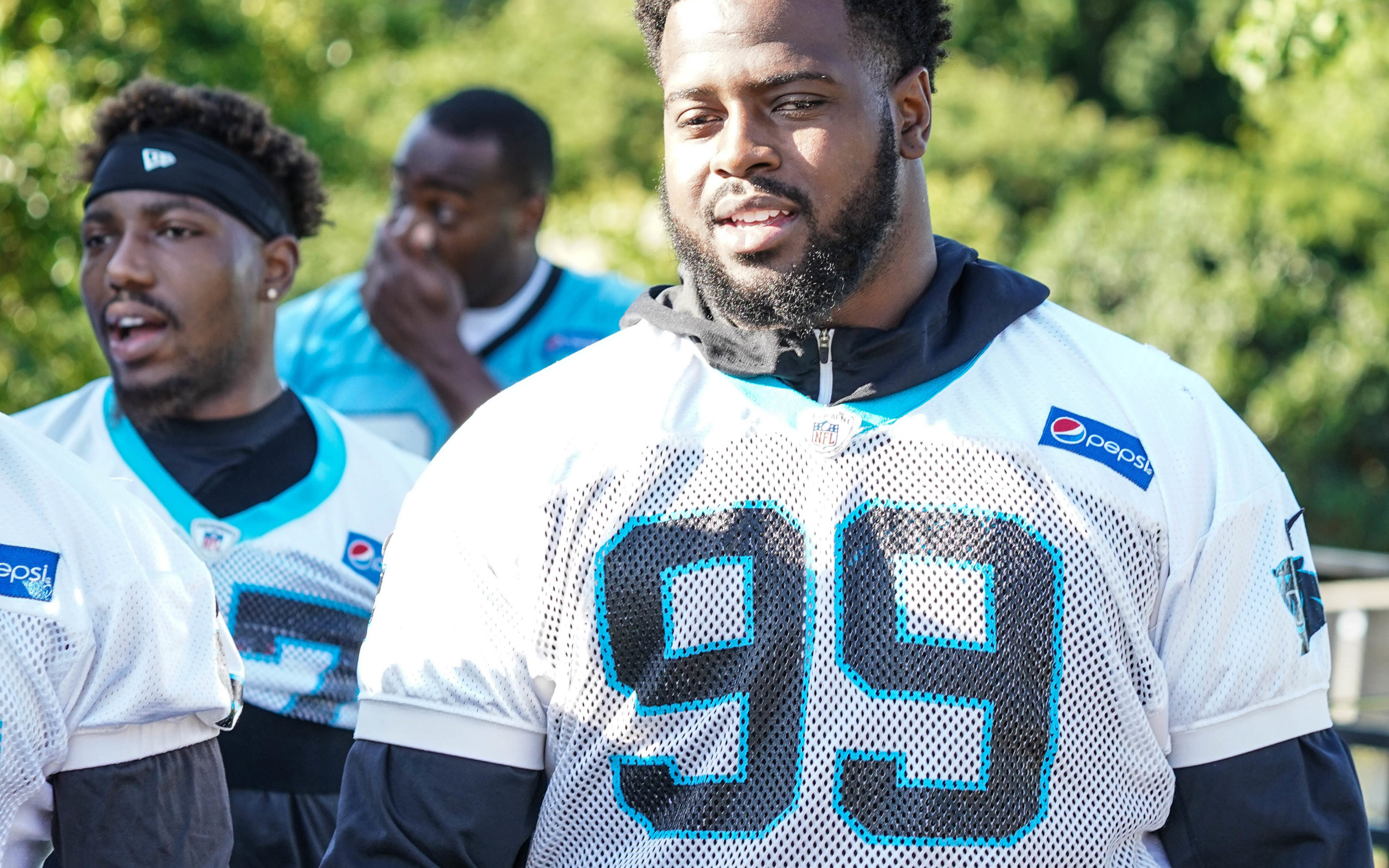 Panthers defensive tackle Kawann Short has missed the last two games due to a shoulder injury and on Tuesday it was announced that the lingering injury had been identified as a partially torn rotator cuff and Short’s absence would extend a lot longer than expected as he will undergo surgery to repair the injury.

Short, who has had 27.5 sacks over the past four years, will miss the rest of the 2019 season as the team placed the 30-year old on injured reserve. Bryan Cox Jr. was signed from the Panthers practice squad to take Short’s spot.

“KK has done everything he could possibly do to try to play these past two games,” general manager Marty Hurney said in a statement. “But we have made the decision that it is in the best long-term interest of KK and the team that he undergo surgery to fix his shoulder and focus on his rehab and get ready for next season.”

Losing Short for the rest of the year is huge for the Panthers defense as he is a two-time Pro Bowler and one of the best players on their defensive line. Not only will the Panthers miss his play on the field, but Short is also one of the leaders of the team as he was voted as a Panthers’ team captain for the first time in his career.

Recently, the panthers restructed Short’s contract along with Trai Turner to clear almost $13 million in cap space. While Short is only receiving a base salary of $805,000, he is receiving a prorated bonus of $6.3 million, according to Over The Cap. Short’s salary cap number during the next two seasons is over $20 million.

Antwan Staley has written for publications such as USA TODAY, Bleacher Report, the Miami Herald and the Palm Beach Post. Follow him on Twitter @antwanstaley.
Related:   Running Back Rodney Smith Has An Opportunity - Can He Seize It?