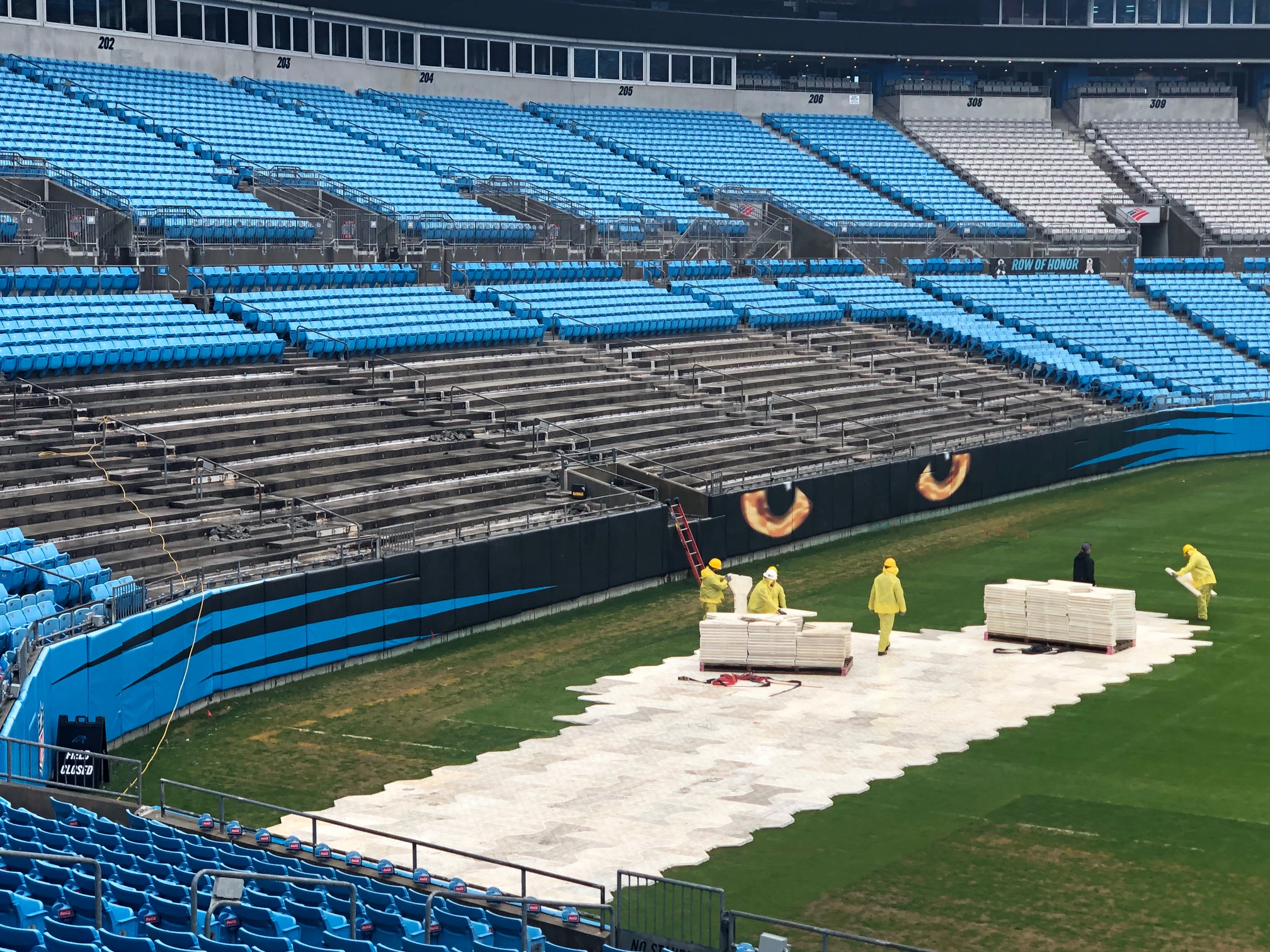 Less than a month after the Carolina Panthers regular season ended and the team made wholesale changes to the football side of the organization, the team began the first of many alterations to Bank of America Stadium as Friday, the Panthers announced that they were already underway with renovations to their lower-level seating in the west end zone. Around 900 seats will be replaced by 14 bunker suites, which will combine lower-level seating with premium amenities, each with the capacity to host at least 12 people.

The suites will feature all-inclusive food and drink options as well as a different way to experience gamedays.

The Panthers did not disclose information on the price of the suites, but did say the project aims to be completed by the time the team kickoffs their preseason schedule in August. Also before the start of the preseason, the Panthers will renovate the locker rooms at Bank of America Stadium in preparation for the MLS team which will arrive in 2021.

The project for the idea started about 12 months ago as the Panthers got the ideas for the upgrades from Madison Square Garden, home of the New York Knicks and Rangers and Wrigley Field, home of the Chicago Cubs – after seeing the options in those iconic stadiums, they decided to “enchant” the fan experience in Charlotte.

“We’re excited, this is a huge step forward in terms of stadium enhancements for us, so we’ve got a number of them planned on the way,” Joe LaBue, Panthers Vice President of Ticket Sales said on Friday morning. “This is the first one. If you have been to other stadium, you probably have seen similar products. Ours is going to be a little bit different from the fact that they’re going to be seating outdoors. It will be sort of a neighborhood area behind the seats and suite owners are going to have their own private space behind that.”

While the Panthers are still finalizing what they will actually look like, the plan is to have three to four rows of comfortable seating. The tunnel suites next to the locker rooms will have see-through glass so fans will be able to look at the players and the Panthers team stepping onto the field. 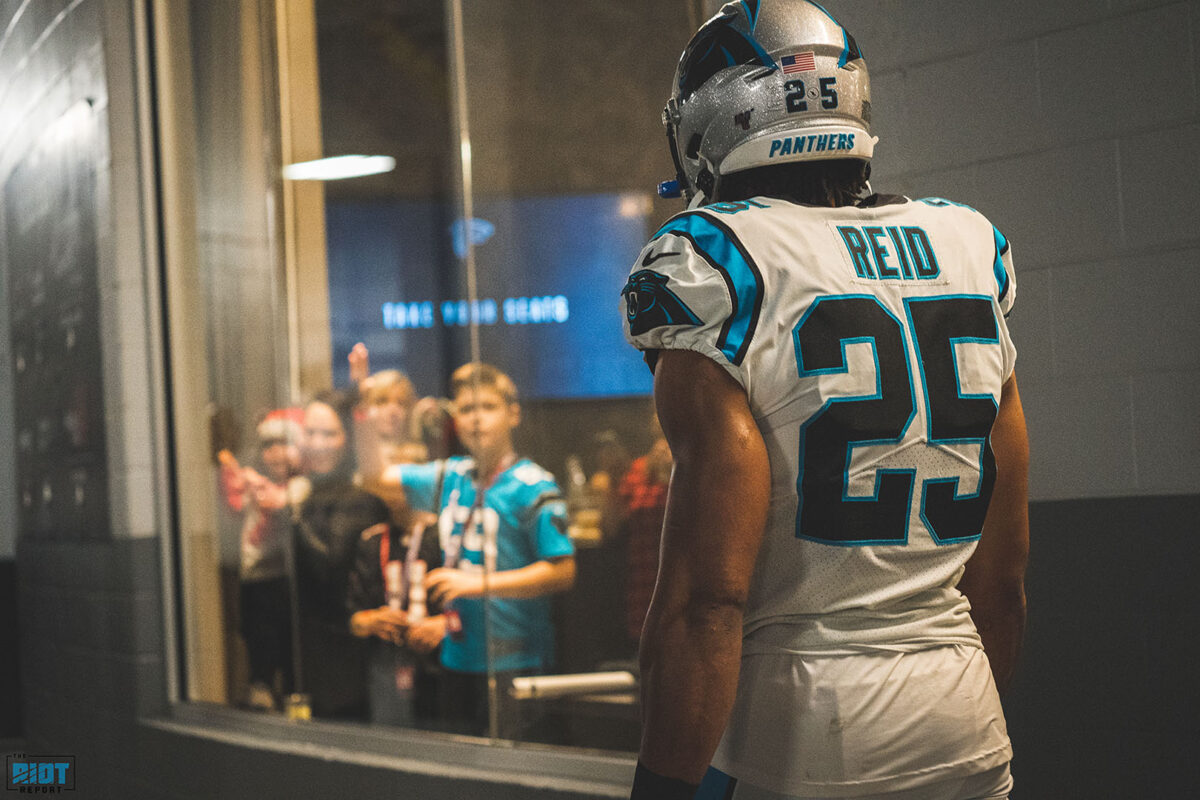 Eric Reid walks through the tunnel at Mercedes-Benz Stadium in Atlanta.

“Really, accessability is big here,” LaBue said. “We did the 53 Club last year, which was huge for us. So we’ve taken a lot from what we learned there and what fans have asked for and we’ve gotten a lot of good feedback and we try to use that and been very intentional with the planning of these.”

Bank of America Stadium, which opened in 1996, not only plays host to the Panthers, but also to the soon-to-be-renamed Belk Bowl, college football neutral-site regular-season games and in 2021, the new Charlotte MLS franchise will play there as well.

While the renovations are expected to be ready before the start of the Panthers preseason, the stadium will host a few events before then. In March, the Mexican National Team will play the Czech Republic. Also, the stadium will host three separate concerts – Billy Joel in April, Garth Brooks in May and a stadium tour featuring Def Leppard. Mötley Crüe, Poison and Joan Jett & the Blackhearts with more concerts still to be announced in 2020.

The construction will be ongoing during the aforementioned events.

“Hopefully, we are done at the end of July,” LaBue said. “That’s the goal right now.”

The people affected the most by the new changes at Bank of America Stadium are the Panthers personal seat license owners, whom the team have begun to contact; this project affects a little less than 900 seats held by just under 400 accounts. PSL holders who have been displaced because of the renovations will have the option to move to any available lower-level seat in their PSL location without any additional PSL cost – they’ll also be able to move to a more expensive PSL location for no additional PSL costs, but will pay the higher ticket price.

One recognizable face on Sundays will be relocating – Greg Good, Jr, son of the fan legend and Hall of Fame inductee ‘Catman’, who previously sat in section 104, will be donning his iconic blue wig in the first row of section 125. 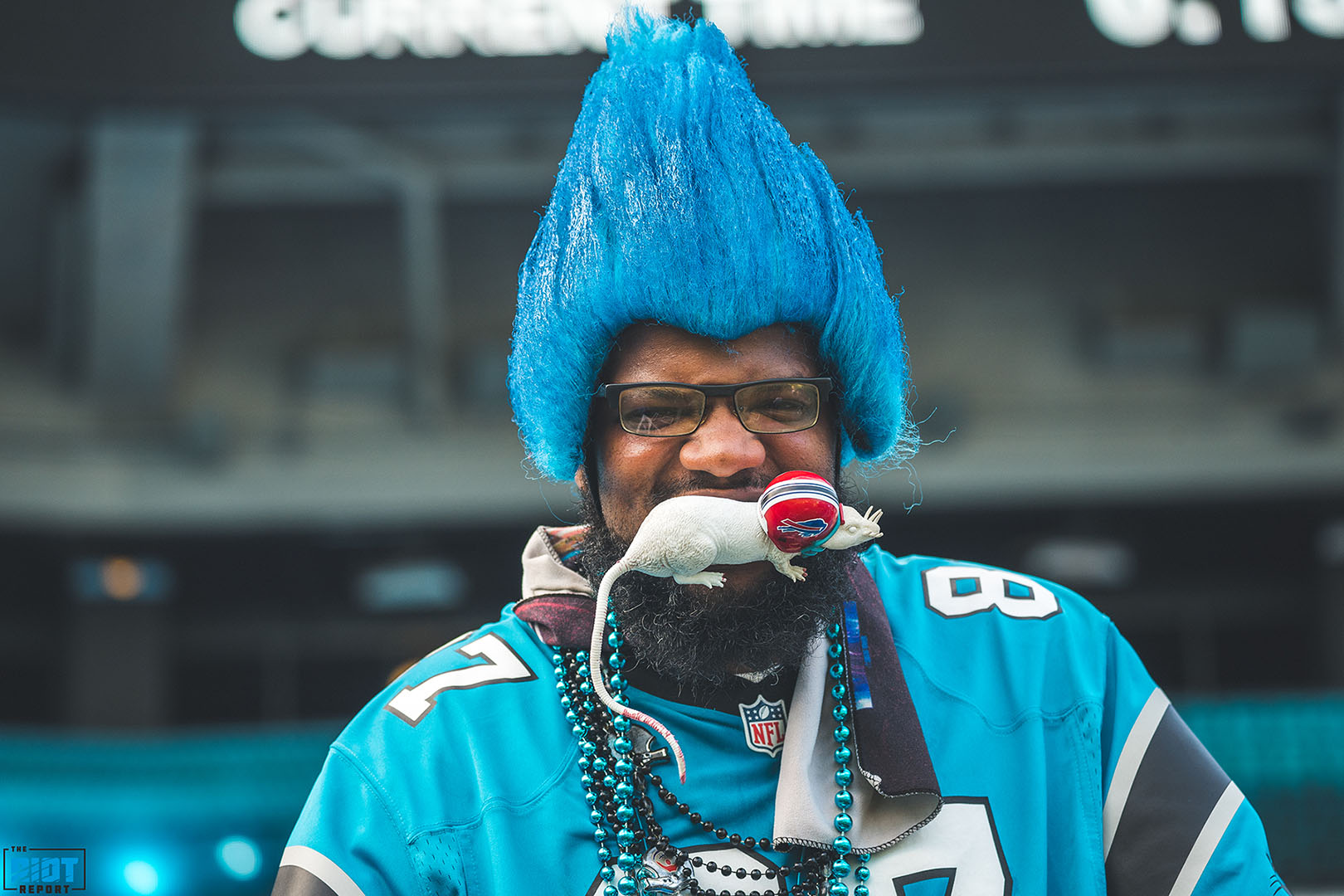 Catman’s son continues on the legacy.

If PSL holders to do not wish to relocate, they will be offered a re-imbursement, which has been reportedly 125% of the original purchase price, well below market value. It’s unknown if more PSL owners will be affected by other Bank of America Stadium renovations in the future – but as the team looks to move forward into a new era, it will almost certainly make waves throughout the community.

Tepper has already stated that he would like to be in a new stadium within the next 10 years, so the upheaval of longtime fans will likely become the status quo as the Panthers new owner attempts to move the team forward to keep up with amenities offered around the league.

“We are calling every single impacted account individually, it’s about 380 accounts,” LaBue said. “They will have an option to locate to a lower bowl seat, some of them in that same end zone. They do have the opportunity to move to a more expensive location.”