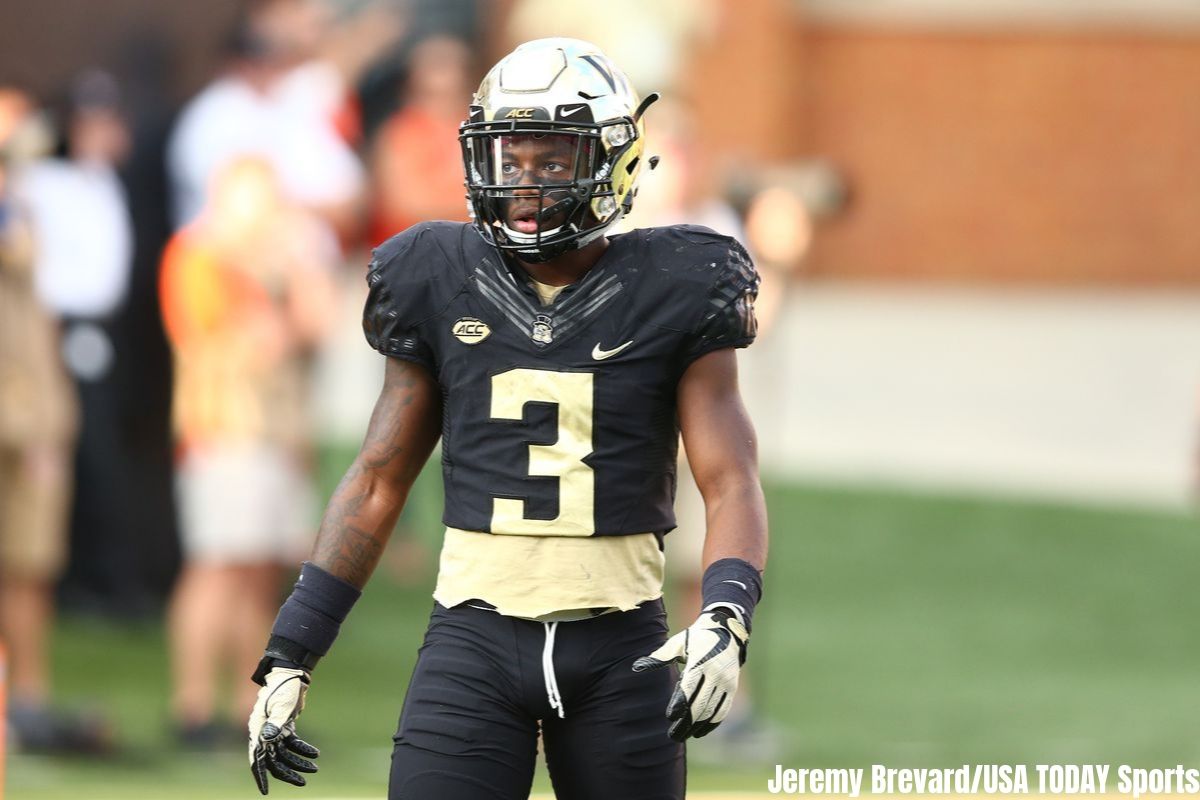 A day after releasing wide receiver and returner Ray-Ray McCloud, who had 10 punt returns for 82 yards and eight kick returns for 174 yards – as well as three muffed punts, all coming against the Tampa Bay Bucs in their two matchups thus far this season – the Panthers have replaced him with former Wake Forest Demon Deacon Greg Dortch, whom the team signed off of the Jets’ practice squad on Wednesday morning.

“He’s an explosive, dynamic player,” Panthers coach Ron Rivera said of McCloud Tuesday. “But putting the ball on the ground is a little risky. We have to take care of the football better.”

The team is hoping that Dortch, who signed with the Jets as an undrafted free agent and earned rave reviews throughout the preseason, can protect the ball better while continuing to provide the possibility for big plays in the return game.

In 2018, Dortch earned second-team AP All-America honors at the all-purpose position and first-team All-ACC honors at two different positions – both all-purpose on offense and as a returner on special teams. That season, he returned two punts for touchdowns and led the team with 89 receptions for 1,078 yards and eight touchdowns on offense.

He also set a school record with four consecutive 200-yard all-purpose games between the end of 2017 and the opening of the 2018 season.

“Obviously you can see he is fearless,” Jets coach Adam Gase said about Dortch in the preseason, where the 5-7 wide receiver had eight catches for 49 yards and a score as well as nine punt returns for 85 yards. “He’s going to stick his face in the fan and usually make somebody miss and get vertical. If we have any kind of crease, he is going to get as many yards as he can.”

The Panthers are currently on bye and return to practice next week before traveling to San Francisco to take on the undefeated 49ers on October 27th.