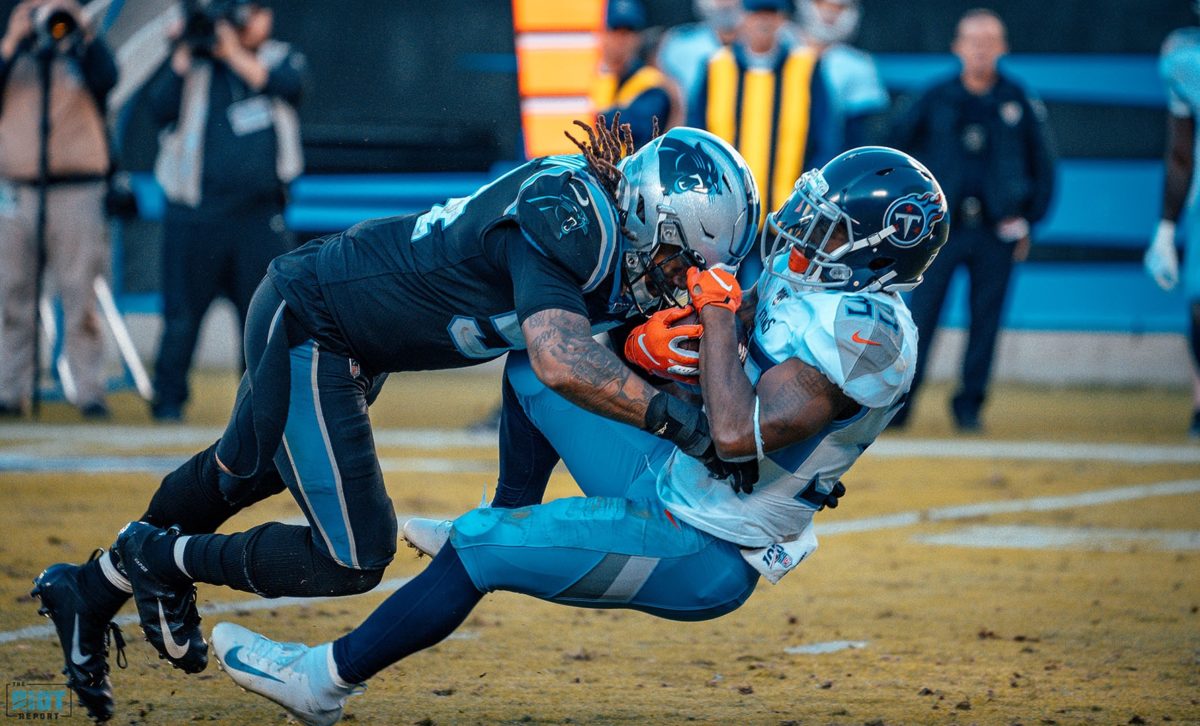 Shaq Thompson is in the midst of having the best season of his five-year career. So on Saturday, the Panthers decided to reward the linebacker by making him a key piece of the defense and a big part of their future.

Thompson signed a four-year extension which will keep him under contract through the 2023 season.

“Shaq is our type of person and our type of player,” general manager Marty Hurney said in a statement on the team website. “He’s proven that he can play linebacker at a very high level, and he’s got all the traits you want. He’s smart, he’s physical, he can run and he’s very versatile. He fits the blueprint for what we want at the position.”

ESPN’s Adam Schefter, who was first to report the extension, reported that Thompson will be receiving $54.2 million over four years with a maximum value of $57 million that includes $28 million guaranteed and a $16 million signing bonus.

If that value is correct, that would make Thompson one of the highest-paid linebackers in the NFL, according to Spotrac.

Thompson’s average during his four-year extension would be at $14.25 million with the maximum value. That would have him tied with Jaguars inside linebacker Myles Jack for the seventh-highest linebacker salary in the league. Currently, Bears linebacker Khalil Mack is the highest as he is averaging $23.5 million.

Thompson, who was the Panthers’ 2015 first-round pick, was in the final season of his contract. In 12 games this season, Thompson has recorded a career-high 93 tackles along with three sacks and three passes defended.

“It feels good. It shows they have trust in me and faith in me to go on with the future of this young team that we have,” Thompson told Max Henson. “They see that I can help and I can be a part of the leadership of this group. That’s really big for me. They showed loyalty and love towards me and my family. I was able to show them that I have potential. This is my first year being a starter and I’ve been able to show what I can do.”

This year has been a difficult one for Thompson on and off the field. The Panthers are unlikely to make the playoffs as they currently have a 5-7 record. Also, in the middle of the season, Thompson had to deal with an emotional loss in his family as his mother, Patrice “Patty” Thompson, passed away at the age of 57.

On the Panthers’ official Twitter account. Thompson is seen signing his extension with a lanyard that displays a picture of his mother.

Thompson and the Panthers will travel to Atlanta this weekend to take on the division-rival Falcons at 1 p.m. eastern.