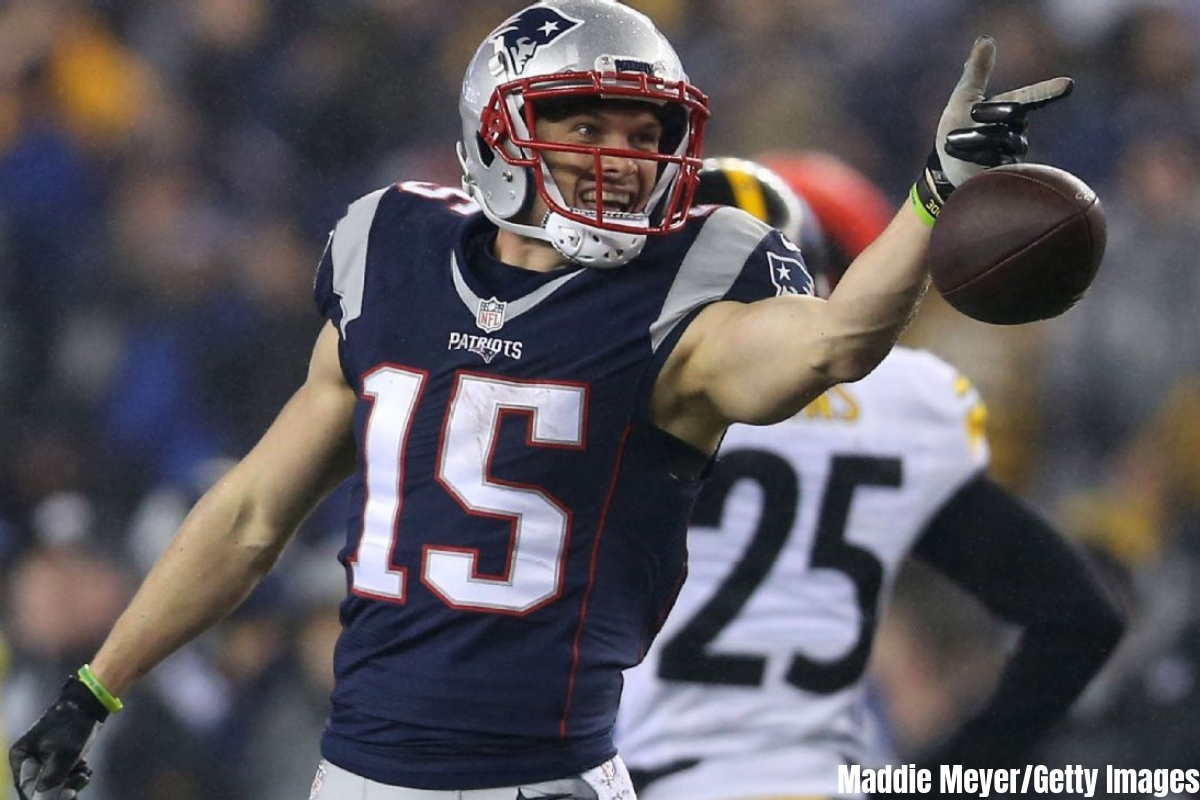 For what seemed like the first time in ages, wide receiver was not necessarily a priority for the Carolina Panthers entering 2019 free agency as draft picks over the past two seasons provided a nucleus of DJ Moore and Curtis Samuel, both elusive and electric after the catch; pair that with the veteran presence of Torrey Smith and Jarius Wright and it appeared that the top four was set heading into this month’s draft.

But just because the Panthers had strength didn’t mean that they didn’t have room for improvement – and that’s exactly what they did when they signed former New England Patriot wide receiver Chris Hogan to a one-year deal.

“When I had the opportunity to come down here and sign with Carolina,” said Hogan. “I was really excited about the opportunity…my family’s excited [and] I’m excited.”

The 30-year old wideout, who can play both in the slot and on the outside, spent the past three seasons catching passes from Tom Brady and has earned the nickname “7-11” because he was “always open” – the former undrafted free agent tallied 1,651 yards on 107 receptions while scoring 12 touchdowns in New England. Over the course of his first three seasons with the Buffalo Bills, the 6-1 Hogan played in every game, recording 87 receptions for 959 yards and six touchdowns after signing to the Bills’ practice squad near the end of the 2012 season.

While in New England, you’re bound to get a lot of postseason experience, and that’s exactly the case with Hogan as he ranks second in the NFL with 542 postseason receiving yards and is tied for first with four receiving touchdowns since 2016 – he’s also picked up two Super Bowl rings along the way.

Hogan excelled with five touchdowns in his first five games of the 2017 season and emerged as a red-zone threat for the Patriots that season.

“Chris has got good length,” Bill Belichick said at the time. “He catches the ball well. He catches away from his body, which a lot of passes in the red area, that’s what you have to do because the coverage is tight. The quarterback throws it to where the defender can’t get it and the receiver has to extend to make the play. Good hands, being able to separate and good height definitely helps down there.”

The question of whether he’ll play in the slot or on the outside hasn’t been answered, but in an offense like Norv Turner’s, the answer is likely a combination of both.

“I don’t think [we’ve] been into defining a role at this moment,” said Hogan, who briefly spent time with the Miami Dolphins before moving to the Bills. “I don’t have a playbook in front of me or anything like that yet. My main goal is just to come down here, work as hard as I can [with my] new team and new organization – another chance to prove myself and prove to these guys that I can be a valuable part of this team and help them win football games any way that I can.”

“I really pride myself on my route-running and my details running routes. I’ve always been a guy that runs everything 100% and does everything 100%; I’ve played special teams every year of my career – just willing to do whatever I can to help a football team win.”

He’s heard that his new quarterback is the ultimate competitor – he likely knows something about quarterbacks as competitors from his time in New England – but when I asked him if he expected a new nickname from quarterback, who seemingly has a fresh label for all of his teammates, he said he hoped to keep the “7-Eleven” moniker given to him by former teammate Reggie Bush.

“If that’s sticking with me, I guess I’m doing my job right, so hopefully that continues to be my nickname.”