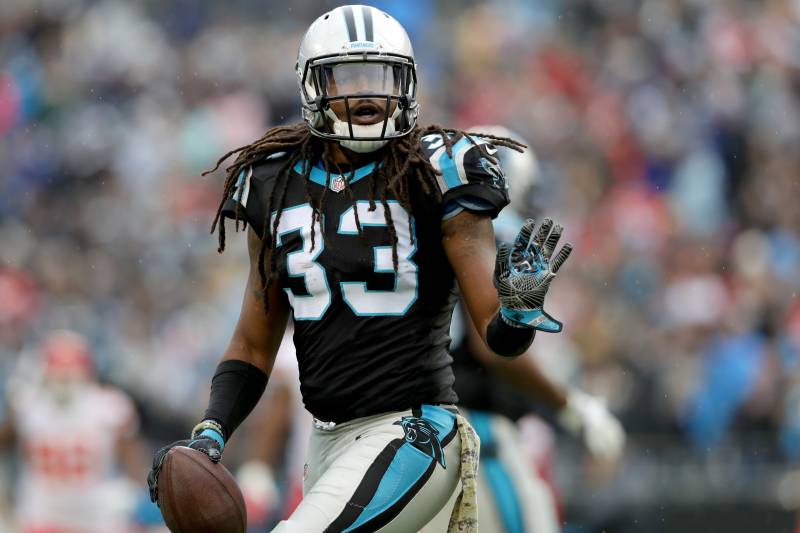 The other shoe drops.

After six practices of alternating the free safety spot in the secondary between second-year defensive back Rashaan Gaulden and cornerback Ross Cockrell, the Carolina Panthers have agreed to a one-year deal worth $3m with veteran safety and former Panther Tre Boston, according to a report Wednesday evening by NFL Insider Adam Schefter.

Boston, who was originally drafted by the Panthers in the fourth round of the 2014 NFL Draft, spent the first three years of his career in Carolina, starting 16 games and appearing in 42 over the course of three seasons while he amassed 104 combined tackles and 10 passes defensed. Boston also recorded three interceptions, including one returned 84 yards for a touchdown, before being released in May of 2017.

Less than two weeks later, the UNC product would sign with the Los Angeles Chargers where he would have arguably the best year of his career, picking off five passes and making 79 tackles – he would match that tackle total the next year under former coach Steve Wilks in Arizona on another one-year deal.

The 27-year old safety’s return to Carolina will mark his third team in three years and the Panthers will hope that his ball skills and ability to secure turnovers – his 11 career interceptions will tie Eric Reid for the most in the Panthers’ secondary – can help a secondary that struggled to create turnovers last season.

The Panthers had 13 interceptions in 2018, but only two during the final eight games of the season and Ron Rivera said that with the Panthers improved pass rush, having a secondary that can get their hands on the ball will be incredibly important.

Boston will compete with Rashaan Gaulden and Ross Cockrell for the starting free safety position; Gaulden, who Wednesday took reps at the ‘big nickel’ position and Cockrell, who has traditionally played cornerback, may be better suited to different positions while Boston is a natural free safety. By answering their question at safety, they may have also solved their conundrum at nickel cornerback if they can slide Gaulden to the inside.

Boston, who didn’t sign with Arizona until July 27 of last season, said he was willing to wait for the right deal to sign with a team.

“It’s all about knowing your worth,” Boston said last month. “I know I’m going to go out [this season] and do something I did last year – play well with the opportunity I’m given.”

The Panthers have given him another opportunity – now it’s up to him to seize it.