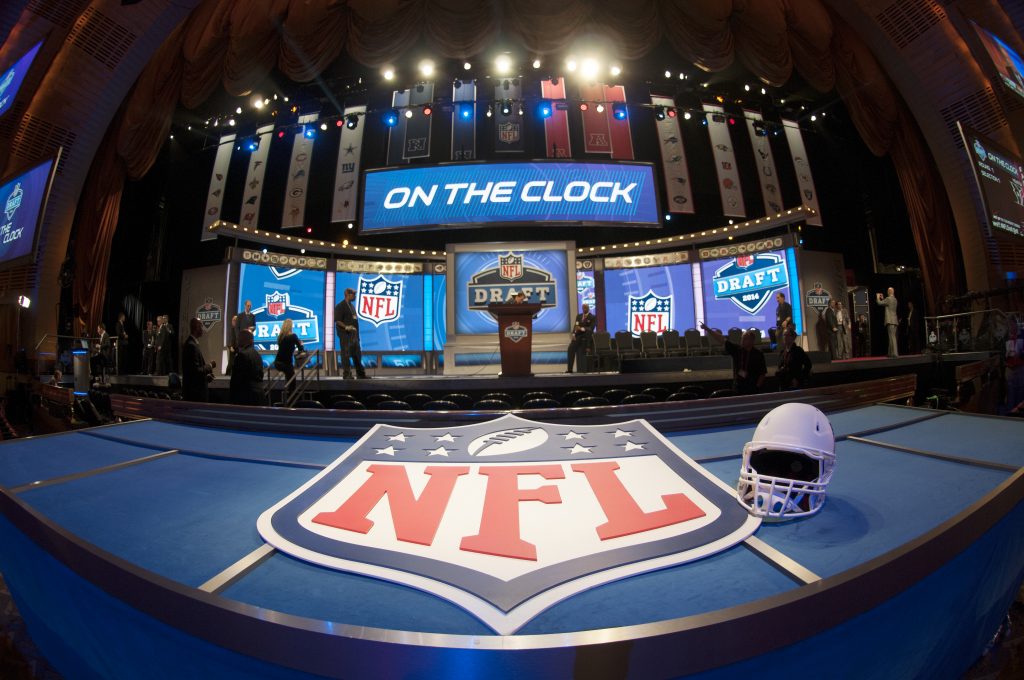 In the 26 years since the Carolina Panthers came into being, they have traded down in the first round just twice – with their first ever draft pick back in 1995 (first overall to fifth with a second-round pick thrown into the deal) and in 2007 (14th to 25th plus a second and fifth rounder).

However, with a new GM in town, everything has the potential to change on draft day, and Scott Fitterer made it very clear in his introductory press conference that one thing likely to change is how the Panthers approach trading down.

“If you’re not in that top part of the draft, we’re going to try and acquire picks.” 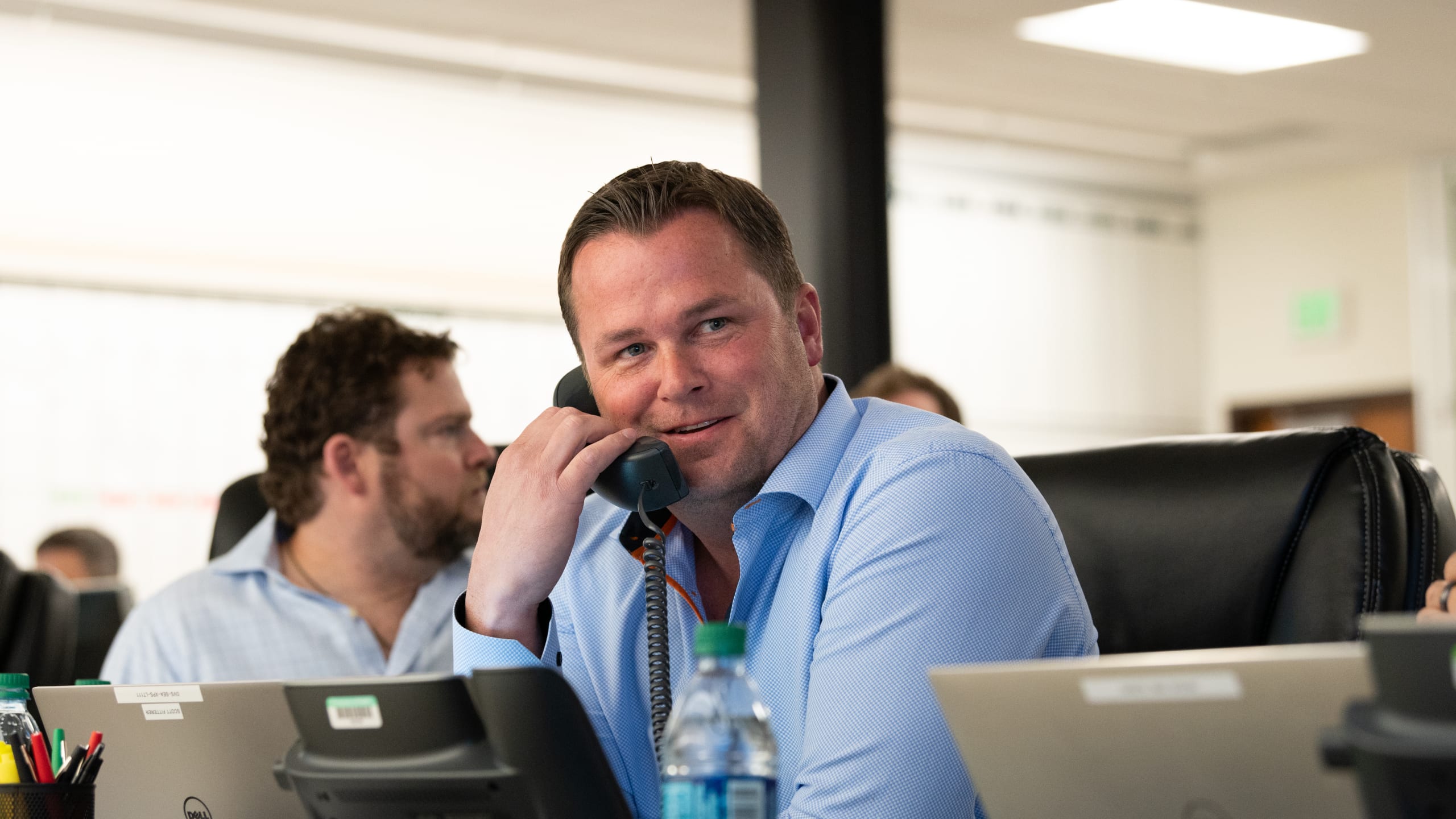 Since 2011, Seattle (where Fitterer was co-director of player personnel) has been comfortably the team most willing to part with their original first round pick, aggressively trading down as well as being more than willing to part with a first-round pick if they think they have a chance to land a key veteran. While some of their success in those trades can reasonably be called into question, there should be little doubt that the Panthers can’t just be assumed to stay where they start in the draft under Scott Fitterer in a way that they largely could under Marty Hurney.

The arguments in favor of trading down are ones that have been made before, but in general terms, it’s about maximizing the number of chances you have to hit on a pick – while the odds of doing so decrease the further back you are in the draft, they often don’t decrease as quickly as the value teams put on those picks. Ultimately, this strategy rests on the idea that teams are overly optimistic about their ability to identify star players and so are willing to overpay for the prospect they have identified as the next great thing. Matt Rhule also spoke to the advantages of a trade-down approach last week:

Related:   How The Panthers Can Follow The Seahawks Blueprint For Success

“We’re like the 30th or 31st team in terms of most picks,” said Rhule. “The more players you draft, the more chance you’re going to hit on one.”

Seattle’s 2019 draft is really a fantastic example of this approach coming to fruition.

There are a few lessons to learn from this experience: first, that the trade value chart works on the aggregate and can’t be rigorously applied to any one trade, though Seattle did fleece Marty Hurney somewhat for the 37th overall pick. Secondly, while the Seahawks didn’t necessarily nail every one of those picks, through having so many chances they were able to land a genuine star in DK Metcalf while also able to add a number of other players who have a chance to add depth or develop into contributors with time. Trading back is helped when a team is above-average at evaluating talent, but it doesn’t require it – the Seahawks likely made a poor choice with Marquis Blair based on the returns thus far, but because they were able to add picks that was more than mitigated by the returns of DK Metcalf.

Related:   Beyond The Numbers: Do Athletic Measurables Actually Matter?

A major part of the philosophy in Seattle was that once you get past the very top tier of talent, there is then a minimal difference from your chance of hitting on a player with the 25th pick or the 40th pick, and so by adding picks you are able to add extra chances without changing your odds on the first choice a huge amount.

“When you look at the draft, when you build the board, there’s a certain level of player that stops around 16, 17 or 18,” explained Fitterer. “So, once we’re picking at 25 we know we’re not getting those who we consider are going to come in and be impact players. We don’t see a big difference between 25 and 40 at that point. So we can move back, acquire picks and still get the same calibre of player that fits our team.”

Of course, it would also be foolish for the Panthers to enter the draft in any year set on trading back – while that first tier might only be 16 or 18 players, you never know how many teams in front of you might pick players outside of who you perceive that group to be – and you also can’t know what somebody is willing to give you for a given pick until you get there. In order to consistently make the correct decision, the Panthers need to set their board and do so with a clear idea of the gaps between players and then stick to that, something that Matt Rhule emphasized.

“You see where you’re sitting, you see who’s there, you see if there’s someone who you’re really convinced about, you see how many people are also there then you see how far you’re willing to move back,” said Rhule last week.

This year at least, however, the Panthers won’t be picking in that 20-30 range, but will start at least with the 8th overall pick. This of course means that a significant move down is unlikely, but Scott Fitterer was quick not to rule out a move that would allow them to move either up or down that plateau of elite prospects, that their spot in the draft order gave them “a lot of flexibility.”

This year at least then, it is a little unclear exactly what the Panthers will end up doing with regards to trades – it will almost certainly depend on how the board starts to fall.

If there is a player they have a step above the rest by the time it gets to the sixth pick, Fitterer has been clear about being aggressive when they think the opportunity is there. But if they have four or five players (or even more) at the same level come the eighth pick, then one can expect that they will certainly listen to offers that will allow them to move down while remaining in that group of prospects.

However, moving forward, it is clear that fans can expect the Panthers to be far more aggressive in trying to accumulate draft capital than they have been in the past, especially if they are able to be in a position similar to in Seattle where they are consistently picking in the 20s or even early 30s. Ultimately though, whether you trade up, trade down or stay put, you have to be able to identify talent, and develop it – however well the Panthers do in terms of adding draft capital, if they don’t draft the right players or can’t develop the talent they select, they are likely going to have a lot more chances to select players from that top tier than they would like going forward.