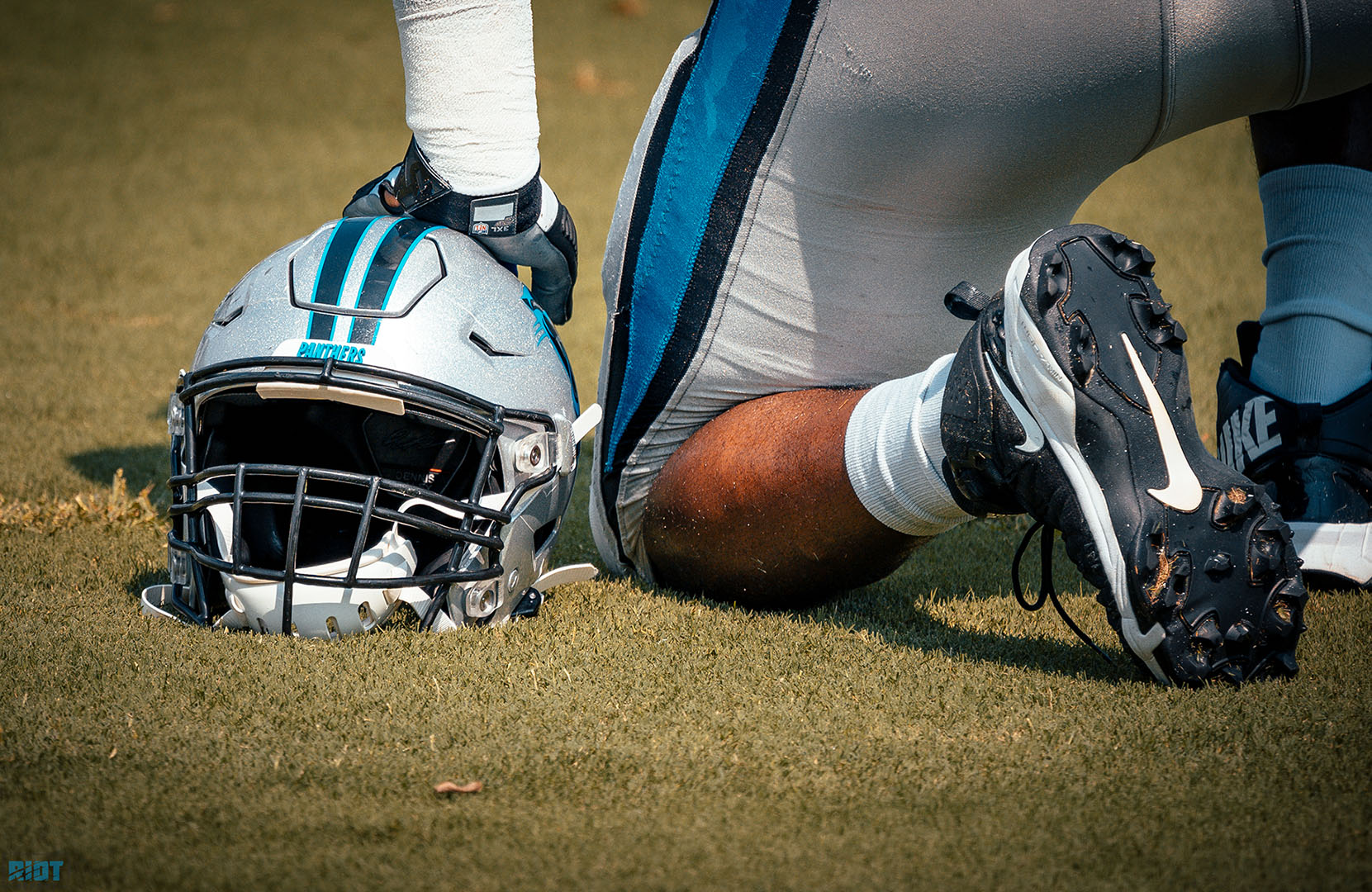 On Monday, the Panthers announced that the team has come to terms with 17 undrafted free agents.

After drafted seven defensive players in the 2020 NFL Draft, the team needed to make more addition to in order to fill out the roster of its offseason roster.

Panthers general manager Marty Hurney and head coach Matt Rhule were actually hard at work in the hours after the NFL Draft when hundreds of prospects suddenly become free agents, open to signing with any team. If history is any indication, undrafted free agents can end up making contributions on the field. For a young team like the Panthers, players may have more an opportunity to come in and make an immediate impact.

“The undrafted free agent process is unbelievably important,” Panthers head coach Matt Rhule said on Saturday night via Zoom conference call. “You’re going to find starters for every team, you’re going to find guys that will help your team. As we went through the free-agent process this year when we were talking about who we were going to pay millions and millions of dollars to, a lot of those guys not just us but other places, started in the NFL as undrafted free agents. I think over half the players in the NFL were undrafted free agents. So I don’t look at it like first-round player vs. seventh-round player, I look at it as just players. Everyone gets here differently, but it is about what you do when you get here.”

Some of the best players in NFL history have fallen through the cracks and went undrafted, including players like Hall of Famers Warren Moon, Kurt Warner, and John Randle. In recent memory, Phillip Lindsay signed with Denver in 2018 as an undrafted free agent and ended up being a Pro Bowler as a rookie.

Last season for the Bulldogs, Sutton recorded just six receptions for 112 yards. At 6-foot-6, 226 pounds, Sutton was used more as a blocker as he appeared in all 12 games for Fresno State.

Last season for the Golden Gophers, Smith rushed for 1,163 yards and eight touchdowns in 13 games. The Panthers are looking for a returner, and that’s also an area where Smith has experience. He averaged 15.3 yards per return in four seasons at Minnesota.

The Texas native recorded 11.5 sacks as a senior in 2019, the most in a season by an inside/middle linebacker in Badger history as he helped the team to a single-season school record 51 sacks.

The 6-foot-4, 325 pound Atlanta native, started the last two seasons at right guard for the Tigers. During his time at Auburn, Horton earned SEV Offensive Lineman of the Week honors.

Hights only played in 10 games during the last two seasons 23.4 yards per receptions for the Horned Frogs. He also tallied 327 career receiving yards and three touchdowns during his career at TCU

Last season for the Red Wolves, Bayless recorded 93 receptions for 1,653 yards and 17 touchdowns for the Red Wolves. He could potentially be an undrafted gem for the Panthers offense. Bayless was a third-team AP All-American in 2019 and the Sun Belt Player of the Year in 2019.

Mauigioa started all 13 games at center for the Cougars as he was rated the 2nd-best screen-blocking center in the Pac-12 Conference. At Washington State, Mauigioa, started in 39 straight games.

The 6-foot-3, 240-pound tight end had a breakout season for the Broncos last season as he recorded 51 passes for 642 yards and eight touchdowns as a senior. Ricci also received first-team All-MAC honors.

The 230-pound linebacker registered 69 tackles, 85 tackles for loss and 7.5 sacks in 2019. Mack received the Jim Tatum Award, given to the league’s top senior student-athlete, and was a finalist for the William V. Campbell Trophy, given to the college football player with the best combination of academics, community service, and on-field performance.

During his four year career, Franklin finished with 194 tackles in 53 games. Franklin reunites with Rhule, the coach who recruited him to Temple.

Ferris is a two-time first-team All-American, finishing the 2019 season leading the Frontier Conference with 119 tackles along with 10 tackles for loss and 3.5 sacks.

After his senior season at Baylor, Tecklenburg made the decision to retire but now has apparently changed his mind three months later. He was one of the Bears’ captains during the 2019 season as he played at both guard and center at Baylor as he was a second-team All-Big 12 honoree.

In his Gator career, Reese recorded 324 tackles (19.5 for a loss) and 3.5 sacks. He had 1 interception and recovered 2 fumbles. As a senior, Reese finished on the AP second-team after recorded 94 tackles and two sacks.

Hartsfield played in 48 games for the Rebels as recorded 167 tackles. He also earned All-SEC freshmen honors during his time at Ole Miss.

Adams played four seasons for the Owls as he recorded 94 tackles and 4.5 sacks with 10.5 tackles for loss. He earned Conference USA honorable mentions in 2019.

During his time in Oxford, Robinson recorded 81 tackles, 7.5 tackles for loss, and five sacks.