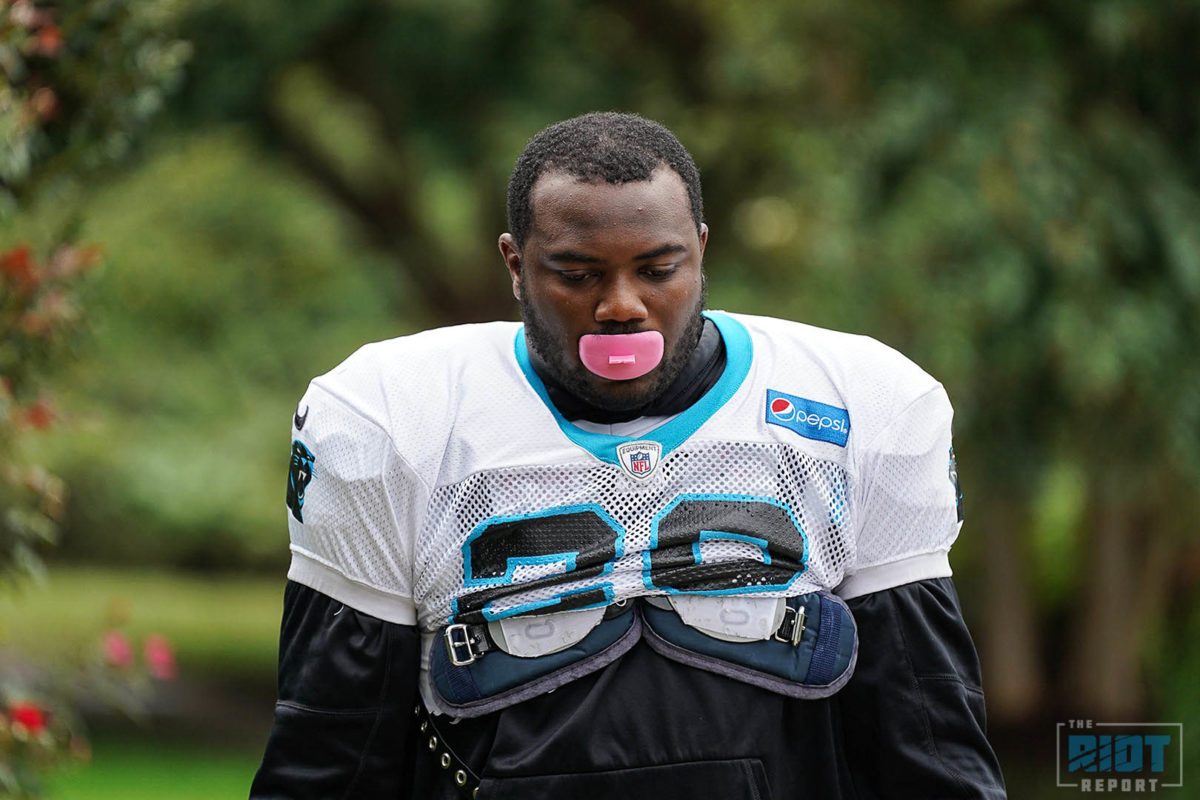 With Christian McCaffrey on pace for a record number of snaps for a running back, it didn’t seem as if there was room for CJ Anderson, who the Panthers inked to a one-year, $1.75m contract this offseason.

Turns out the Panthers agreed after the team waived Anderson Monday, giving him the chance to sign with another team ahead of Week 11 and perhaps contribute in a larger role; Anderson had only 24 carries for 104 yards to go with one reception, a 24-yard screen that went for a touchdown, through ten games.

Anderson was averaging six snaps per game, less than 10% of the offensive output thus far in 2018.

“When we signed C.J. in the spring he saw a bigger role than he has had, and honestly, at the time so did we,” general manager Marty Hurney told the team website. “But Christian McCaffrey has taken so much of the offense and so much of the plays, we just made the decision that this was the best thing for all parties involved.”

“Everybody has seen it. Christian is an all-around back who fits our offense perfectly – he’s a three-down player. He’s on the field all the time, and we feel really good about him.”

A source close to the situation said that Anderson did not ask for his release.

McCaffrey has over one thousand total yards on the season and eight touchdowns, including seven in the team’s past three games; he’s also been on the field for 96.3% of the team’s offensive snaps, which is the most for a running back in the NFL as he has already outcarried and outrushed the output of his rookie season.

Behind the 2017 eighth overall pick on the depth chart is currently Cameron Artis-Payne, who has only been active for two games this season but has shown in the past that he can slide into the team’s offense when needed – he has averaged 4.3 yards per carry in his career and 5.3 last season.

Anderson, who is 27 years old, will be placed on waivers – if he clears waivers, he will be free to sign with any team.

The Panthers used the roster spot to sign veteran running back Travaris Cadet to a one-year contract; the 29-year old journeyman has played with multiple teams including the Bills, Jets and Patriots after entering the league as an undrafted free agent with the New Orleans Saints – Cadet had 118 receptions in his previous seven seasons. The 6-1, 210 pound rusher has five times as many receiving yards as rushing yards in his career.

Cadet, who attended Appalachian State University, saw his 2017 season end on a sour note with an ankle injury; he spent the preseason with the Bills before being released ahead of Week 1.