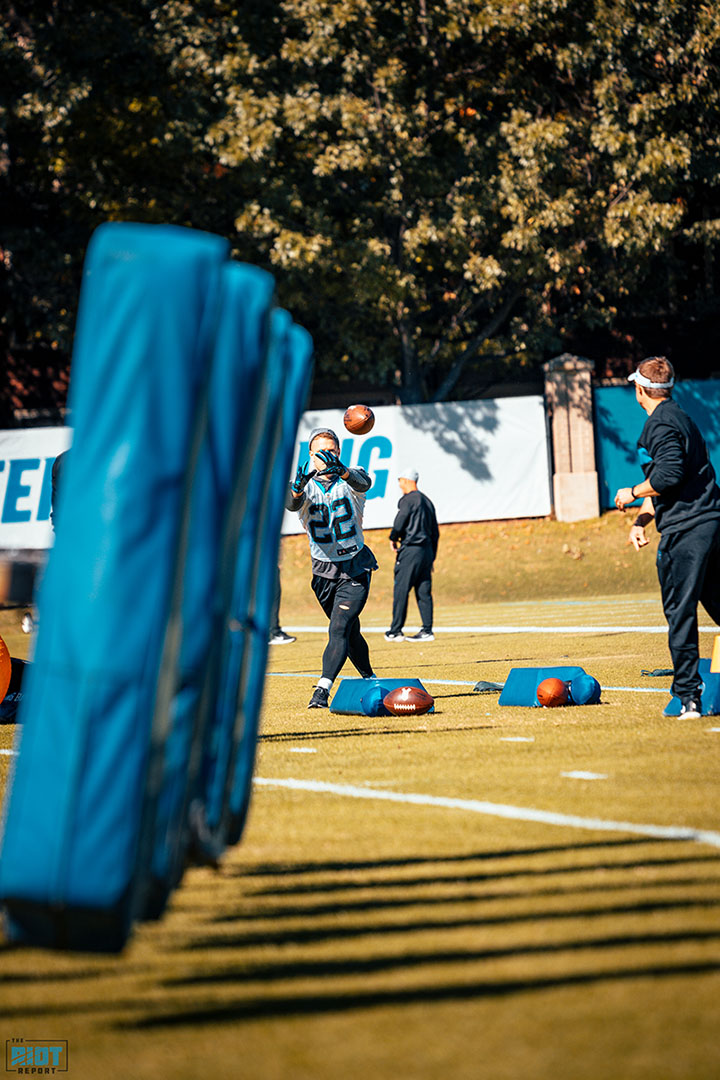 For the first time since Week 3, Cam Newton did not appear on the Panthers injury report, but that’s not a good thing.

Newton was placed on injured reserve Tuesday, cementing Kyle Allen as the Panthers quarterback for the rest of the 2019 regular season, but the Panthers were missing some key faces from the practice field on Wednesday – luckily, Ron Rivera says that at least two of them aren’t guys that you should be worried about.

James Bradberry left late in the Titans game with a groin injury, but Rivera isn’t worried about the Panthers’ #1 corner, who will be necessary as the team faces off with Aaron Rodgers and the Packers offense – Rodgers is one of only two quarterbacks in the league with more than 16 passing touchdowns and less than two interceptions this season.

“James has done well,” said Rivera. “He was out there during walkthrough taking the walkthrough reps – I think he’ll be out there tomorrow, I expect him to most certainly practice this week at some point – I think tomorrow, he may get some reps.”

The biggest name on the injury report is Christian McCaffrey, who has either not practiced or been limited during Wednesday practice in every week but one since Week 4 when he had a career-high 37 touches.

“It’s the new normal, I was waiting for you to ask,” said Rivera. “You asked last year and I knew you were going to ask again – this is one of the things that we have to be smart about; if a guy’s going to play that much and contribute that much, we have to be willing to do those things with him.”

The Panthers brought in defensive lineman Wes Horton, who had been with Carolina from 2013-2018 before hitting free agency this offseason, to take the roster opening created when the Panthers placed Newton on injured reserve – that addition is to take some practice reps from veterans like Gerald McCoy and be available just in case the back injury of Vernon Butler – who was not at practice but was in the locker room afterwards – lingers.

“We got a little concerned with Vernon tweaking his back the way that he did,” said Rivera. “We wanted a little insurance policy; with Wes, he’s a guy that’s been in our system, that knows our system. It’s a little bit different – some tweaks to it, but he’s played all those positions and he’s done a great job with it.”

Worth keeping an eye on is the appearance of Allen, who was listed with a shoulder as a full participant. Check out the full injury report here: