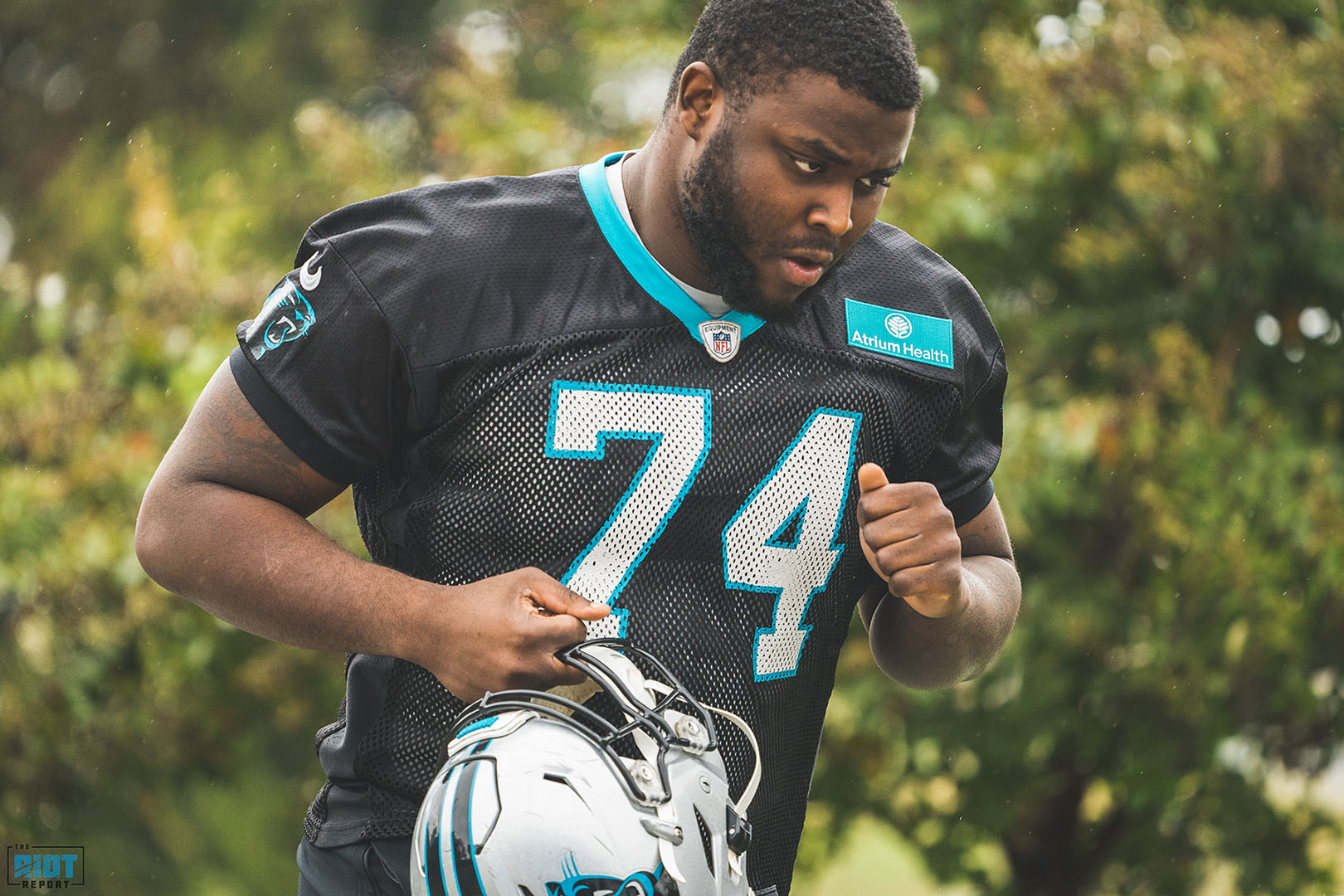 With the Panthers offensive line in flux – besides the team starting four different left tackles in seven games, they used an unusual rotation in last Sunday’s loss to San Francisco that saw Taylor Moton start on the left side before moving to the right side to replace Daryl Williams after a single series. Previous to the trip to the short-lived experiment, the Panthers had turned to rookie sixth-round pick Dennis Daley to start the two games previous to San Francisco – despite not starting, the rookie ended up playing 88% of the offensive snaps last week.

Help may be on the way.

Panthers second-round pick Greg Little, who started Week 4 in Houston to rave reviews, returned to practice and worked on the side with trainers, the next step in the concussion protocol as he works his way back from his second concussion during his Panthers’ tenure. While Little may not be able to clear the protocol – and even if he does, he may not be ready to play on Sunday – he will likely provide an upgrade and help the Panthers’ depth up front with his return.

“It’s all part of the protocol that he’s in and part of the steps that he has to take,” said Ron Rivera. “It was good to see him out there.” 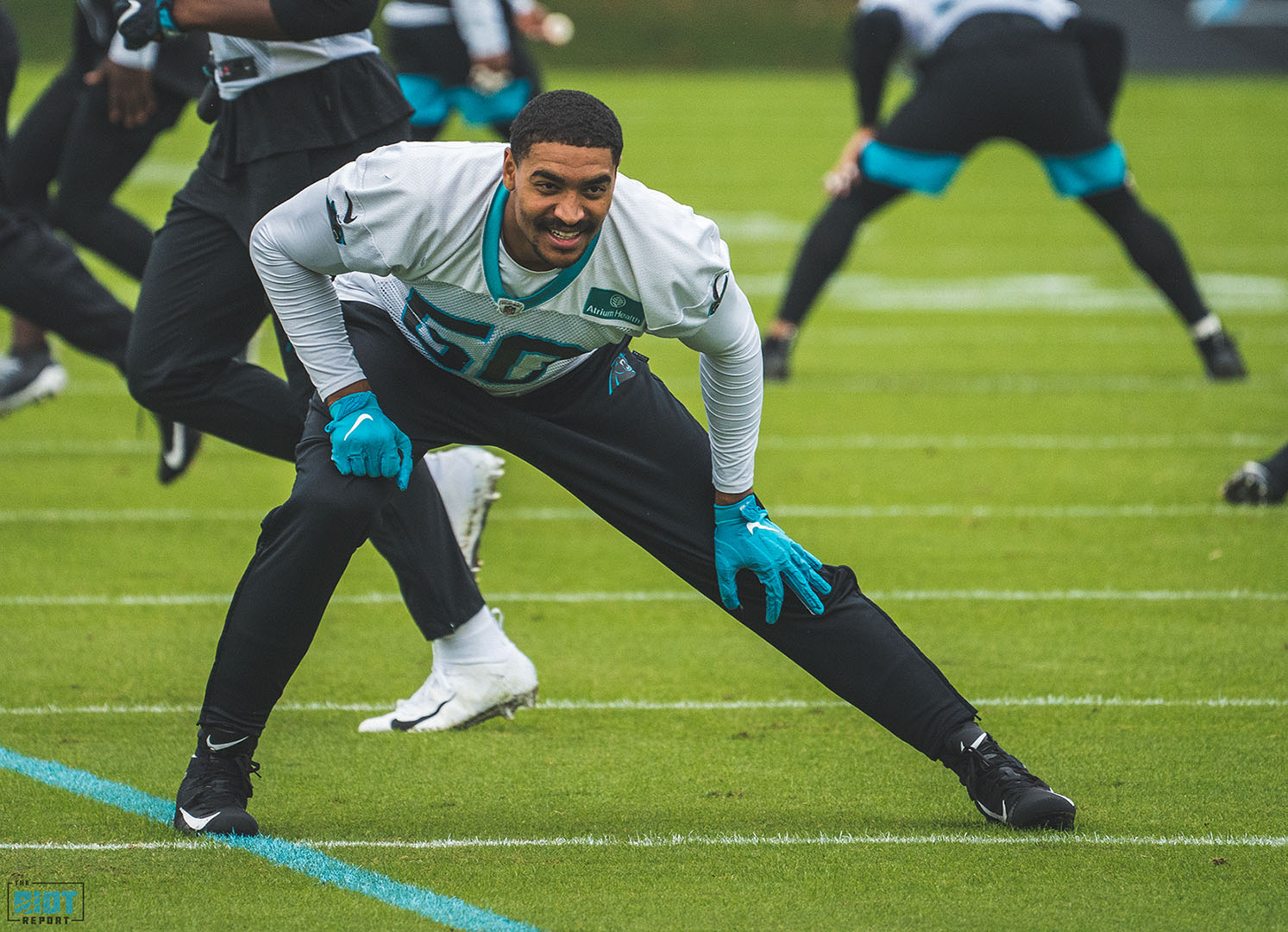 While Little worked on the side with multiple teammates – Eric Reid, Shaq Thompson, Jarius Wright, Vernon Butler, and Curtis Samuel all worked with trainers during the open portion of practice – Cam Newton, who had worked on the side last week, was not in attendance but was working inside due to the rainy weather and wet field conditions. Some assumed when the bubble was built that the Panthers would never practice outside if there was even the hint of weather, but that isn’t the case as the team likes having more space as well as the natural grass.

“[We kept Cam] out of the weather, [kept] him inside where he did his rehab today,” said Rivera. “We did a couple of our primary run periods outside, and then when we started throwing the ball, we went inside. So we took advantage of the little bit of a window that we had and we were able to get through most of our install, our individual and our special teams and then our two run periods.”

Christian McCaffrey was limited with a knee, but Rivera said it was more precautionary than anything else – Samuel, who hurt his shoulder laying out for a catch along the sidelines, was also held out. Rookie outside linebacker Christian Miller, who has missed the past two weeks with an ankle injury, participated for the first time since before the team’s bye.