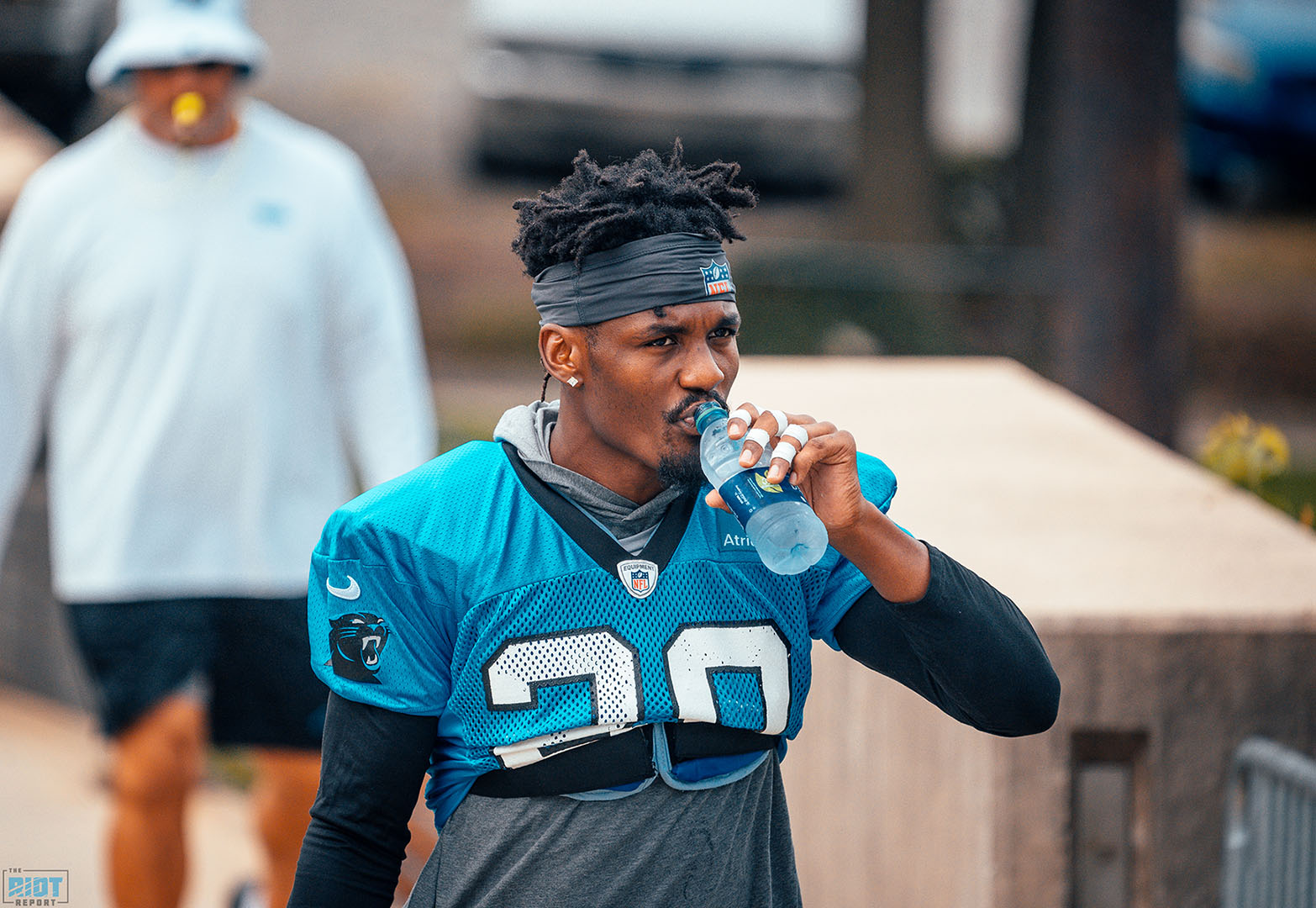 On the short week, it wasn’t a surprise to see Bruce Irvin held out of practice with the thought being that he can use the ‘mini-bye’ to get completely healthy ahead of the Panthers Week 3 game in Arizona, especially after the impact that Brian Burns was able to have on both the pass rush and in the run game – while Burns made some rookie mistakes, the Panthers are extremely happy with how he’s progressed through training camp and the offseason, showing the skillset that made him the 16th overall pick.

Greg Olsen, although he is listed as questionable and did not practice to start the week, practiced in full on Wednesday and said in the locker room that he will play. Rashaan Gaulden, however, was only able to practice in a limited fashion Wednesday and on the short week with a soft tissue injury like a groin, it wouldn’t be a shock to see the Panthers either limit his action or hold him out completely.

Greg Little, who has been in the concussion protocol since Week 3 of the preseason, had officially been cleared and has no injury status.

See the full injury report below: